Modest goals set in bid to save Syria truce 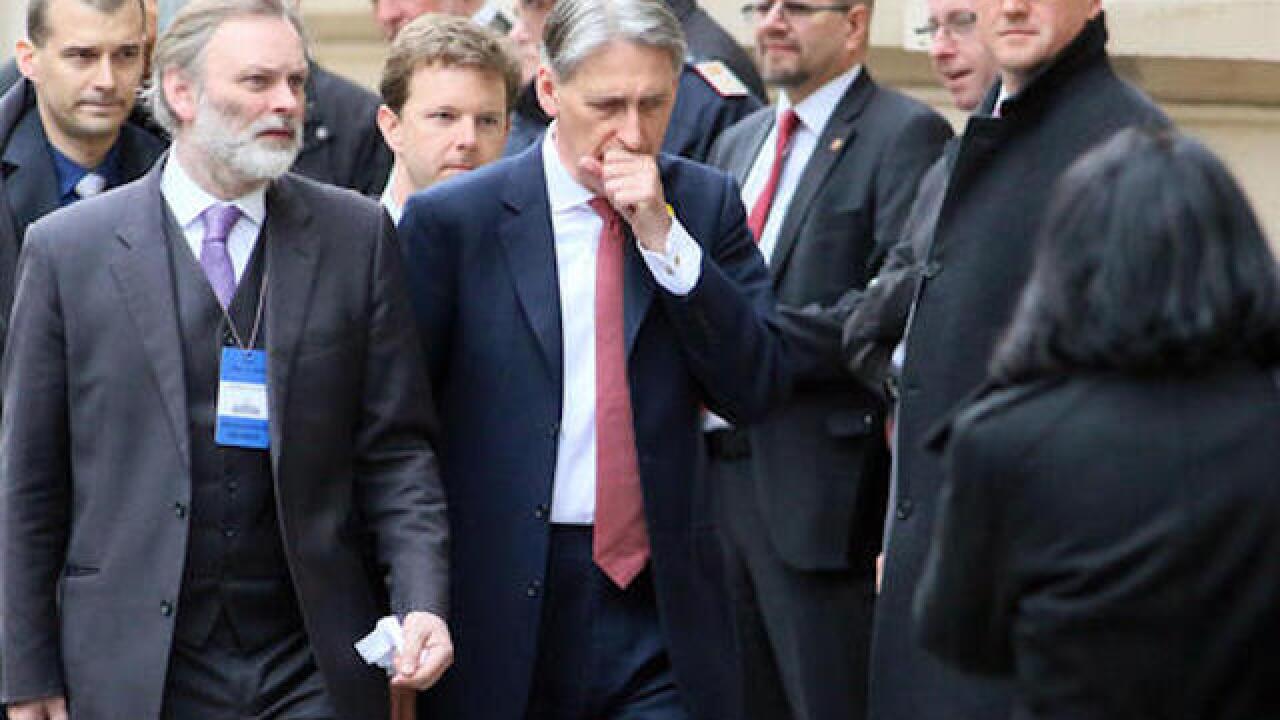 VIENNA (AP) — Seeking to salvage and reinforce a shaky truce, world and regional powers agreed Tuesday to try to turn the faltering pause in Syria's fighting into a comprehensive cease-fire and boost humanitarian aid deliveries with the hope of restarting peace talks.

But underscoring the difficulties in ending the five-year war that has left hundreds of thousands dead and fueled the rise of Islamic extremists, the more than 20 nations were not able to outline specific penalties for non-compliance with the truce and the U.N. special envoy for Syria was unable to announce a date for the resumption of negotiations on a political transition.

U.S. Secretary of State John Kerry said the participants set a June 1 deadline for the resumption of humanitarian aid to areas cut off from the outside world. Reading from a joint statement issued by the International Syria Support Group, he said that if land routes remain blocked, food aid will be air dropped and international pressure will be increased on those preventing such relief from getting through. Such pressure will also be applied to stop indiscriminate use of force by the Syrian military, Kerry added, without specifying what pressure the powers could apply.

The group also broadly agreed that "persistent non-compliance" with the truce could result in rebel forces being excluded from the agreement.

But beyond such pledges, the meeting did not devise any concrete ways to resolve the main problem standing in the way of peace — factional divisions. Without that, progress in ending the violence and reducing Syria's human misery can only be marginal and temporary.

Kerry said as much to reporters, declaring that to end the conflict "a variety of competing interests" are going to have to be reconciled.

"Those involved in this conflict with competing agendas are going to have to prioritize peace," he said.

One key division continues to be the fate of Syrian President Bashar Assad. Moscow opposes any attempt to forge a peace settlement that is conditional on his removal.

But Russian Foreign Minister Sergey Lavrov said his country's support of the Syrian regime did not constitute backing for Assad.

Instead, he said Russia supports "the fight against terrorism, and we don't see a better alternative to doing that than the Syrian army."

Britain nonetheless called for more leverage on Assad from Moscow, while Germany repeated the position held by the West and the Saudi-backed opposition that an agreement should outline steps leading to the end of the Syrian leader's rule.

"What we now need to see the Russians doing is calling their client to order and making sure that the Assad regime delivers on the obligations that Russia is making on its behalf in these meetings," said British Foreign Secretary Philip Hammond. German Foreign Minister Frank-Walter Steinmeier asserted the Syrian leader must bow out "because there can be no lasting future for this country with Assad."

Kerry questioned suggestions that Assad was immune from international pressure to agree to a settlement, implying that unspecified other means could be applied if the Syrian leader remains obstinate.

If Assad "has reached a conclusion that there is no Plan B, he has done so without any foundation whatsoever, and it's very dangerous, dangerous," Kerry said.

In a nod to Moscow, Assad's key international backer, Kerry said Russia "has made it very clear" that Assad has signed on to commitments that include participation in peace talks, constitutional change and elections.

"But he has yet to live up to the first one, which is to participate fully in the Geneva talks on a political transition," he said.

The diplomats at the talks also called on all parties to dissociate themselves from the Islamic State and the al-Qaida affiliate, known as the Nusra Front, Kerry said.

Those comments reflect international concerns about attempts by Islamic radicals to form alliances with Syrian rebels, a worry Lavrov said all participants at the talks share.

"In particular, we have the problem of al-Nusra," he said. "It is changing, it makes alliances with groups in the cessation of hostilities."

The talks, which included foreign ministers or other senior officials from more than 20 countries and organizations, were convened after discussions meant to reduce differences between rival factions sputtered last month in Geneva as fighting flared.

The current effort to end the five-year Syria conflict was largely spearheaded by Kerry and Lavrov, backed by major global and regional powers that formed the International Syria Support Group.

A truce brokered by the U.S. and Russia sharply reduced violence in March, but that truce has been steadily eroding. The Vienna conference was called after U.N. Syria envoy Staffan de Mistura appealed last month to Washington and Moscow to directly intervene in putting the Syria dialogue back on track.

The Geneva talks foundered after the Western- and Saudi-backed opposition suspended formal participation in the indirect talks with Assad's envoys to protest alleged government cease-fire violations, a drop in humanitarian aid deliveries and no progress in winning the release of detainees in Syria.

Reflecting the lack of substantive progress in Vienna, de Mistura did not say when the Geneva talks would reconvene but warned of further delay in trying to end a war that has claimed about 300,000 deaths, left about 12 million people homeless and made refugees of 5 million Syrians.

"We cannot wait too long," he said. "We want to maintain momentum."