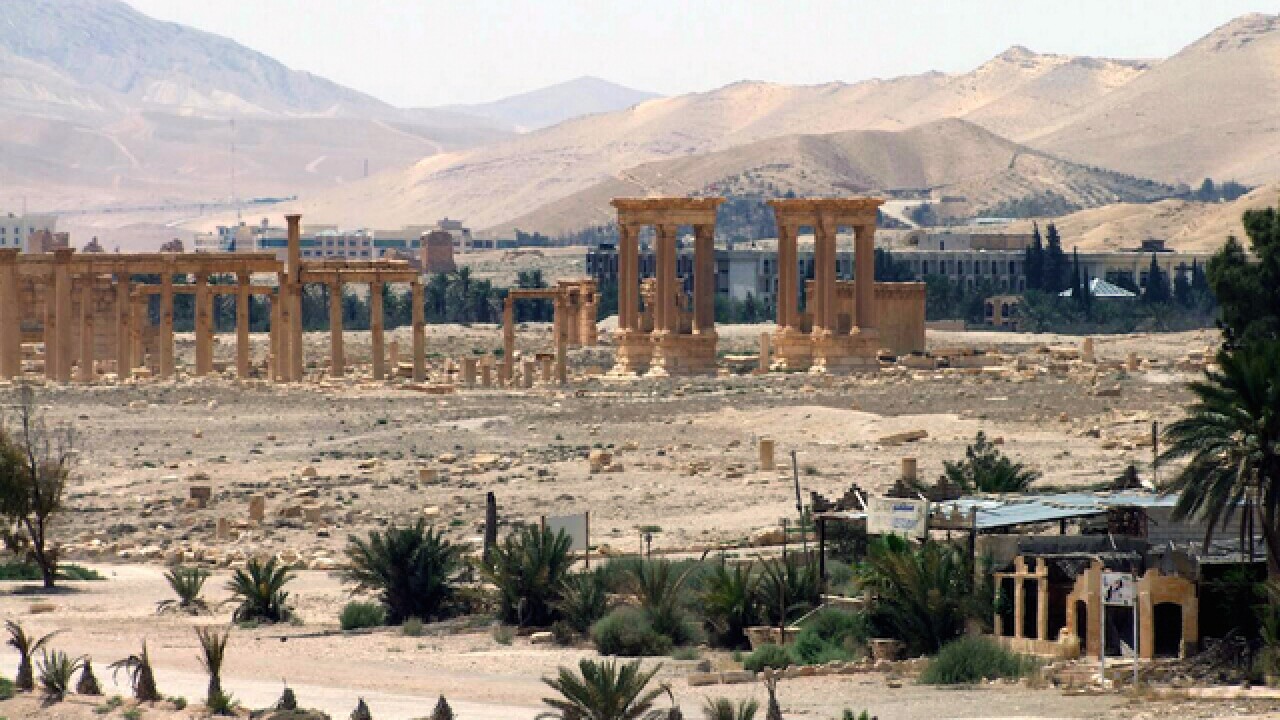 BEIRUT (AP) — In a brazen assault near the Syrian capital, Islamic State militants on Thursday abducted 300 cement workers and contractors in an area northeast of Damascus, Syrian state TV reported as fighting elsewhere in the country also worsened.

Meanwhile, the U.N. special envoy for Syria said the next round of peace talks in Geneva was expected to start next week, around April 13. Staffan de Mistura said the new round should focus on a political process that he hoped would lead to a "concrete or real beginning of a political transition."

State TV said Thursday's mass abduction of workers from the al-Badia Cement Company took place in Dumeir, an area where militants launched a surprise attack against government forces earlier this week. State-run news agency SANA quoted a source in the company as saying that there has been no success in efforts to establish contact with any of the workers.

The Britain-based Syrian Observatory for Human Rights, which monitors the Syria conflict, said earlier in the day that contact was lost with dozens of workers in Dumeir.

No further details of the abduction were immediately known and there has been no claim of responsibility. Mass abductions have taken place on occasion in Syria during the country's devastating civil war, now in its sixth year, most often of religious minorities such as Christians.

The abduction came as fighting with IS militants raged in northern Syria on Thursday. Syrian opposition fighters have advanced on strongholds of the Islamic State group, including the IS-held town of al-Rai in northern Aleppo along the border with Turkey.

De Mistura told reporters in Geneva that he is also embarking on a tour that will take him to Damascus and the Iranian capital of Tehran and possibly also the Jordanian capital, Amman, in search of an understanding about what could be a framework of a political transition.

Two rounds of "proximity talks" involving Syrian opposition and government representatives in Geneva have ended without any progress on ways to end the war in Syria, now in its sixth year.

Earlier Thursday, Jan Egeland, de Mistura's humanitarian aid adviser, said he is "disappointed" with recent efforts to get aid convoys into hard-to-reach and besieged areas, and called on the government to "live up to its promises."

Also speaking in Geneva, Egeland told reporters that "April was supposed to be our best month" but that aid delivery is "not getting better and better, it's actually slowing down."

Humanitarian assistance to Syria's people is part of an international response to the country's crisis that also includes a U.S.-Russia-brokered cease-fire that has largely held over the last month.