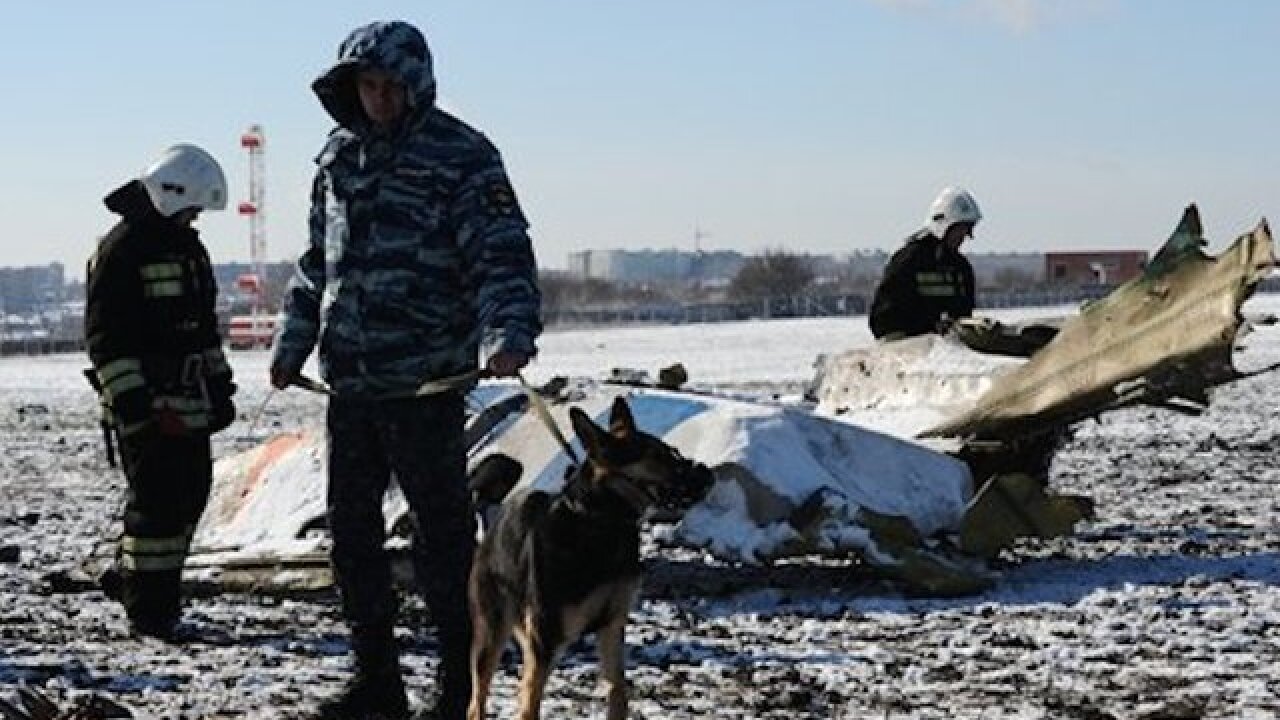 Copyright Associated Press
<p>Russian Police and Emergency Ministry employees investigate the wreckage of a crashed plane at the Rostov-on-Don airport, about 950 kilometers (600 miles) south of Moscow, Russia, Sunday, March 20, 2016. Winds were gusting before dawn Saturday over the airport in the southern Russian city of Rostov-on-Don when a plane carrying 62 people from a favorite Russian holiday destination decided to abort its landing. (AP Photo)</p>

MOSCOW (AP) — A top Russian aviation official says it's going to be very difficult to extract the data from a FlyDubai plane that crashed in southern Russia, hampering the investigation into the tragedy that killed all 62 people aboard.

He told Russian state television that the black boxes from the Boeing 737-800 were damaged to the point that the experts could not immediately read the data. He said, however, that they have copied data from the data recorder and have yet to do that for the voice recorder. Once it's done, the experts will see if they can extract the data, he said.

"In favorable circumstances, we will get preliminary results in a month," Zaiko said.

The plane nosedived and exploded in a giant fireball before dawn on Saturday on the runway of the Rostov-on-Don airport after trying to land for a second time in strong winds.

Flights to Rostov-on-Don resumed Monday morning after intensive work to remove the wreckage of the pulverized plane and repair damage to the runway from the crash, which left a large crater.

The cause of the crash is not known but several planes had trouble landing at the airport due to strong winds at the time of the crash.

Most of the passengers were Russian vacationers.