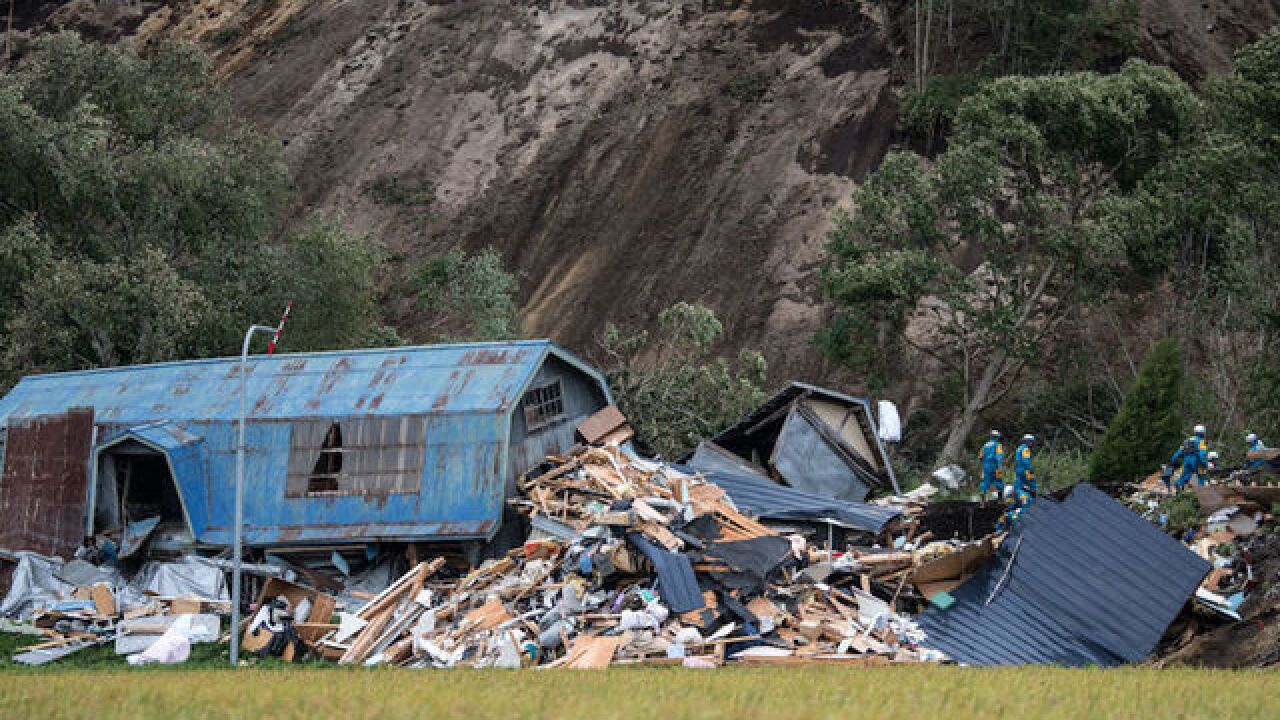 Image copyright 2018 Getty Images. All rights reserved. This material may not be published, broadcast, rewritten, or redistributed.
Carl Court
<p>Rescue workers search through the rubble of buildings that were destroyed by a landslide caused by an earthquake, on September 7, 2018 in Atsuma near Sapporo, Japan. Thirty-seven people are now known to have been killed with many still missing and hundreds injured after a powerful 6.7-magnitude earthquake struck the northern Japanese island of Hokkaido in the early hours of Thursday triggering landslides and widespread disruption. </p>

The death toll in the magnitude 6.7 earthquake that struck Japan on Thursday has risen to 37, the country's Fire and Disaster Management Agency said.

The quake is the latest in a string of natural disasters that have hit Japan recently, including deadly floods, typhoons, earthquakes, landslides and heatwaves.

The number of confirmed dead and injured in the quake on the northern island of Hokkaido has risen steadily from the nine reported Friday.

Near the epicenter, landslides wiped out houses in the tiny town of Atsuma, home to 40 residents.

Photos from Sapporo, Hokkaido's main city on the western part of the island, showed huge cracks in the street and buried houses.

As many as 40,000 people, including 22,000 troops from the country's Self Defense Forces, have been involved in the rescue efforts.

Thursday's earthquake comes as much of Japan is still dealing with the effects of Typhoon Jebi, the strongest such storm to hit the Japanese mainland in 25 years.

High winds smashed a tanker into a bridge, forcing one of the country's largest airports to close and leaving at least 10 people dead.