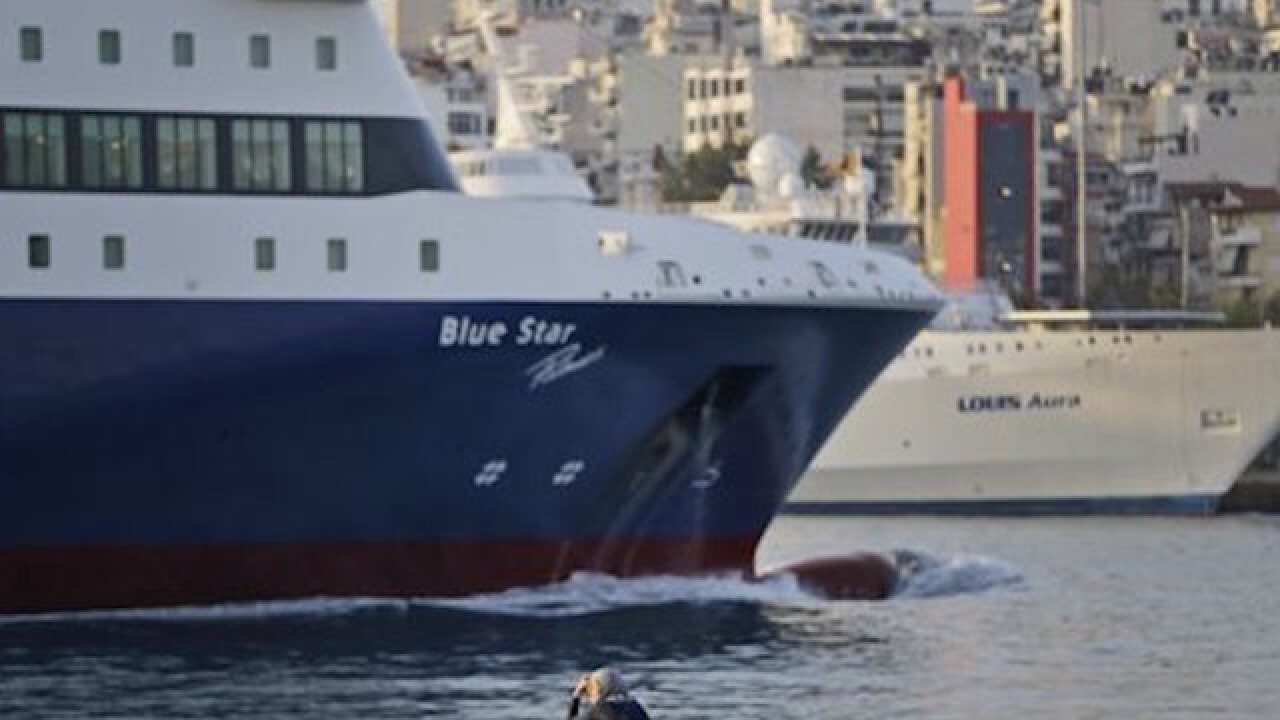 Copyright Associated Press
Lefteris Pitarakis
<p>A migrant sits at a promenade of the Athens port of Piraeus, Thursday, April 7, 2016. The European Union took its first steps Wednesday toward a fundamental reform of its defective migration policy, which has heaped huge pressure on some nations like Greece as over a million migrants and refugees surged into the continent over the past year. (AP Photo/Lefteris Pitarakis)</p>

PIRAEUS, Greece (AP) — Authorities in Greece say thousands of migrants and refugees camped out at the country's largest port near Athens have been given two weeks to move to army-built camps voluntarily or be expelled by force.

The warning issued Thursday came as nearly a third of the 52,000 migrants stranded in Greece by European border closures are refusing to move to organized shelters and remain camped out at the port of Piraeus and at the northern border with Macedonia.

More than 4,000 migrants remain at Piraeus, which as the main port linking the mainland with vacation islands is important for Greece's vital tourism industry. It is also one of Europe's busiest ferry ports.

"Every effort will be exhausted to persuade refugees and immigrants that it is in their own interest for them to move," a statement from the Greek coast guard said. "There is a 10-15 days timeframe for them to leave the port."

Athens has toughened its position toward migrants since a March 20 agreement between the European Union and Turkey went into effect. Some 4,000 migrants and refugees who reached the Greek islands from Turkey after that date are in detention, with most due to be sent back to Turkish ports. The deportations started Monday and are expected to resume Friday.

More than a million refugees and migrants reached the EU last year, most traveling through Greece and across the Balkans to central Europe.

At Piraeus on Thursday, Interior Ministry officials and translators spent hours trying to persuade migrants to move to a new camp in northern Greece, showing them aerial photographs of the site and explaining what facilities are available.

"We are trying to explain that the new camps have good facilities and that people there will be able to fill out their asylum applications there," volunteer translator Ilias Iakovou told the AP. "But people are afraid to go because they fear they will be cut off and will run out of money. They feel safe if they are near Athens."

Iranian migrant Ahmad Devidjan said he wasn't sure whether he should move.

"I've been in Greece for 19 days. I went two times to the border with Macedonia, but it was closed. Now I'm back here," Devidjan said. "I have a brother in Germany. He's a teacher. I want to go there."