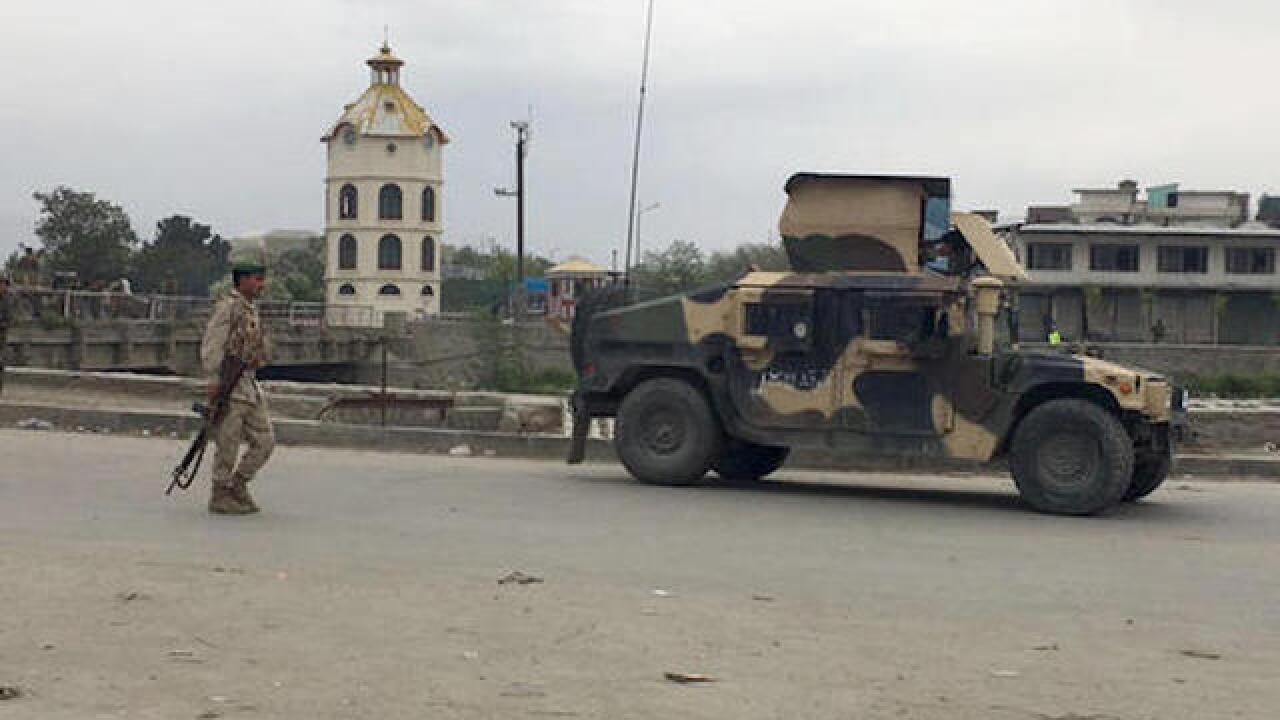 KABUL, Afghanistan (AP) — Armed militants in Afghanistan staged an assault on a government security agency in the capital Tuesday morning, killing at least 28 people and wounding more than 320. The Taliban has claimed responsibility.

The attack, including a suicide car bombing, appears to have targeted an agency similar to the U.S. Secret Service — providing protection for high-ranking government officials.

Sediq Sediqqi, spokesman for the Interior Ministry, said during a press conference that two militants were involved in the attack. One drove the small truck rigged with hundreds of kilograms of explosives. The second entered the compound in the aftermath of the explosion and opened fire before he was eventually killed.

Sediqqi said the car bomb caused massive damage to buildings and vehicles in the area and added that the death toll could rise.

"With no doubt there was a security vacuum and that needs to investigated, it is too early to comment on that right now," he said.

Ismail Kawasi, spokesman for the Public Health Ministry, said so far 327 wounded have been brought to area hospitals.

"This was one of the most powerful explosions I have ever heard in my life," said Obaidullah Tarakhail, a police commander who was present when the attack began. Tarakhail said he couldn't see or hear anything for 20 minutes after the initial explosion. "All around was dark and covered with thick smoke and dust," he said.

Taliban spokesman Zabihullah Mujahid claimed responsibility for the attack. Taliban insurgents have stepped up their attacks recently since announcing the start of their spring offensive last week.

The attack in Kabul comes four days after another attack by Taliban insurgents in northern Kunduz province which was repelled by the Afghan security forces.

Officials in Kunduz said that security has improved in the city and that the Taliban were defeated in other parts of the province, but operations were still underway to clear militant fighters from the rest of the province.

The Taliban held Kunduz for three days last year before being driven out by a two-week counteroffensive aided by U.S.-airstrikes. It was their biggest foray into an urban area since 2001.