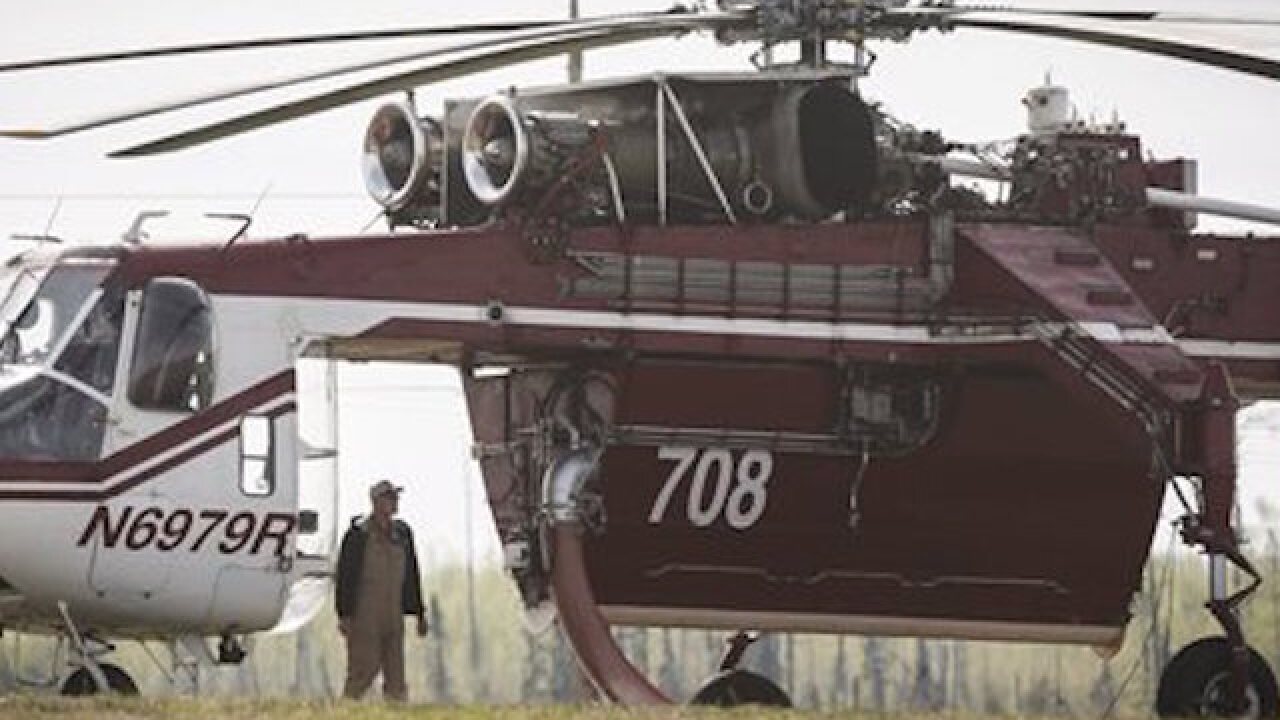 The Canadian Press via AP
Jeff McIntosh
<p>Crew members of a heavy lift helicopter helping with the Fort McMurray wildfire stand by their helicopter at a staging base near Conklin, Alberta, Saturday, May 7, 2016. Canadian officials feared the massive wildfire could double in size by the end of Saturday as they continue to evacuate residents of fire-ravaged Fort McMurray from work camps north of Alberta's oil sands city. (Jeff McIntosh/The Canadian Press via AP) </p>

FORT MCMURRAY, Alberta (AP) — Canada's Prime Minister landed in Fort McMurray on Friday and boarded a military helicopter to assess the damage caused by a raging wildfire that forced the evacuation of more than 88,000 people in the country's oil sands capital.

Justin Trudeau arrived almost two weeks after a massive wildfire ignited, tearing through the Alberta town and surrounding areas, causing several oil sands operations to shut down. Alberta officials say they will have a plan within two weeks for getting residents back into their homes.

Trudeau was scheduled to tour one of the city's damaged neighborhoods and visit with first responders and volunteers. He planned to meet with Alberta Premier Rachel Notley later in the day.

Alberta officials say 2,432 structures have been destroyed, 530 damaged and 25,000 saved. The fire is now 930 square miles (2,410 square kilometers) in size and has moved away from the city. It's expected to burn in forested areas for at least a few more weeks.

More than 80,000 evacuees have begun receiving direct financial assistance from the Alberta government and the Canadian Red Cross as officials asked for patience in getting residents home.

Canadian Red Cross chief executive Conrad Sauve has said that each adult will receive $600 Canadian (US$467) and each child will get $300 Canadian (US$234) in what he called the most important and fastest direct cash transfer in the organization's history. It totals $50 million Canadian. (US$39 million).