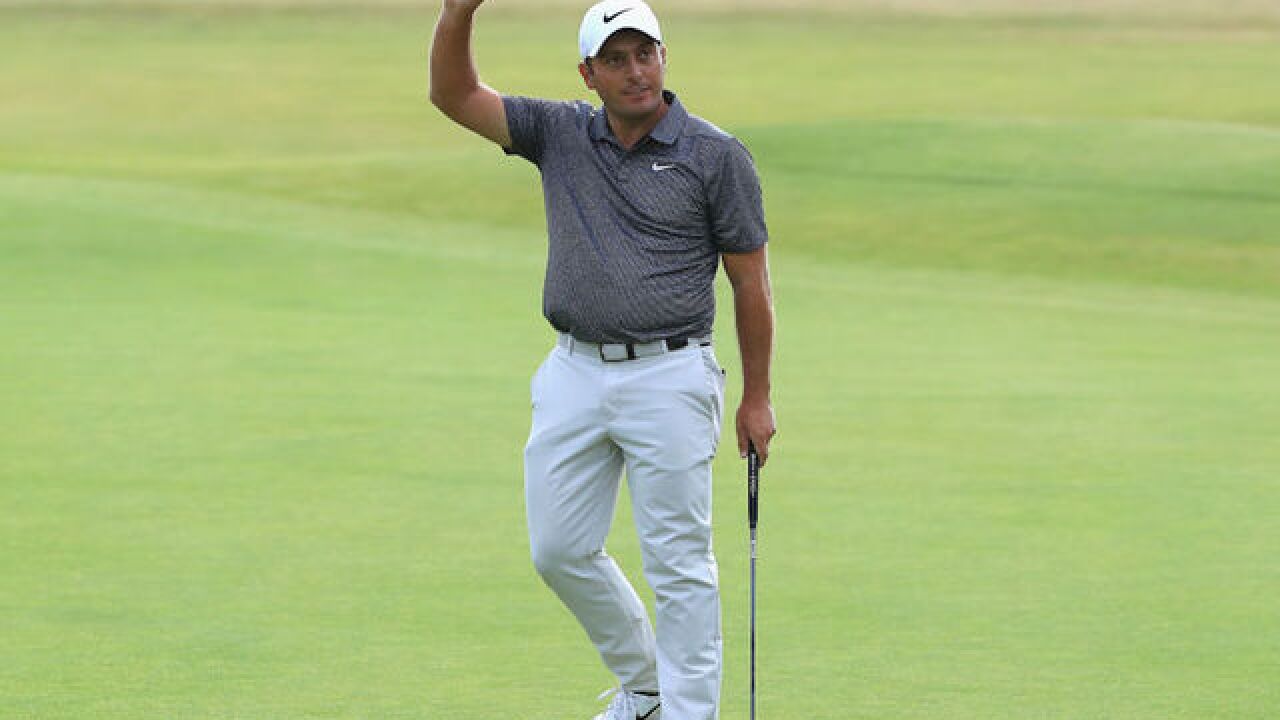 Image copyright 2018 Getty Images. All rights reserved. This material may not be published, broadcast, rewritten, or redistributed.
Sam Greenwood
<p>Francesco Molinari of Italy celebrates a birdie on the 18th hole during the final round of the 147th Open Championship at Carnoustie Golf Club on July 22, 2018 in Carnoustie, Scotland. </p>

Francesco Molinari became the first Italian man to win a major with victory in the British Open on an absorbing final day at Carnoustie.

The 35-year-old birdied the last for a round of 69 to finish eight under and watched as American Xander Schauffele, playing in the last group, fell short.

Molinari, the world No.15, ended two shots clear of Schauffele, Rory McIlroy, Kevin Kisner and Justin Rose, who had to birdie the last on Friday to make the weekend cut.

Tiger Woods' fairytale of a 15th major and first for 10 years looked a very distinct possibility when he took the lead with nine holes to go, but the former world No.1 struggled over the back nine to fall away.

Defending champion Jordan Spieth was tied for the lead with Schauffele and Kisner overnight but slipped away with a closing 76 to end four under.

Molinari, the world No.15, has been in fine form this season with a victory apiece on the European and PGA Tours.

The two-time European Ryder Cup player teamed up with his brother Edoardo in the biennial competition in 2010 and scored a half point against Woods to secure outright victory in his singles match in the 2012 competition in Chicago, dubbed the "Miracle of Medinah" after Europe fought back to win from a seemingly impossible position.