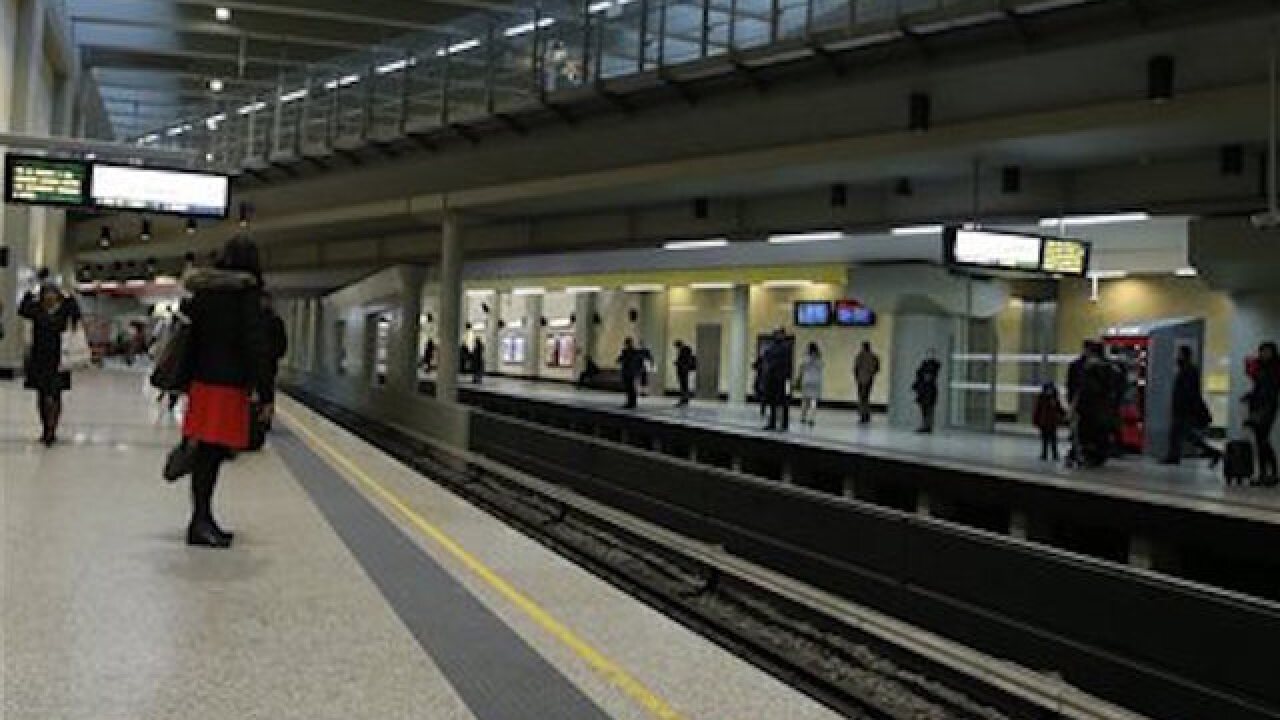 Copyright Associated Press
Alastair Grant
<p>Commuters take the metro as they return to work after the easter holidays in Brussels, Tuesday, March, 29, 2016. The mayor of Brussels, holding special meetings in Paris after deadly attacks on his city, says the European Union's capital can never go back to "normal" again. Yvan Mayeur met with Paris Mayor Anne Hidalgo in the French capital's neo-Renaissance city hall Tuesday for discussions on how Paris reacted to the November attacks. (AP Photo/Alastair Grant)</p>

BRUSSELS (AP) — One week after the airport and subway attacks in Brussels, Belgium's justice minister on Tuesday pleaded for an end to the political backstabbing about what went wrong in the investigation and handling of violent extremism, as authorities hunted for fresh clues about the network behind the killings and last year's Paris bloodshed.

Investigators are still looking for at least one suspect in the March 22 attacks that killed at least 35 people. Due to Belgium's complex decision-making processes, criticism has grown that the country is a soft target and that its security services are ill-equipped to deal with extremist networks.

"Now is not the time to fight one another. As far as I know, the enemy is in Syria," Justice Minister Koen Geens said Tuesday.

In the wake of the Paris attacks that killed 130 people, Belgium came under intense criticism since much of the atrocity was at least prepared and coordinated in and around Brussels, and several of the attackers were Belgian or had lived in Brussels for a long time.

In recent days, there have been accusations that investigators should have picked up the scent of the attackers well before March 22. One of the suicide bombers, Ibrahim El Bakraoui, had been caught near Turkey's border with Syria in 2015 and Ankara says it had warned Belgium and the Netherlands that he was "a foreign terrorist fighter." Authorities in Brussels said they did not know he was suspected of terror-related activities until after he was deported to the Netherlands.

Brussels mayor Yvan Mayeur, who is facing criticism for his own actions before and after the suicide bombings, said in Paris on Tuesday, that "there are certainly some analyses to be done on the investigation. Were there mistakes? Did we miss anything? Certainly. Otherwise these attacks would not have happened."

He said his city, which is headquarters to European Union institutions, could never go back to "normal" again. "There's no such thing as 'normal' anymore. That's a concept we have to revisit."

Paris Mayor Anne Hidalgo pledged solidarity with Belgium as it begins "a long and painful process of grieving and reconstruction."

The airport has yet to reopen since the attacks but it has been testing a temporary check-in system for use in the coming days. The subway system is mostly running again, though under heavy guard.

The Maelbeek station, hit by a suicide bomber in the morning rush hour, remained closed. One stop away, Franz Alderweireldt, 82, who takes the subway every day, said "I think this is not over."

He said that "when terrorists plan an attack, they will do it no matter what, even if there are dozens or hundreds of soldiers or police on the street."