Belgian train slams into another 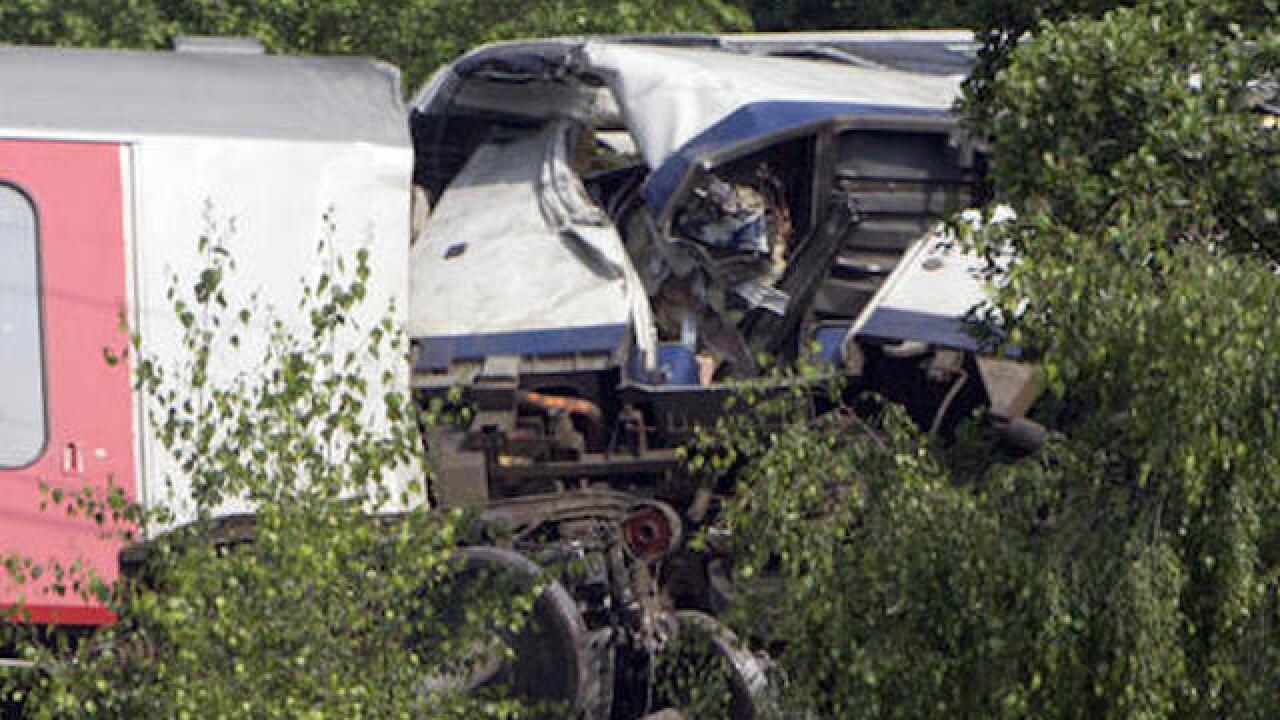 HERMALLE-SOUS-HUY, Belgium (AP) — A late-night passenger train slammed at high speed into a slow-moving freight train in eastern Belgium, killing three people and sending nine others to the hospital, authorities said Monday. The accident came just hours after reported lightning strikes and a signal disruption on the line.

Nine people were hospitalized, some in critical condition, and the death toll could rise, said Francis Dejon, mayor of St. Georges-sur-Meuse. Twenty-seven other passengers were treated at the scene.

Dejon told a news conference that the passenger train's first car was so badly damaged "it was curled back on itself." The second of the six cars also derailed and came to a stop listing to the side.

Belgian railway police and state prosecutors were investigating the cause of the accident.

State broadcaster RTBF said the dead included two passengers and the train's driver. RTBF TV reported many of the passengers were students in their early 20s returning to school after the weekend.

It took rescuers three hours to free people from the wreckage of the train, which carried around 40 people when it crashed 17 miles (27 kilometers) southwest of the city of Liege while traveling from Mouscron to Liers.

The wheels and axle of one train car were knocked loose by the impact. A large chunk of wreckage jutted up from the freight train of around 20 cars.

Belgium's national railway operation, SNCB, reported on its Twitter account Sunday that there was "a signals disruption" on the rail line about an hour and a half before the wreck occurred, but said the problem had been solved.

A spokesman for Infrabel, a separate company that oversees Belgium's rail infrastructure, said installations where the wreck occurred "were hit by lightning" earlier Sunday.

"It's an element we're going to have to look at, but it's premature to see this as the cause of the accident," spokesman Frederic Sacre said.

The wreck halted train service between Namur and Liege, two of Belgium's largest cities, and an SNCB spokeswoman said it could take several days to clear the tracks.

Leroy, the prosecutor, said it may be months before the crash investigation is complete.