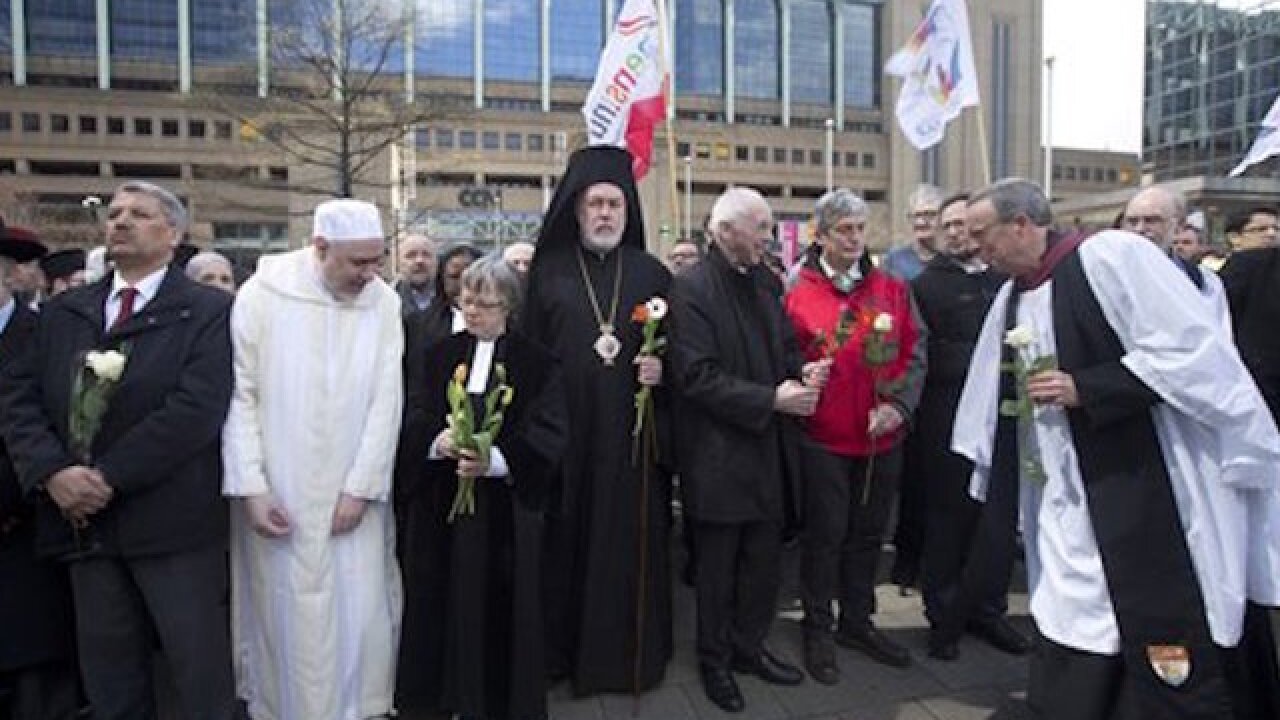 Copyright Associated Press
Virginia Mayo
<p>Leaders of different faiths and religions prepare to march in Brussels on Sunday, April 17, 2016. Thousands of people have rallied in Brussels for a ìmarch against hateî in the wake of the suicide bombings in the city last month. (AP Photo/Virginia Mayo)</p>

"Signals appear to suggest that IS has again sent fighters to Europe, to our country," Paul Van Tigchelt, the head of Belgium's security threat analysis center, told reporters in Brussels Tuesday. He did not elaborate.

Belgium has been on at least its second highest alert level for four months — since the week after the November 13 attacks in Paris — with troops and extra police mobilized.

Federal Police spokesman Peter De Waele said surveillance cameras are being monitored full time and that car number plate reading devices are in use around the airport. More than 50 suspect packages have been dealt with since the Brussels attacks, he said.

"The threat is still there, it's serious and possible," Van Tigchelt said. "We have to stay alert."

Van Tigchelt said the continued high alert level was not based solely on the Paris-Brussels network, some of whose acts were prepared in the Brussels suburb of Molenbeek, where several extremists have lived or traveled through.

"There are several ongoing investigations," Van Tigchelt said. He declined to be drawn on the exact nature of the threat.