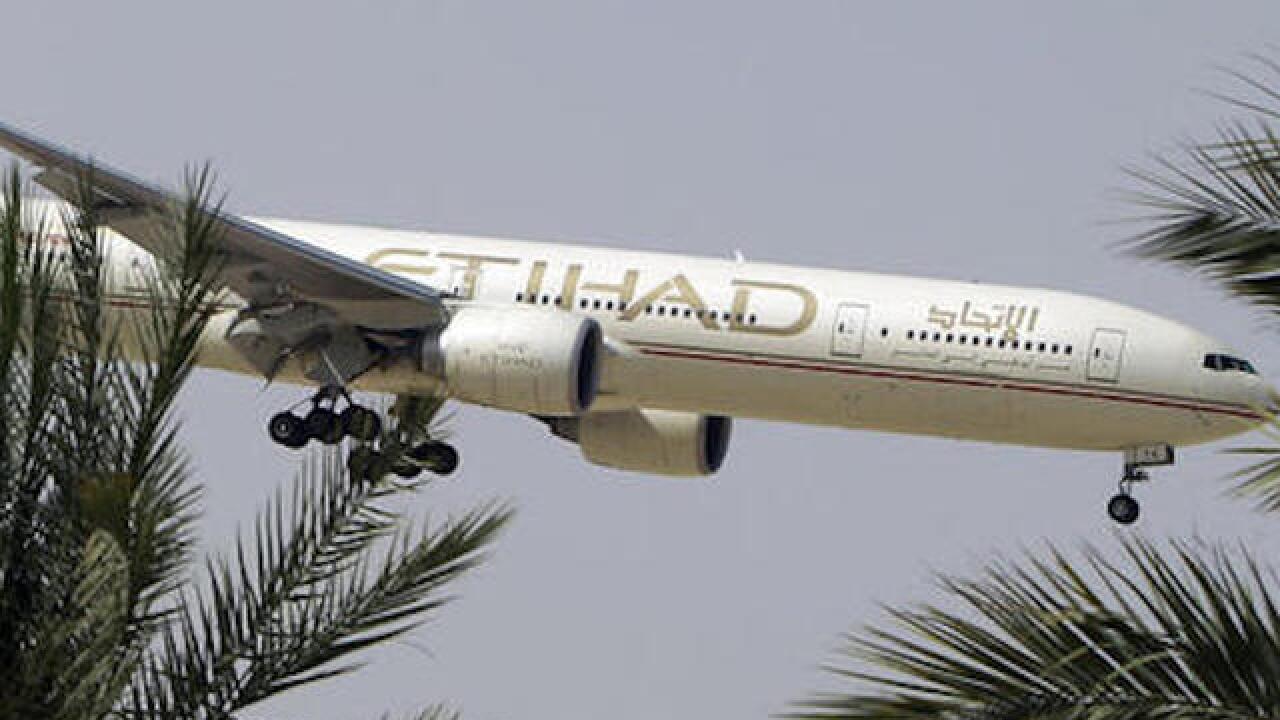 DUBAI, United Arab Emirates (AP) — Thirty-one passengers and a crew member aboard an Etihad Airways flight were injured Wednesday when their plane ran into sudden turbulence as it prepared to land in the Indonesian capital, Jakarta.

The United Arab Emirates' national airline said flight EY474, which departed from its hub in the Emirati capital of Abu Dhabi, was hit by "severe and unexpected turbulence" about 45 minutes before landing at Soekarno Hatta International Airport.

The Airbus A330-200 landed safely but nine passengers and a crew member were taken to a local hospital for their injuries, Etihad said. Paramedics treated the other 22 at the airport's clinic for minor injuries and they were released, the airline said.

Haerul Anwar, a spokesman for the Jakarta airport, described nine of the injuries as serious. He said officials from the airport and Indonesia's National Transportation Safety Committee were inspecting the plane.

The airline did not provide details on the severity of the injuries, but said the turbulence was severe enough that it damaged cabin storage bins.

Etihad did not immediately answer questions about how many passengers were onboard. It said the airline's planned Jakarta to Abu Dhabi flight on Wednesday on the same plane had been cancelled and the airline was assisting passengers.

Passengers onboard who spoke to Jakarta-based news website Okezone said oxygen masks tumbled out in the turbulence and passengers, including Muslim pilgrims returning from Saudi Arabia, were hurt.

"It happened when I was performing pray," passenger Nenden Nurhaini told the website. "The plane suddenly began to shake so fast."

Etihad, like its older Gulf rivals Qatar Airways and Dubai-based Emirates, has grown rapidly in recent years primarily by attracting long-haul transit passengers. Founded in 2003, it has a good safety record and last year carried 17.6 million passengers. It holds stakes in several other airlines, including Air Berlin, Alitalia and Virgin Australia.