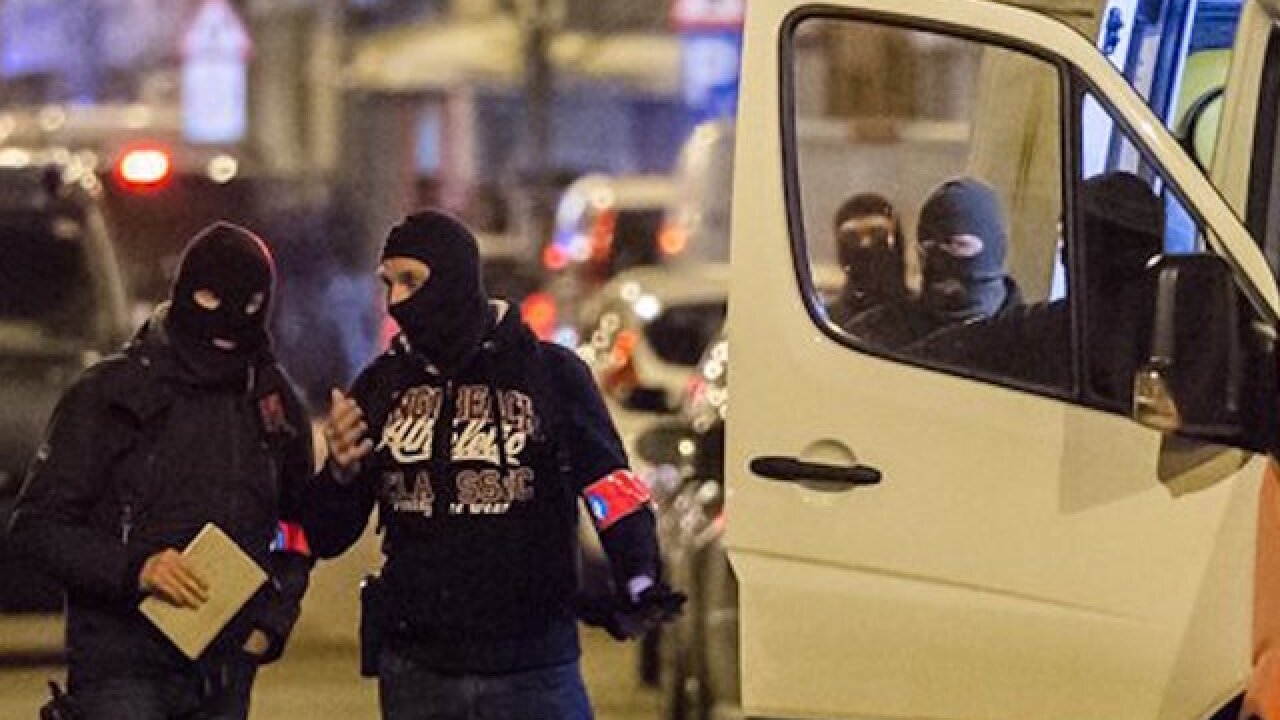 Copyright Associated Press
Geert Vanden Wijngaert
<p>Police investigate an area where terror suspect Mohamed Abrini was arrested earlier today, in Brussels on Friday April 8, 2016. The federal prosecutor's office confirmed a fugitive suspect in the Nov. 13 Paris attacks was arrested in Belgium on Friday, after a raid Belgian authorities said was linked to the deadly March 22 Brussels bombings. The suspect, Mohamed Abrini, is believed to be the mysterious "man in the hat" who escaped the double bombing at Brussels airport, but further investigation is needed to determine Abrini is the third suspect. (AP Photo/Geert Vanden Wijngaert)</p>

LONDON (AP) — Five people have been arrested in Britain as part of an investigation following the deadly attacks in Paris and Brussels, police said Friday.

Four people — three men aged 26, 40 and 59 and one 29-year-old woman — were arrested Thursday in the central English city of Birmingham. A 26-year-old man was also arrested Friday at London's Gatwick Airport. The five were arrested for suspected ties to the commission, preparation or instigation of acts of terror.

Police were also searching a number of properties in Birmingham as part of the investigation. They would not elaborate further.

The arrests come only days after Belgian authorities announced they had identified the elusive "man in the hat" spotted alongside the two suicide bombers who blew themselves up March 22 at Brussels Airport, killing 16 people. The suspect, Mohamed Abrini, was also wanted in the Nov. 13 Paris attacks that left 130 people dead.

One European security official has told The Associated Press that Abrini had made multiple trips to Birmingham last year, meeting with several men suspected of terrorist activity. The official spoke on condition of anonymity because he was not authorized to provide details about the investigation.

A Belgian judge on Thursday ordered Abrini and six other suspects arrested in connection with the attacks in Paris and Brussels kept behind bars for another month.