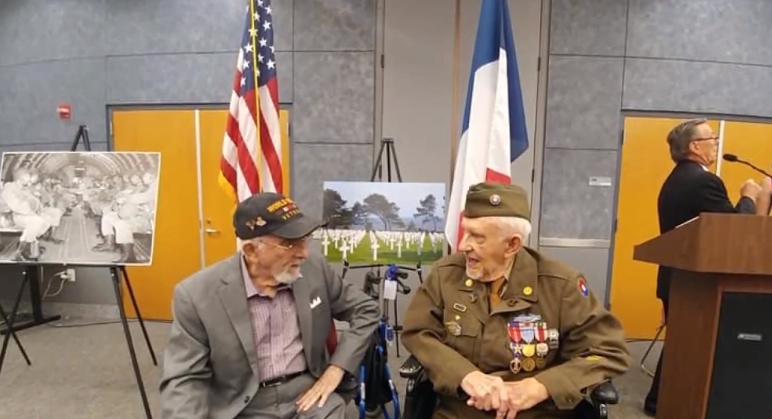 One of the recipients, Dean Whitaker, was a bombardier and was taken as a prisoner of war after his plane was shot.

The other recipient, William Grant, was part of five major battles, including the Battle of Normandy.

13 Action News’ Leah Pezzetti was there to emcee the ceremony, and Nevada Gov. Steve Sisolak was also in attendance.