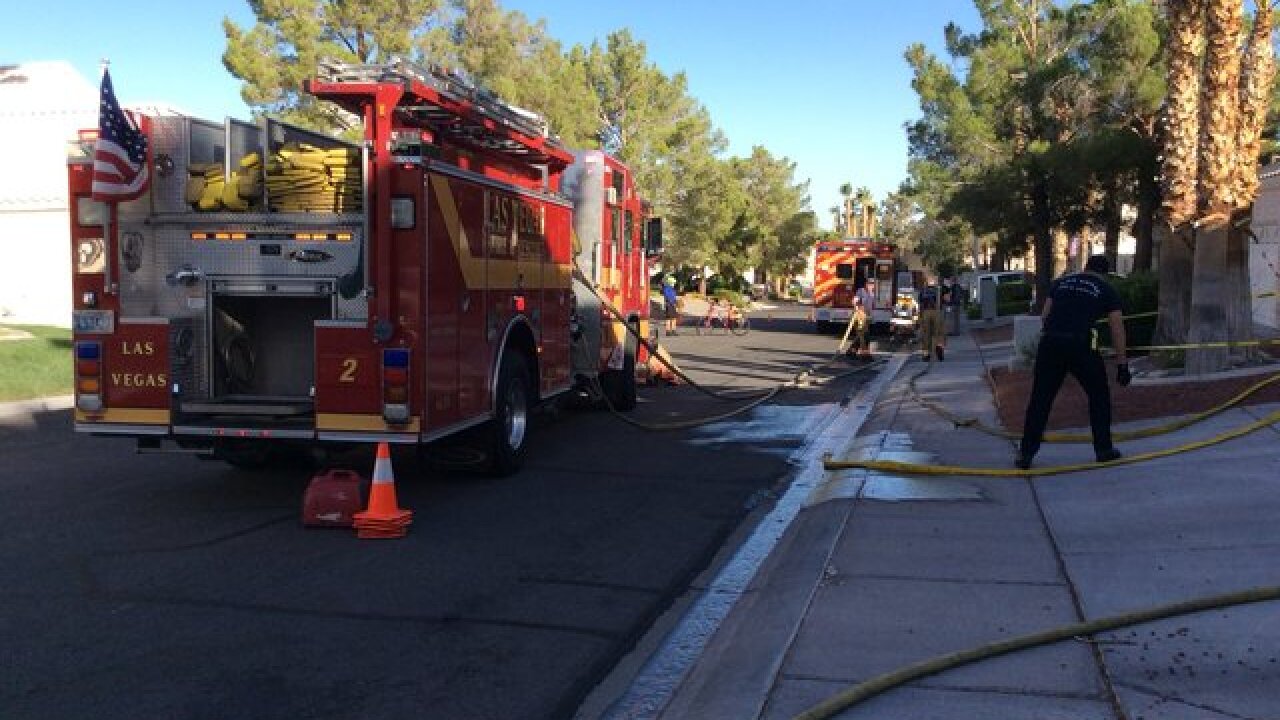 A woman and dog were found dead after a house fire Wednesday afternoon.

Las Vegas Fire & Rescue first received a call just after 3 p.m. about smoke coming from the house in the 9300 block of Sienna Ridge Drive, near Fort Apache Road and Charleston Boulevard.

A neighbor had gone to the residence and knocked but there was no answer.

When firefighters made entry, they initially thought it was a kitchen fire but soon discovered that smoke was coming from the bedroom.

While checking the back, one of patio doors was blackened from smoke, firefighters knew they found the fire. They broke through the patio door and found a stuffed chair and mattress on fire. Using the fire hose they put the fire out in a few minutes.  The room was full of smoke all the way down to the floor.

Firefighters then discovered the body of a woman in the hallway. A dog was also found deceased in the home.

Las Vegas police and the Clark County coroner have responded to the scene. The coroner identified the woman killed as 51-year-old Noel Kohen. Her cause of death is pending.

Two people were displaced as a result of the fire. Damages were estimated at $35,000 and the cause remains under investigation.

Fire investigators believe the fire started in the rear bedroom in the stuffed chair. Careless smoking cannot be ruled out. Smoking material was found in the room and the woman did smoke.

This is the fourth deadly fire in the city of Las Vegas in 2018.