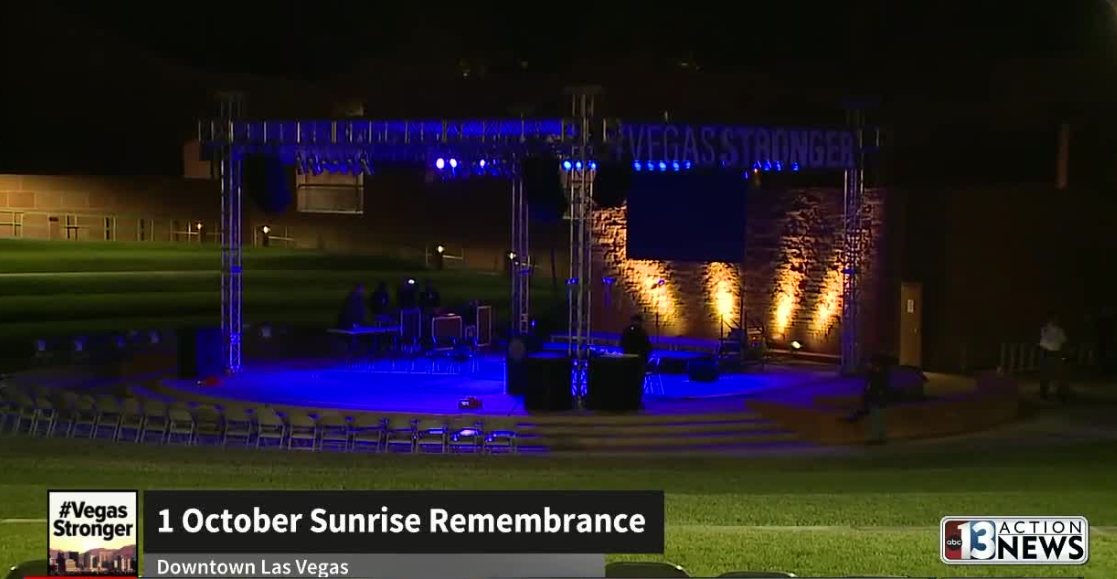 There will be a sunrise remembrance ceremony at 7 a.m. for victims of the 1 October mass shooting in Las Vegas. Kelsey McFarland reporting.

A sunrise remembrance service for 1 October is happening at 7 a.m. at the Clark County Government Center amphitheater in downtown Las Vegas.

Speakers include Gov. Steve Sisolak, Sheriff Joe Lombardo, County Commission Chairman Marilyn Kirkpatrick and Joe Robbins, whose son Quinton Robbins was one of the 58 lost on 1 Oct. Also participating: a multi-agency honor guard and The Academy Singers from the Las Vegas Academy of the Arts.