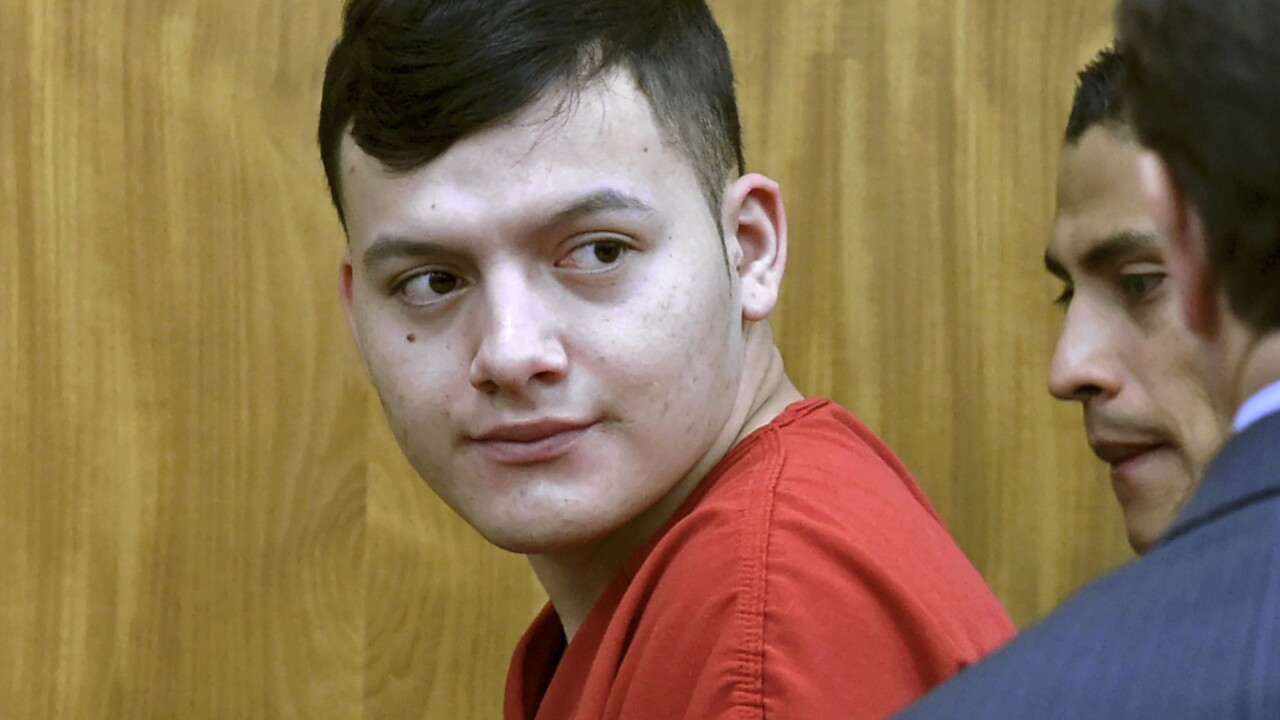 Andy Barron/AP
FILE - In this May 20, 2019 file photo, Wilber Martinez-Guzman from El Salvador appears in Washoe District Court in Reno, Nev. A judge has cleared the way for the Salvadoran immigrant to be tried in Reno for all four homicides he's accused of committing during a six-day crime rampage in two northern Nevada counties in January 2019, but the trial is still at least months away. Washoe County District Judge Connie Steinheimer has scheduled a hearing Wednesday, Sept. 16 on a motion by public defenders for Martinez-Guzman to postpone the trial indefinitely so they can travel to El Salvador to gather information about his background, including his mental capacity. (Andy Barron/Reno Gazette-Journal/Pool via AP, File)

RENO (AP) — A judge has cleared the way for a Salvadoran immigrant to be tried in Reno for all four homicides he's accused of committing during a six-day crime rampage in two Nevada counties in January 2019.

Wilber Martinez-Guzman is facing the death penalty after he was indicted last year in the killing of an elderly Reno couple and two Gardnerville women.

The Nevada Supreme Court ruled in March that Washoe County prosecutors lacked jurisdiction to indict the 21-year-old for killings outside the county.

But Judge Connie Steinheimer reinstated the indictment this week.

She has scheduled a hearing Wednesday on his lawyer's bid to postpone the trial indefinitely.