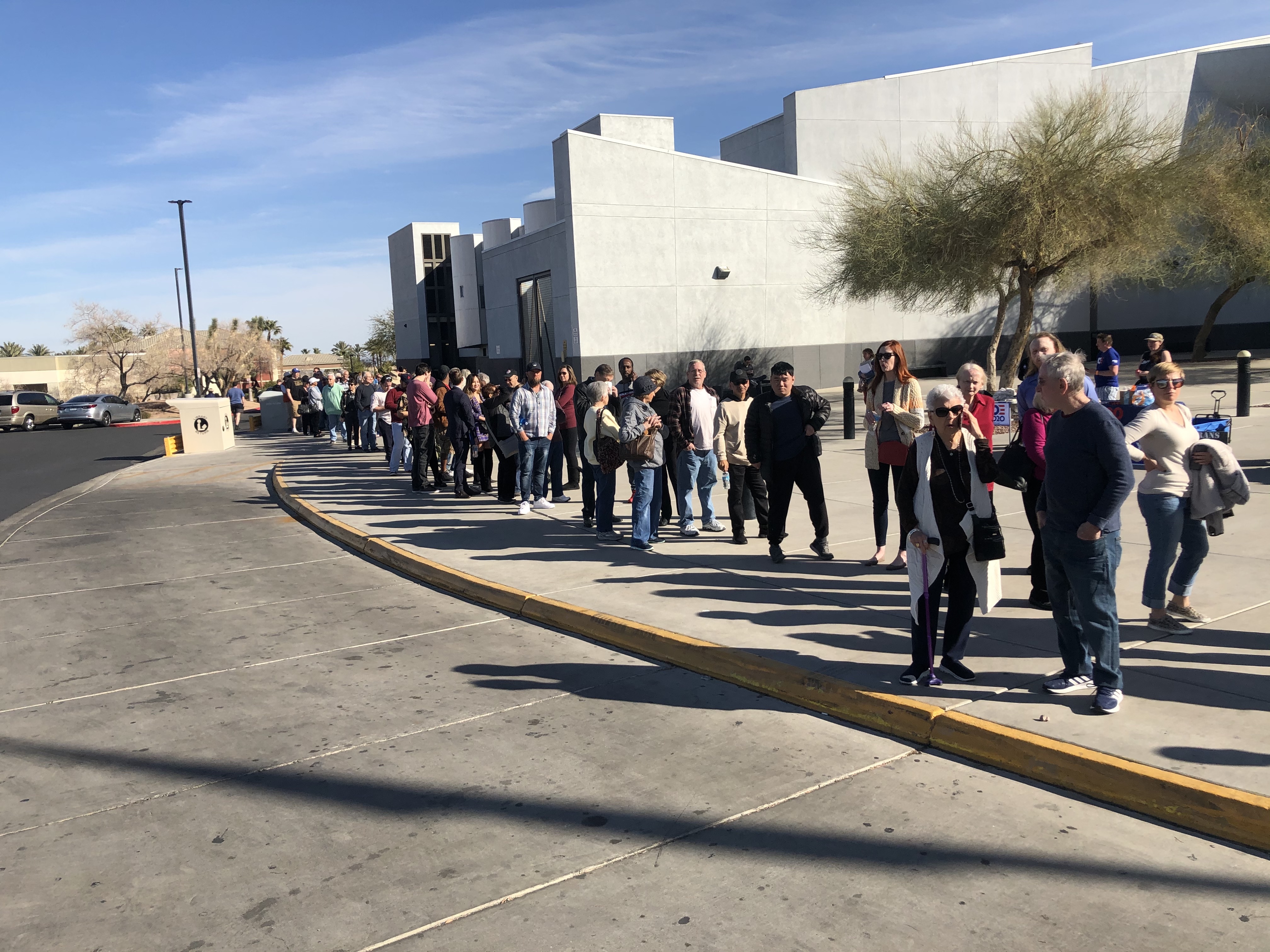 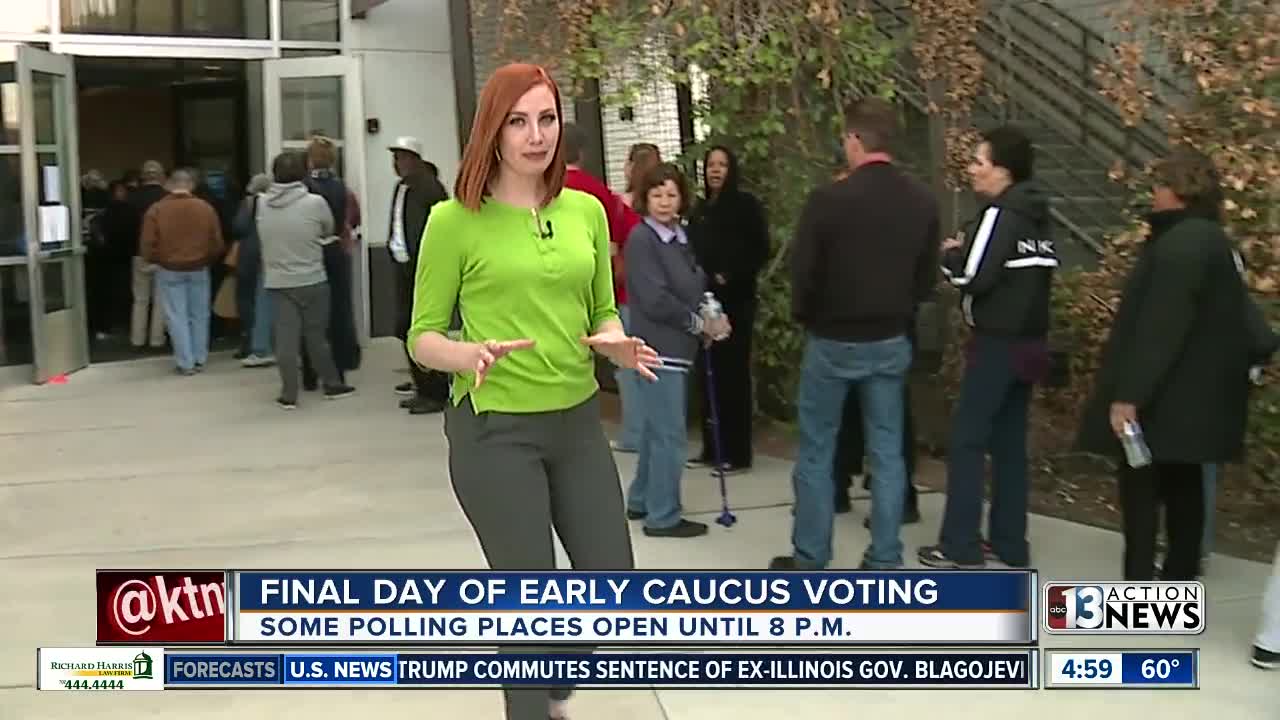 LAS VEGAS (KTNV) — Early caucus voting in Nevada is officially over as of 8 p.m. Tuesday. This is the first year Nevada has done early caucus voting with more than 36,000 people participating in the first three of four days, according to the Nevada Democratic Party.

At the library on West Sahara Avenue, one of the locations near Summerlin, a line stretched around the building all day. Some people saying it took four hours to get through. People had different opinions on the long waits.

"We’re all here for the same purpose, even though we’re all for different candidates. It’s been fun, we’re joking around. We were freezing, now we’re melting," said Maureen Walsh.

"I blame the Democratic Party for this. They have one job and that job is to facilitate the voting process and they failed miserably at that as far as I can see," said Art Noffsinger.

Parking was also tight at this location because of the high turnout, also creating different opinions.

"Terrible, I’m parked about a mile away down there," said Susan Grassgreen.

"Parking, yeah it was a hassle but I’m grateful I could walk and be here," said Debra Aarens.

Molly Forgey, communications director of the Nevada Democratic Party, released this statement in response to the high turnout and road bumps.

"We’re excited about the incredible turnout and number of Nevadans who’ve come out to participate in this process. Our volunteers and staff are working to make every site runs as efficiently as possible, and ensure every voter gets to make their voice heard. And as a reminder, in order to make early voting as flexible as possible, caucus-goers are free to participate at any early vote site in their county."

The Nevada Democratic Caucus will take place on Feb. 22.