A vigil was held for a woman that was killed by a suspected DUI driver Sunday. 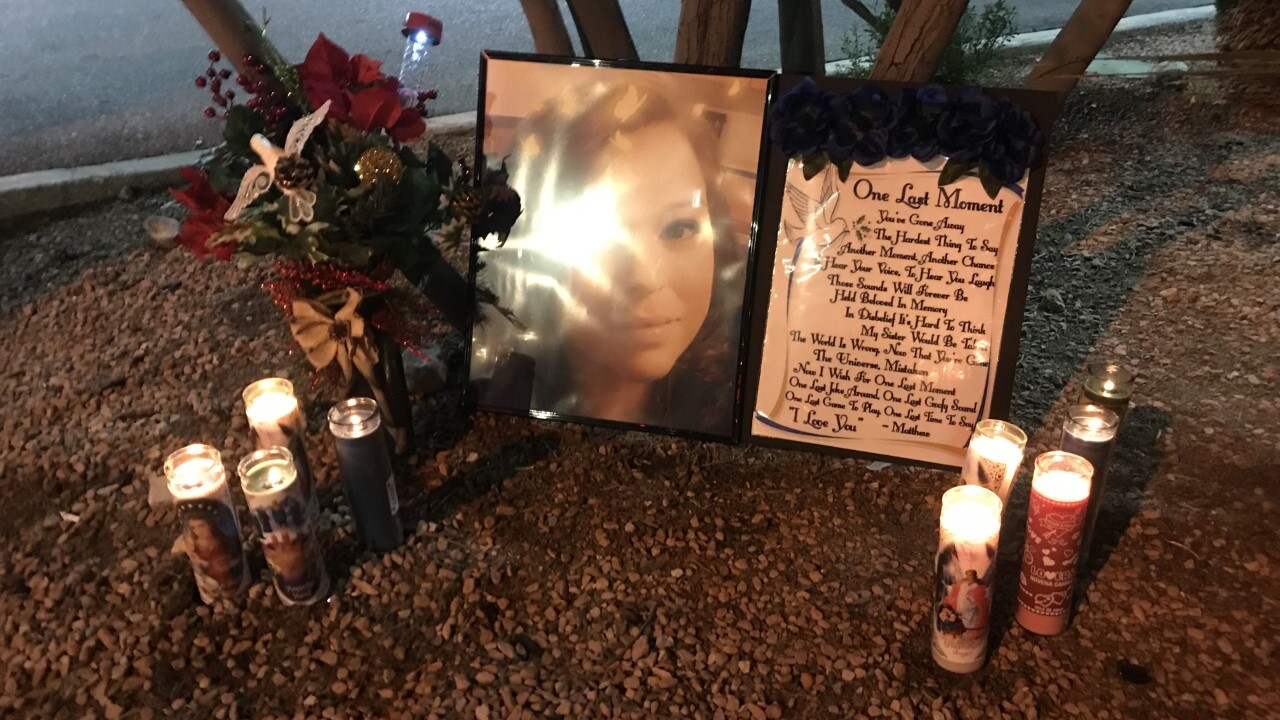 LAS VEGAS (KTNV) — A vigil was held for a woman that was killed by a suspected DUI driver on Thanksgiving Day.

Candles, flowers and heavy hearts surrounded the spot a 35-year-old woman and mother of three was killed Sunday evening.

Police say a suspected DUI driver slammed into her car at Russell Road and Durango Drive.

Family members identified that victim as Monique Prado, and say she was going to get coffee with her daughter at the time of the crash before cooking Thanksgiving dinner.

Prado’s daughter was also in the car, but she’s okay.

Matthew Munoz, the victim’s brother, says he goes through the very intersection where the crash happened every day on his way to work.

“It seemed surreal driving through here, it's almost like it didn’t happen," says Munoz.

But then the reality sets in.

“For me to see all the stuff here, and light these candles for her, it makes it real,” says Munoz.

The suspected DUI driver has been identified as 27-year-old Nathaniel Postelle, according to police.

“I’ve been having hard time just believing that my sister is gone,” says Munoz.