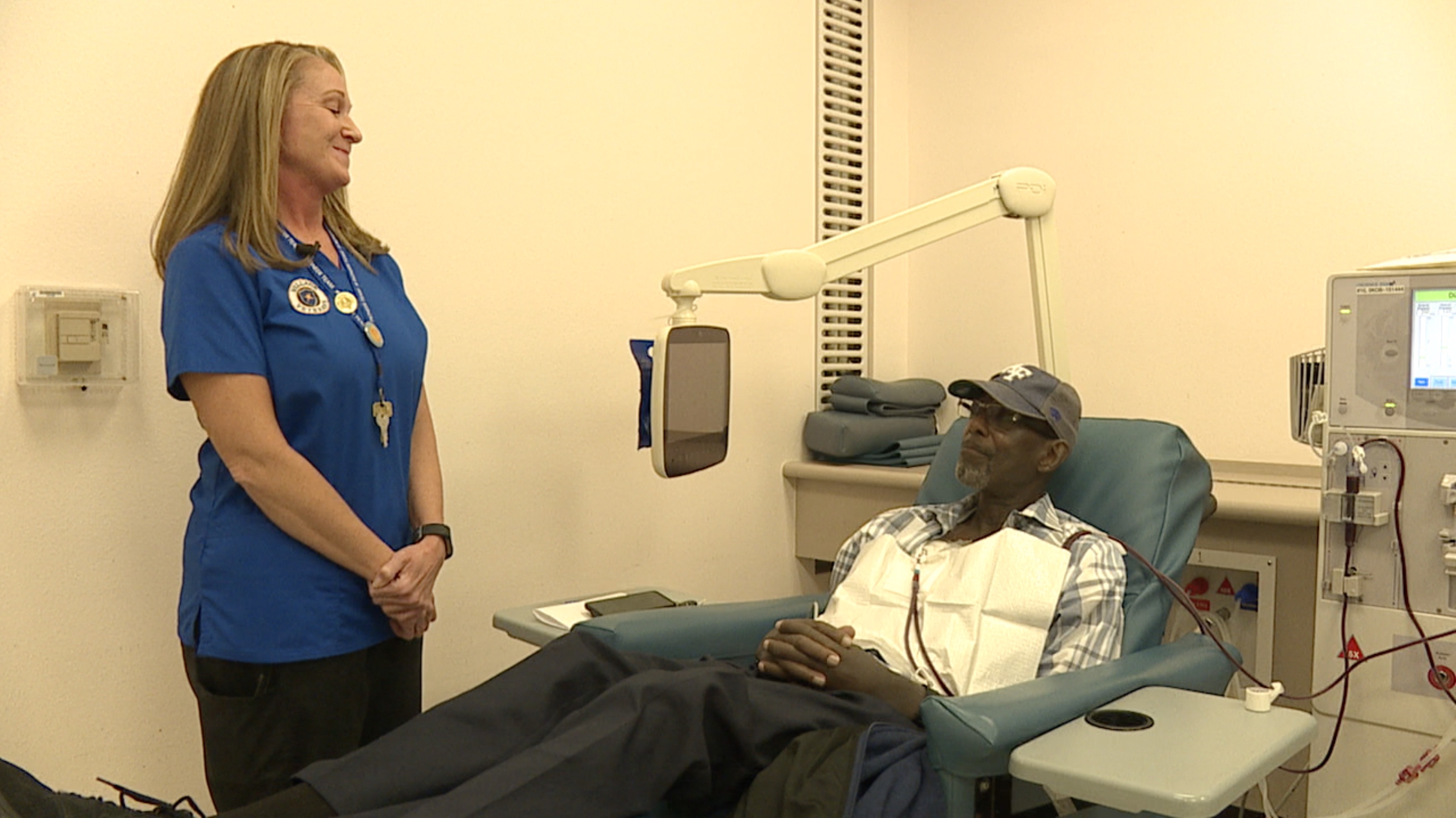 LAS VEGAS (KTNV) — Phillip Hayes is a 33 year veteran of the Air Force and his whole life, has been in great health. When his health quickly declined and he had to medically retire in 2016, everything changed. He found out he had kidney failure and right around Veterans Day in 2018, started treatments at the Summerlin DaVita dialysis center.

That weekend is a special time for the facility’s administrative assistant Stephanie Carter, who is also an Air Force veteran and the daughter of an Air Force veteran. She and the staff do a pinning ceremony for all of the veterans who receive dialysis so during one of his first treatments, he was greeted with a thank you pin and a salute.

“It really picked up my spirits and it reversed the way I was feeling and I wanted to get better because it shows that they care about a person and that’s very important in a person trying to get their health back,” said Hayes.

Hayes went from not being able to walk one year ago to a happy and healthy patient now and the two have continued to bond over their shared love of the military.

“I think it was an instant connection. I think veterans in general, no matter where you go, it feels like you’ve known them your whole life and you just start sharing your stories with each other,” said Carter.

Hayes now spends multiple hours a day, multiple days a week receiving his dialysis treatments at DaVita and the two have continued to bond.

“Dialysis doesn’t have to be a negative thing. We’re saving their lives so we gotta make it fun at the same time,” said Carter.