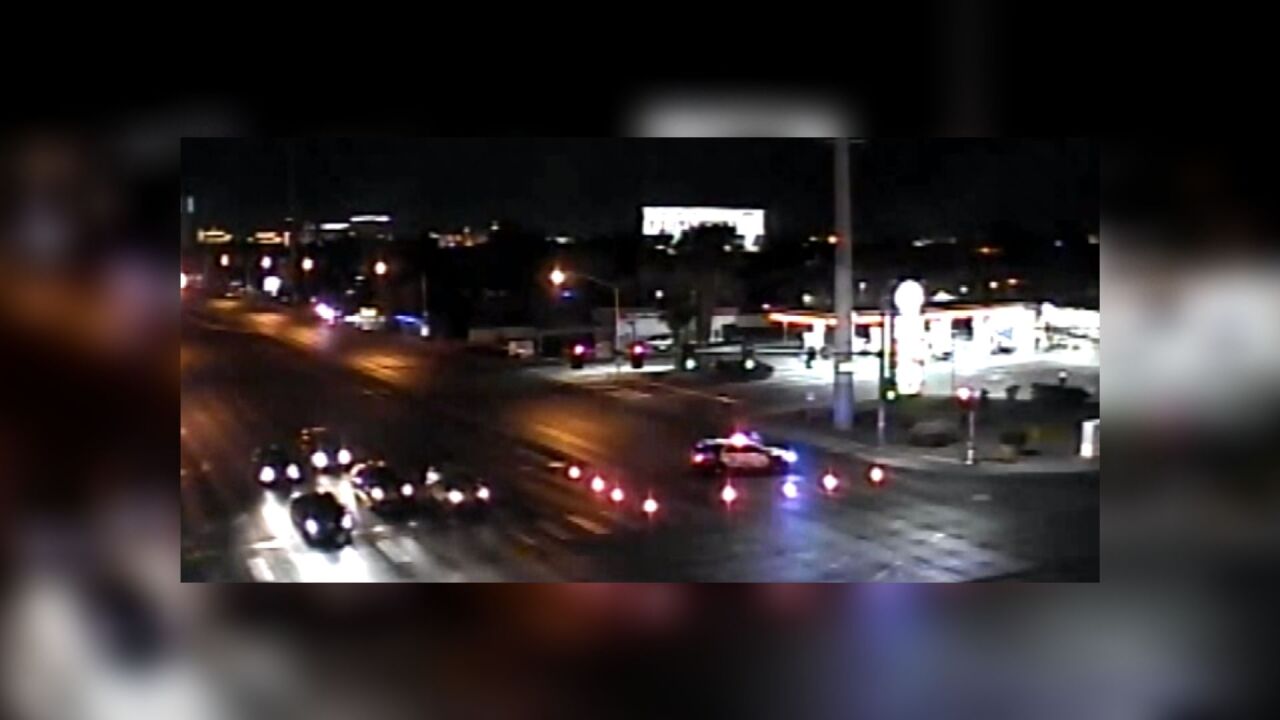 UPDATE SEPT. 14: On Sept. 13, 2019, at about 7:25 p.m., a motorcycle versus vehicle crash involving multiple fatalities occurred at the intersection of West Flamingo Road and Duneville Street.

Evidence at the scene and witness statements indicate a 2016 BMW S1000R motorcycle was traveling westbound on West Flamingo Road approaching the intersection at a high rate of speed.

A 2012 Lexus ES 350 was making a left turn onto northbound Duneville Street and crossed the path of travel of the BMW.

The front of the BMW struck the right side of the Lexus.

The BMW embedded into the right side of the Lexus and both vehicles overturned.

Two people in the Lexus, a male aged 42 and female aged 12, as well as the motorcyclist (male aged 29) were pronounced deceased at the scene.

This crash remains under investigation by police.

LAS VEGAS (KTNV) -- Officers were called to the scene of a collision on West Flamingo Road at Duneville Street, between Jones Boulevard and Lindell Road, just before 7:30 p.m.

Police reported a motorcycle was traveling at a high rate of speed before striking a vehicle in the roadway.

Travel lanes were closed on Flamingo, from Lindell to Jones, for the on-scene investigation, according to the Las Vegas Metropolitan Police Department.