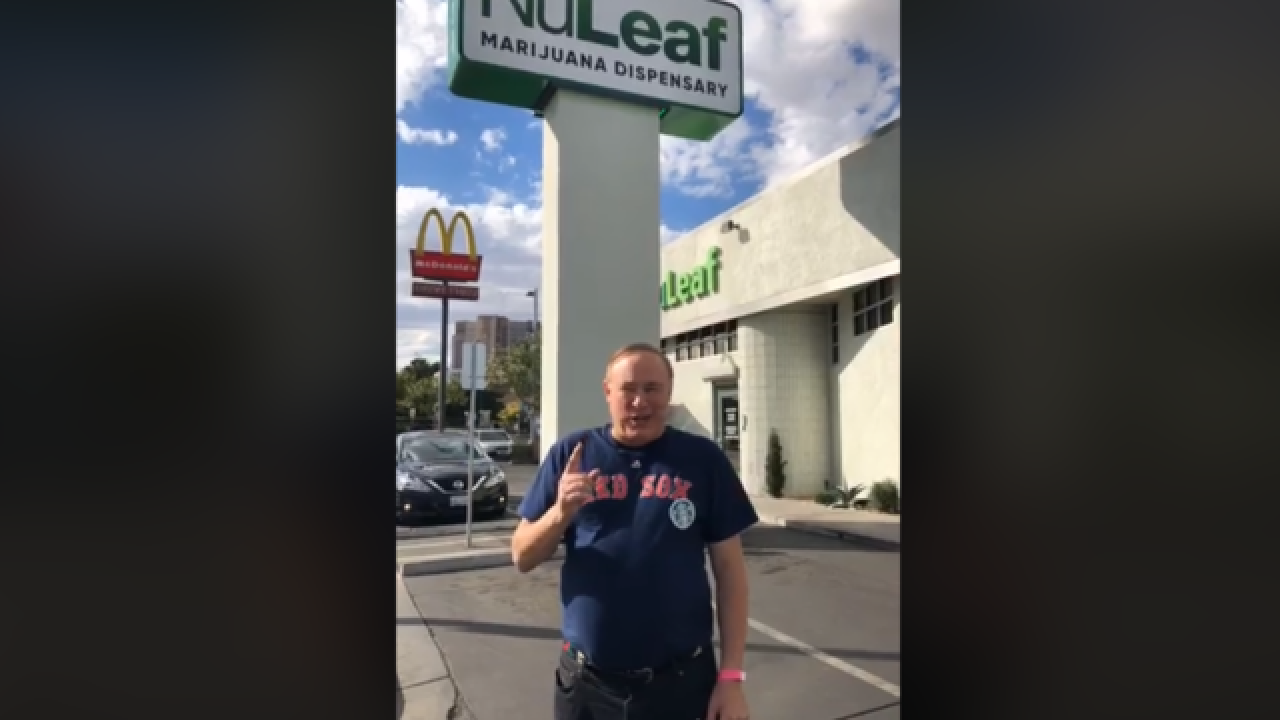 Copyright 2018 Scripps Media, Inc. All rights reserved. This material may not be published, broadcast, rewritten, or redistributed.
Senator Jim Dabakis/Facebook

A Utah lawmaker drove to Las Vegas and tried marijuana for the first time ahead of an upcoming vote on a proposition that would legalize the medical use of marijuana in his state for individuals with qualifying medical conditions.

Salt Lake City TV station KUTV reports Sen. Jim Dabakis wanted to try cannabis before the vote. Dabakis selected an edible gummy bear for the test, saying legislators should at least try marijuana before it's up for vote next month.

Dabakis said in a Facebook video in front of a dispensary that it's "not a big deal."

Many lawmakers have said they aren't in support of Proposition 2, but many have said they would support the medical cannabis compromise that's set to be discussed in a special legislative session.