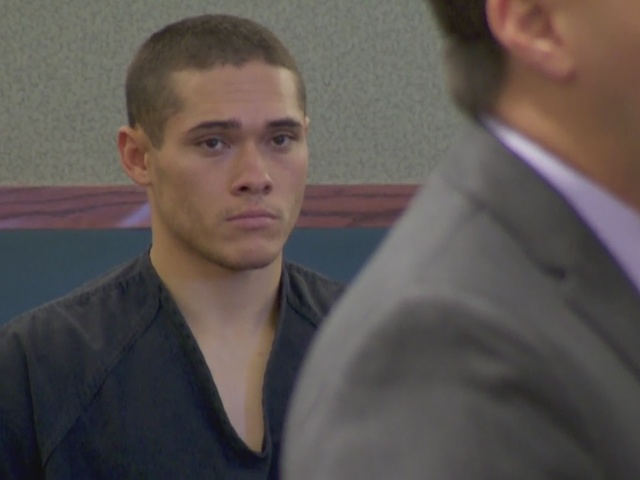 UPDATE: A judge set bail for Alex Plunket at $700,000 with conditions.
Plunket will not be allowed to have any contact with minors, surrender his passport and report immediately to his commander at Camp Pendleton.
He'll also have to wear a GPS monitor at all times.
Plunket was arrested two weeks ago after police say he raped his girlfriend's 1-year-old daughter and hit her 4-year-old brother.
ORIGINAL STORY:
A United States Marine is being accused with sexually abusing his girlfriend's 1-year-old baby girl and then hurting her 4-year-old brother.
22-year-old Alex Plunket appeared in a Las Vegas court on Thursday.
His attorney says Plunket is maintaining his innocence. He says Plunket tells him he didn't do the disturbing things he is being charged with.
Those charges include sexual assault against a child, lewdness with a child and child abuse.
Plunket is stationed at the Marine base in San Diego, California, but was in Las Vegas visiting his girlfriend and watching her kids while she was at work.
When his girlfriend dropped the kids off with their father, he noticed both his children had been hurt.
According to an arrest report, a doctor later determined the daughter had been sexually assaulted.
Plunket's attorney says the father may have jumped to conclusions. He says he hopes the facts about this case will come out.
He says he has pages and pages of letters from family, friends and service members all saying Plunket is innocent.
Scripps Only Content 2015