It’s the end of an era for UNLV football playing their last home game at Sam Boyd Stadium. 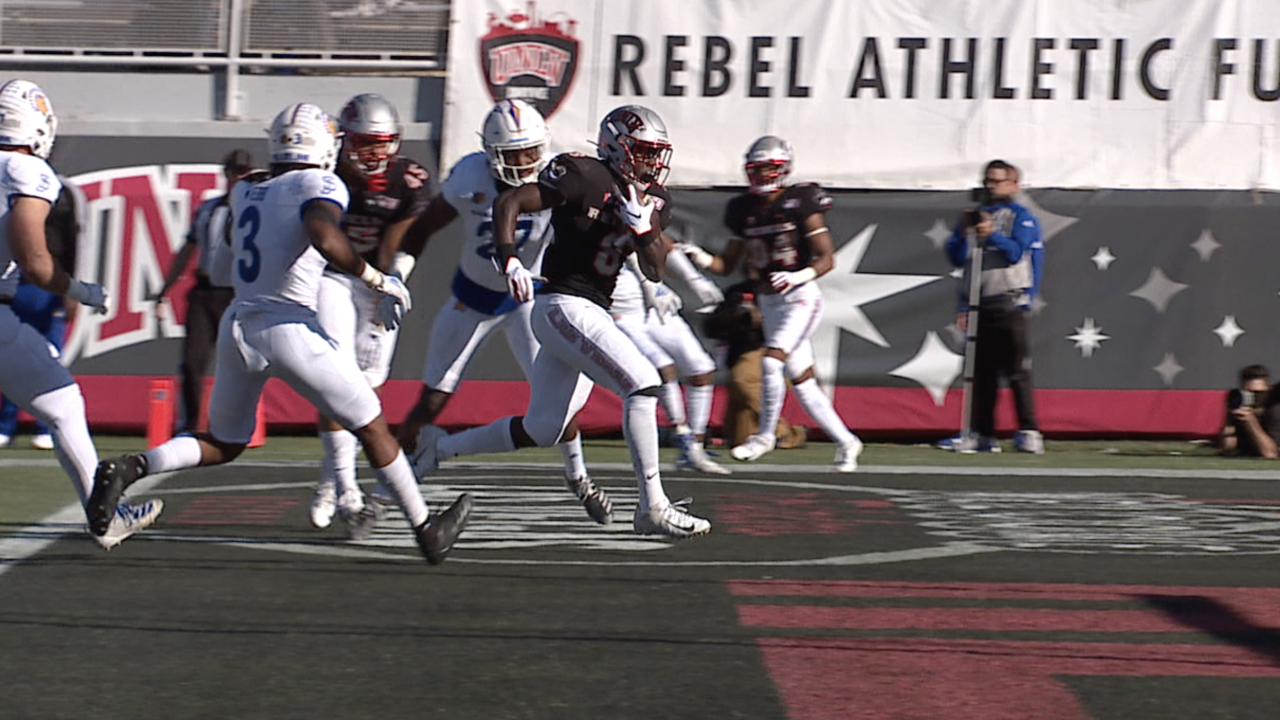 Fireworks are popping with cheerleaders showing off their spirit. An atmosphere making it clear it’s game day for UNLV football at Sam Boyd Stadium.

It’s the last time the team will call the stadium home before moving to Allegiant Stadium next year. Football alumni made sure to take in the final game.

“It’s got this special feel. We’re surrounded by the mountains, it’s always sunny out here,” said Joe Haro, a former UNLV running back.

Players from all different eras and walks of life came together to relive their memories.

“I’m meeting guys from the '60s and '70s and played in a lot of different eras and it’s a lot of fun regrouping with guys. Same story but different eras,” Haro said.

That spanned a long time when the stadium was completed in 1971. Longtime fan and booster Chuck Davison saw the time pass and says fans in the stadium had one focus.

While this may be the last time you hear cheering and yelling at Sam Boyd Stadium, alumni say they hope this atmosphere transfers over to Allegiant Stadium.

“They’re moving from the station wagon to the Ferrari. That’s going to be an amazing place,” Kenny Mayne, ESPN anchor and former UNLV quarterback said.

As far as the future of the stadium, that remains to be determined.

“Sam Boyd Stadium is truly is treasure for Las Vegas. It served so many people and so many needs,” Darren Libonati, former UNLV kicker said.

A treasure that will see its final touchdown.

UNLV defeated San Jose State 38-35 in its final game, improving its record to 3-8.