Henderson Fire Department officials are reporting two deaths following an early-morning fire Saturday. The blaze broke out at around 1:21 a.m. at an apartment complex located on the 2000 block of Ramrod Avenue, just west of South Mountain Vista Street. 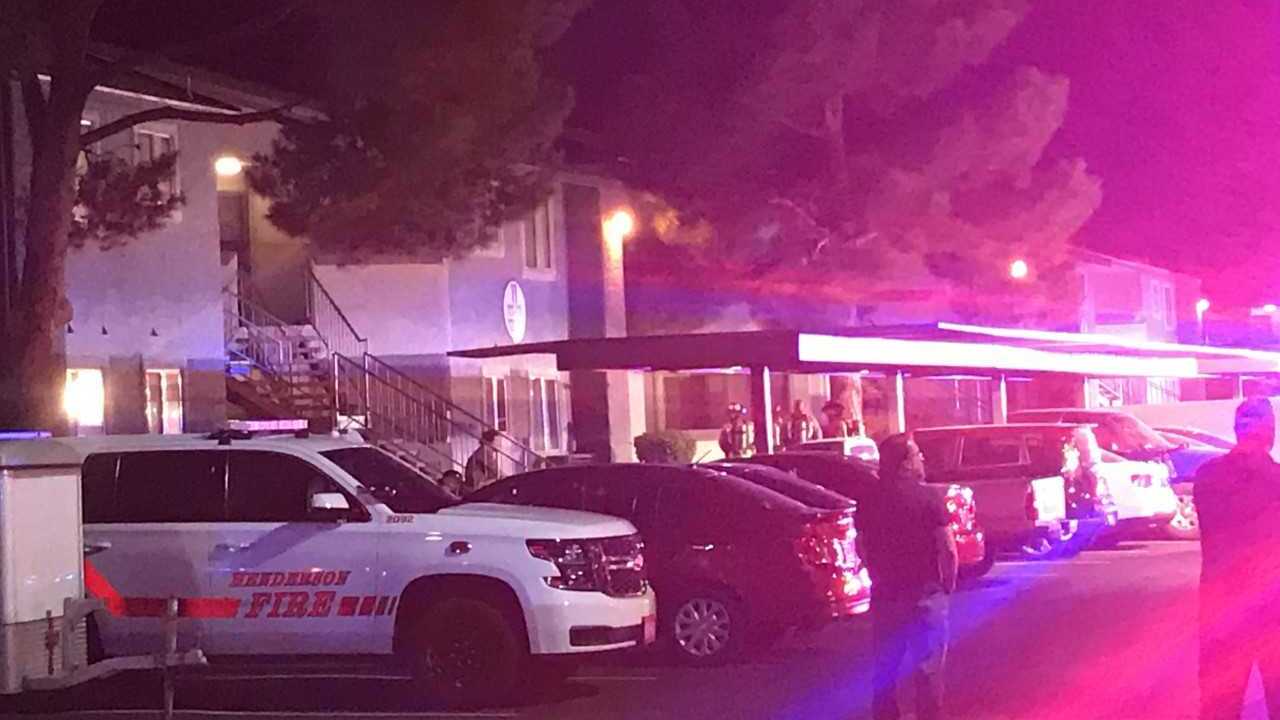 The blaze broke out at around 1:21 a.m. at the Bristol at Sunset apartment complex located on the 2000 block of Ramrod Avenue, just west of South Mountain Vista Street.

Arriving crews saw heavy smoke and fire coming from the two-story apartment complex and a second alarm was sounded.

The Clark County Fire Department responded to the second alarm with more resources.

One male and one female were taken to Henderson Hospital where they were pronounced deceased.

Another male was taken to University Medical Center for smoke inhalation.

The other occupants of the complex were able to evacuate with no further injuries and no firefighters were injured.