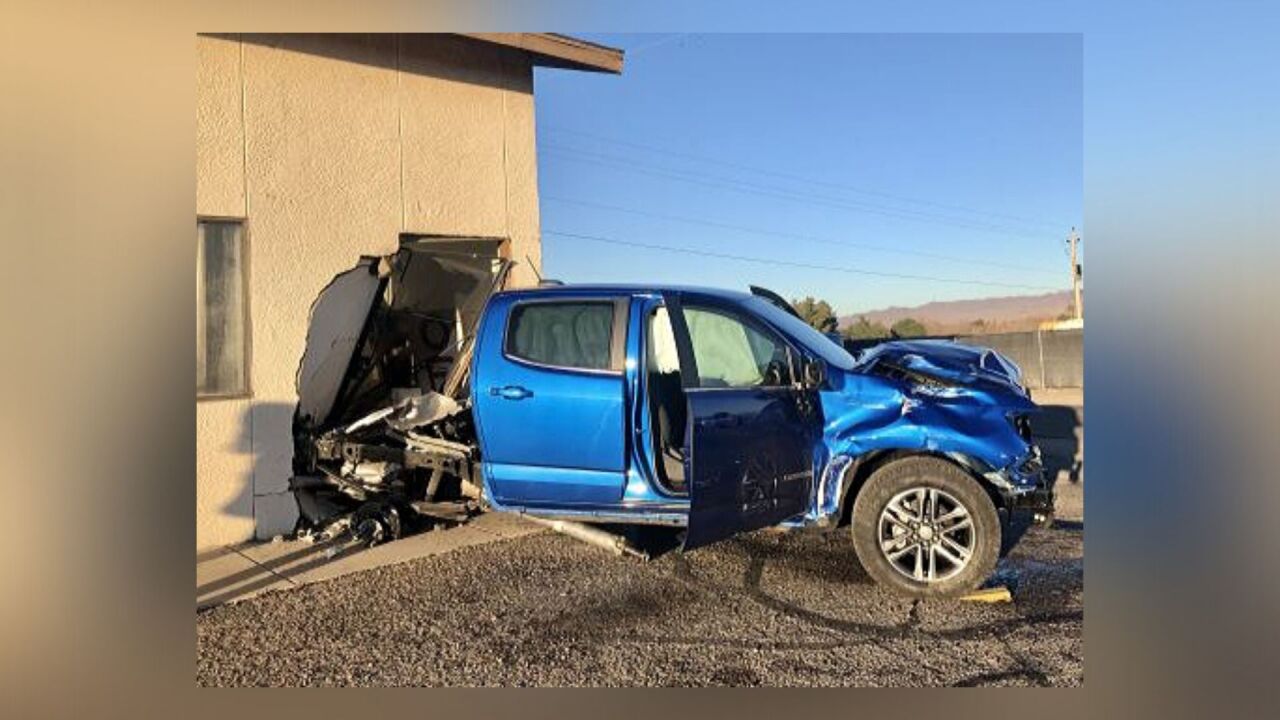 ARIZONA (KTNV) — Arizona authorities are investigating a crash where a 65-year-old man lost control of his vehicle and slammed into a business.

The Mohave County Sheriff's Office said the incident happened on Feb. 12 at about 4 p.m. in the area of Van Nuys Road and Northern Avenue, in Kingman, Ariz.

A blue 2020 Chevy truck was traveling west on Northern Avenue when the driver suffered a medical episode, causing him to accelerate to a high rate of speed. The vehicle then crashed into multiple mailboxes, banners, and a pole with a concrete foundation, according to police.

Authorities said the bed of the truck was torn off in the impact with the truck spinning several times and ending up into the side of a building.

The 65-year-old driver was transported to Kingman Regional Medical Center and sustained minimal injuries. Police said he suffered minor injuries due to wearing his seat belt along with airbag deployment.

Several residents assisted, and traffic was diverted around the scene for about two hours due to the large amount of debris in the roadway.

The crash team in Arizona responded continues to investigate the crash, with no immediate reports of additional injuries.