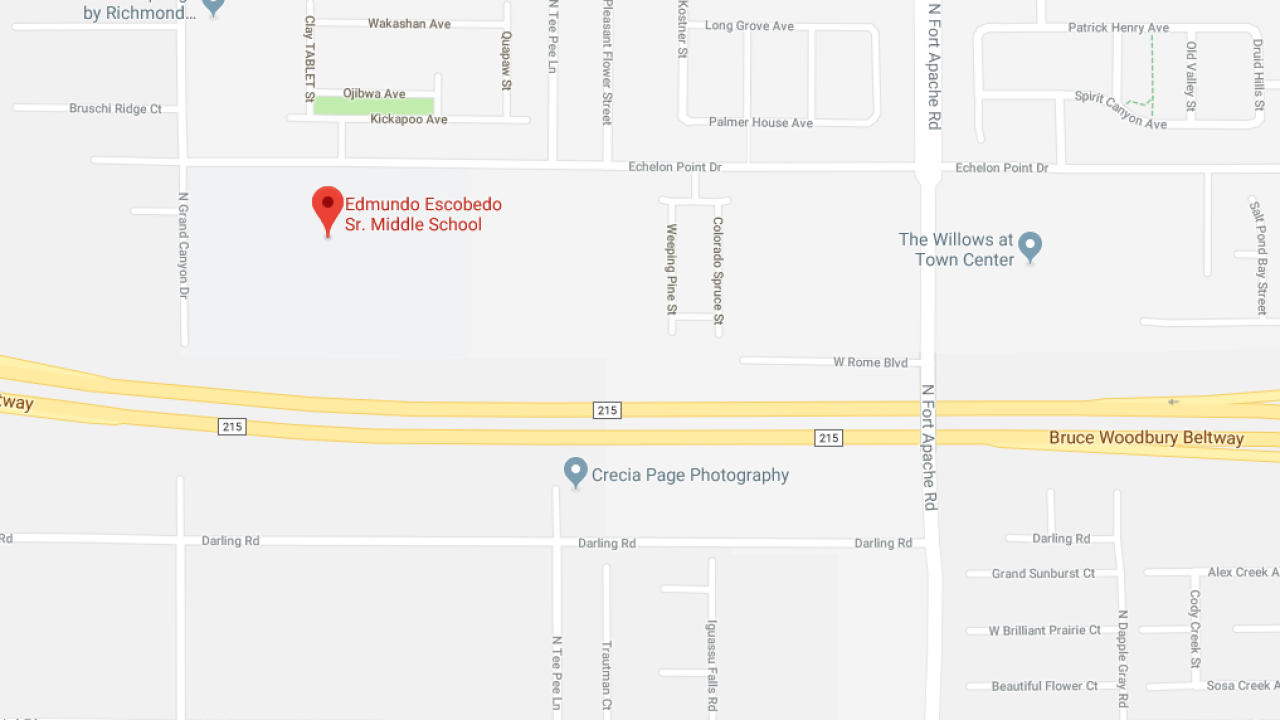 LAS VEGAS (KTNV) — Students' backpacks were searched at a Las Vegas middle school this week after threats were posted to social media over the weekend.

According to the assistant principal of Escobedo Middle School, the school worked with Clark County School District police to conduct backpack searches on Monday and Tuesday as they entered campus. The school is located near Deer Springs Way and Grand Canyon Drive in northwest Las Vegas.

The assistant principal called it a "precautionary measure" while the source of the threats were investigated.

The source of the threats has been determined and action is being taken.

It is unknown if anyone was arrested. 13 Action News reached out to CCSD police for more details.