Police reported that around 8:30 a.m. administrators at the high school, located near Robindale and Cimarron roads, were questioning the 17-year-old male student on an unrelated matter when he ran. Police said the gun was discovered when he dropped it in the desert area near the school.

CCSD police detained the student shortly after. The student has been charged with possession of  a dangerous weapon on school property.

No injuries were reported. The school was not put on lockdown.

A letter sent out to parents told parents there was no incidents on campus involving the gun and instruction continued on schedule. Read the full letter below. 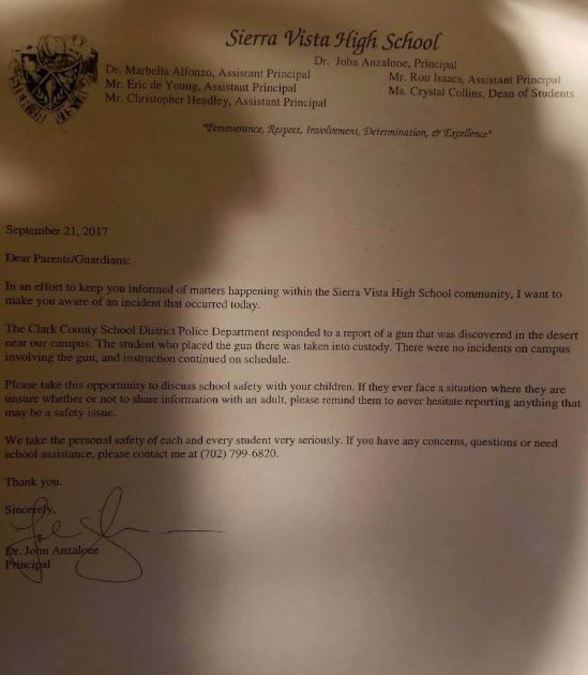