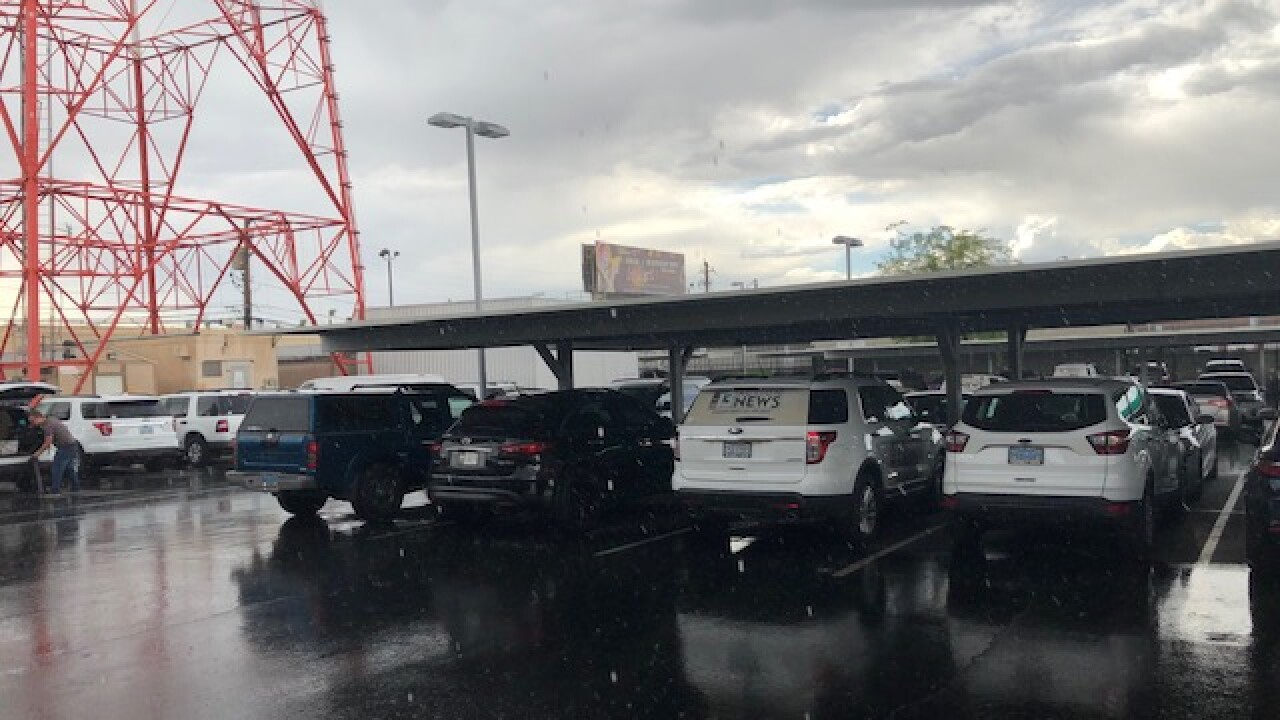 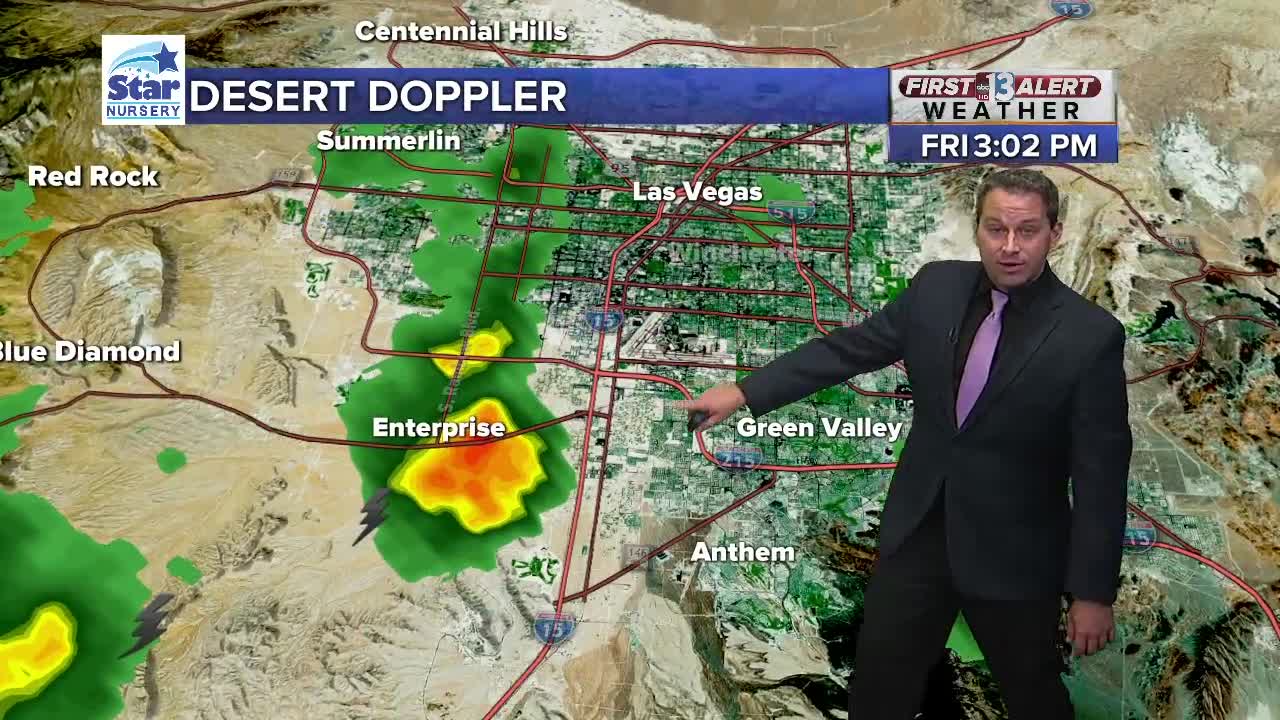 LAS VEGAS (KTNV) — Several areas of the valley are seeing rain this afternoon and evening.

The rain began appearing around 1:30 p.m. In the beginning, it was mostly in the mountains to the west. Then, it began to develop in the valley.

The first day this year the monsoon has brought in some rain across the region. Mainly over mountains today with small chances for the valley of seeing something. pic.twitter.com/NUqPx9eF19

Initially, most of the rain was evaporating before it hit the ground, also known as virga.

Small rain showers developed in the last few minutes near the airport. Anyone seeing any rain from these? Most of that rain is evaporating before it reaches the ground. "Virga" pic.twitter.com/28HY9QaDEm

Strongest storm right now is here in the south valley. We are looking at good rain near Blue Diamond and Jones. This is moving to the north and showing signs of slowly falling apart. pic.twitter.com/F28MO9npxS

It began raining rather heavily at 13 Action News around 4:30 p.m.

I think @ToddQuinones speaks for all of us in Las Vegas: “Darn it! I just washed my car!” #monsoon

Tune in to @KTNV at 5 as @DanBronis gives you the latest weather info and if you should be carrying an umbrella (and not wash your car) this weekend pic.twitter.com/2MoiGNLGT5

The #Monsoon has arrived in #LasVegas. View of the city from @KTNV roof as the rain starts to come down. 🌧 ☔️ pic.twitter.com/uhwDfb6KGy

By 5 p.m. the heaviest rain was north of downtown but more storms started popping up on the radar just south of city.

Showers along with a few thunderstorms are expected to continue in the Las Vegas valley until approximately 7 p.m. The storms are also bringing wind gusts up to 45mph and cooler temperatures, back in the 90s.