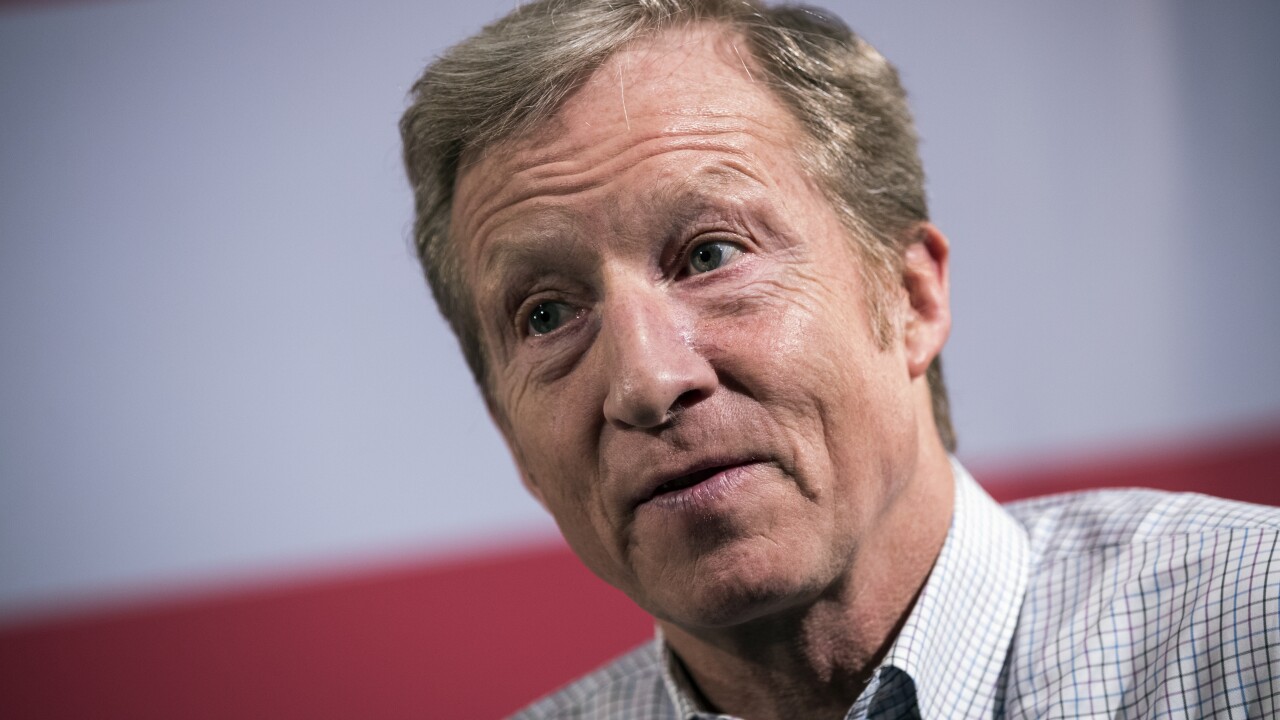 Drew Angerer/Getty Images
NEW YORK, NY - JANUARY 29: Hedge fund billionaire and Democratic fund-raiser Tom Steyer speaks during a town hall event at the DoubleTree Suites by Hilton hotel in Times Square January 29, 2018 in New York City. Steyer is the founder of the Need To Impeach initiative and is the largest individual donor in Democratic politics. (Photo by Drew Angerer/Getty Images)

Democratic presidential hopeful Tom Steyer says his campaign is fine but he has to do very well in Nevada's caucuses next week.

The California billionaire has failed to gain any traction in Iowa or New Hampshire. Steyer has spent millions of dollars on television ads and campaign mailers in Nevada. He continued a three-day statewide bus tour Wednesday.

He said any talk about him dropping out of the race is "ridiculous." But he told reporters in Reno Tuesday night that Nevada is "super important." He says it's his neighboring state and has a chance to win.