UPDATE: SR 159 back open after being shut down due to monsoon storm 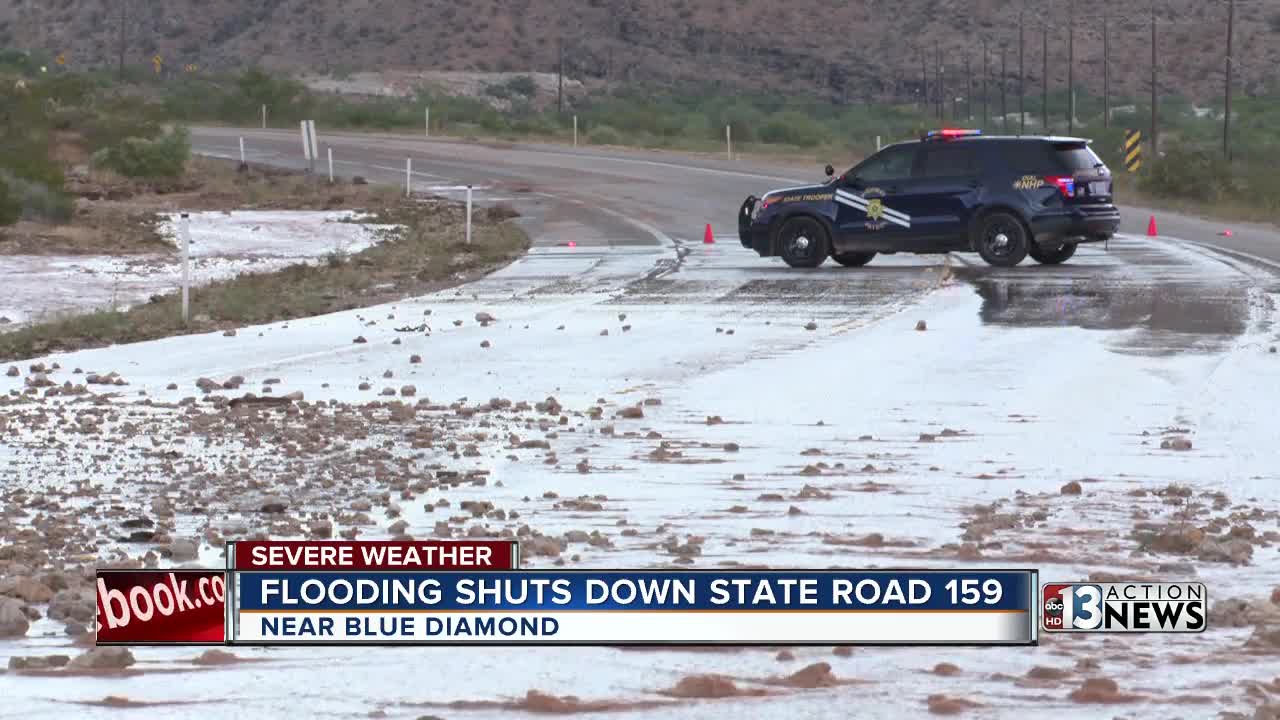 State Route 159 near the town of Blue Diamond was closed for a few hours Sunday because of flooding. 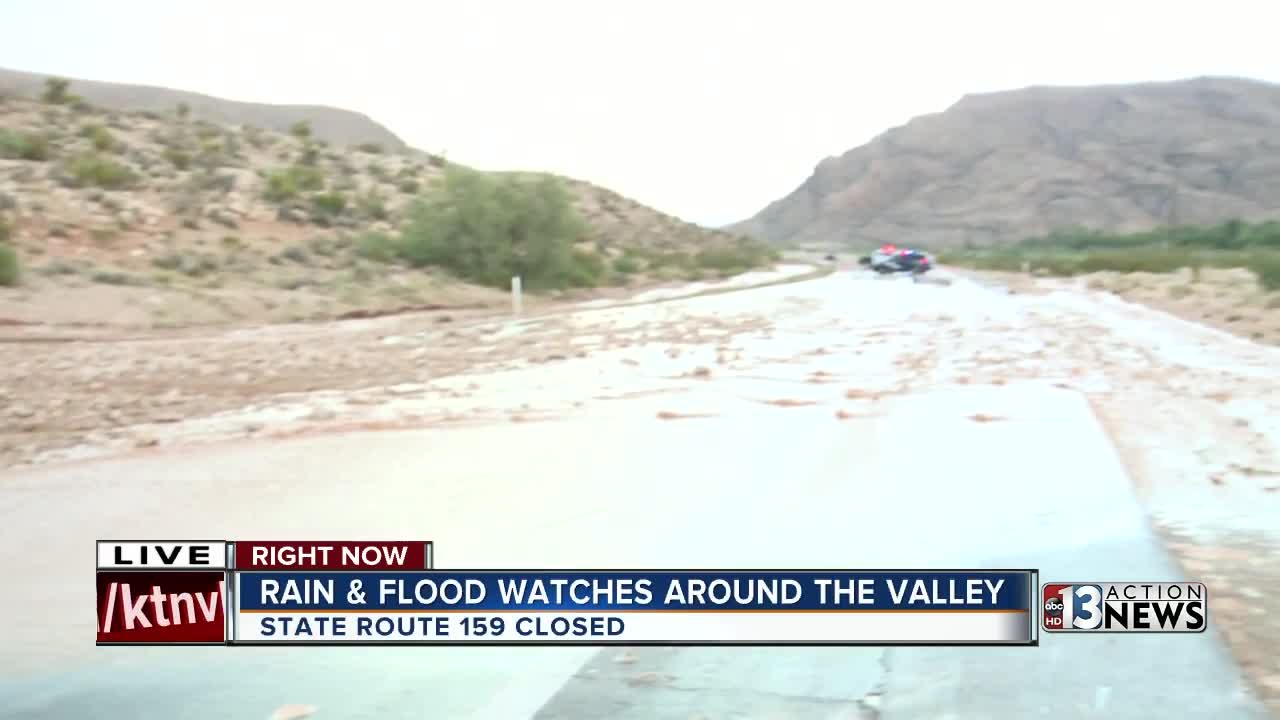 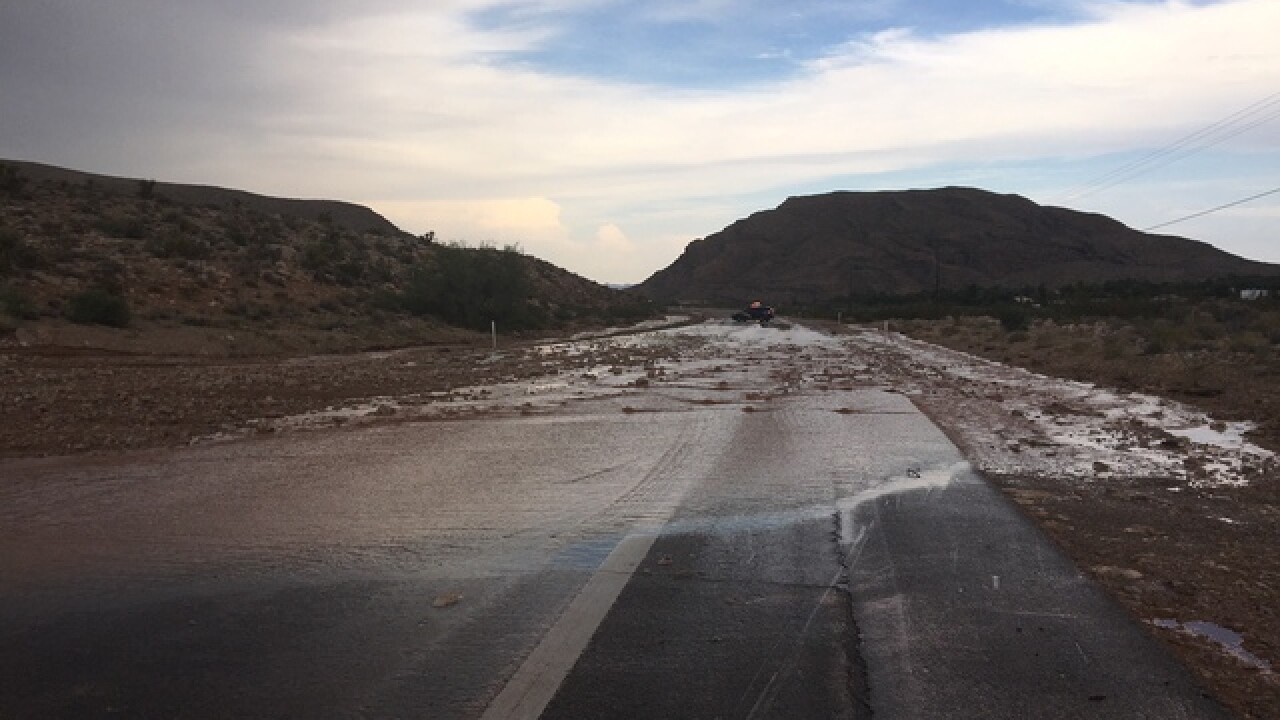 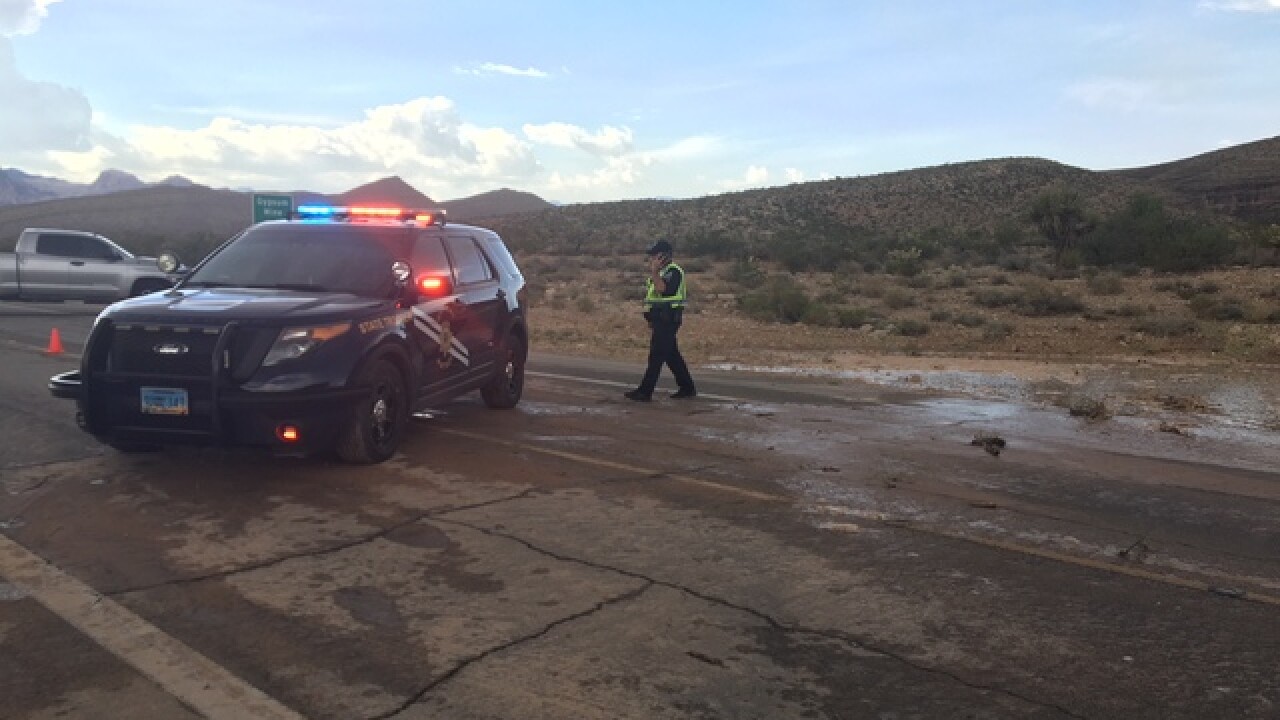 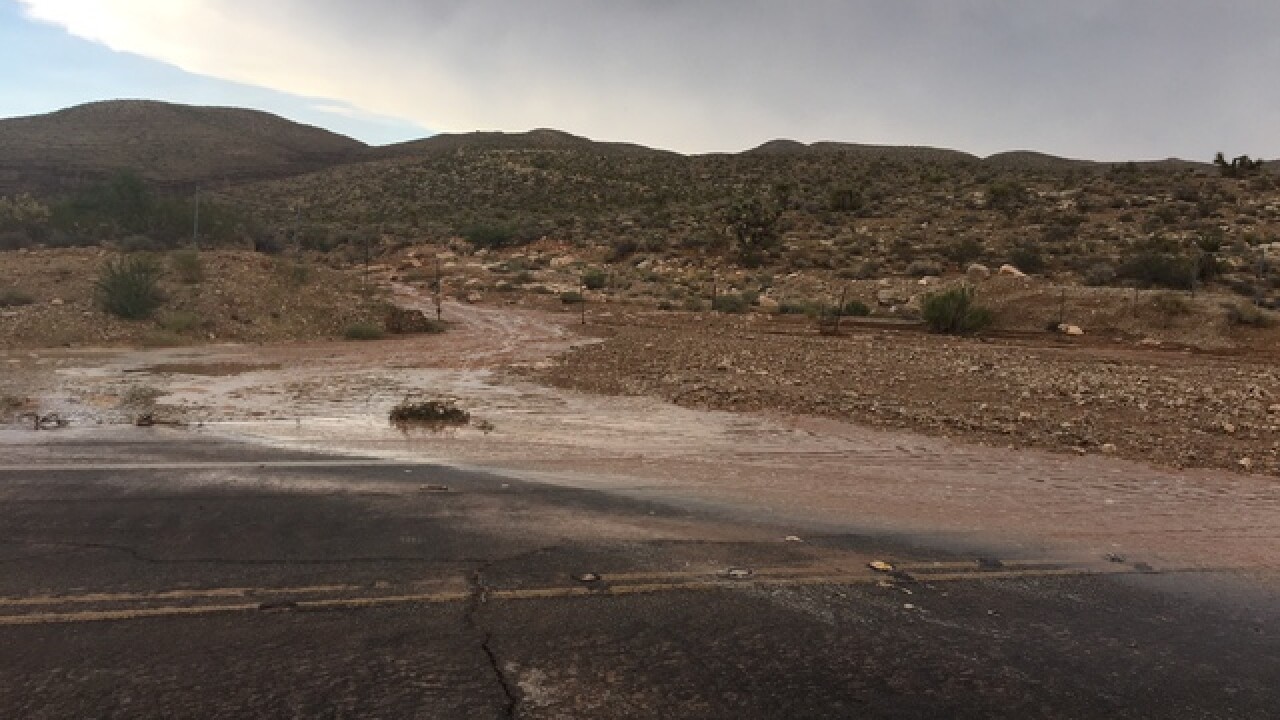 ORIGINAL STORY: State Route 159, which is also known as Charleston Boulevard, near the town of Blue Diamond was closed this afternoon because of flooding.

Drivers waiting for SR159 to clear up to get through. This is right by Red Rock, near the town of Blue Diamond area. pic.twitter.com/h4GHUwSShU

Another monsoon storm popped up early Sunday afternoon just outside of the Las Vegas. The rain was confined mostly to the Spring Mountains and Red Rock Canyon National Conservation area. There were reports of heavy rain for a brief period in the Summerlin area and a few sprinkles in the Spring Valley area.

The rain. Is coming down sideways right now on the west side of the Las #Vegas Valley. #VegasWeather #Monsoon #nvwx pic.twitter.com/SOXMwUwj9W

According to 13 Action News meteorologist Dan Bronis, the rain has mostly ended. However, there is a Flash Flood Warning in effect until 6:30 p.m. for some area.

3:32 pm - Flash Flood Warning now in effect for the Spring Mountains to include Red Rock, Blue Diamond and Mountain Spring until 6:30 pm. Do NOT drive through flooded roadways. #vegasweather #nvwx pic.twitter.com/oK2HyTWDbj