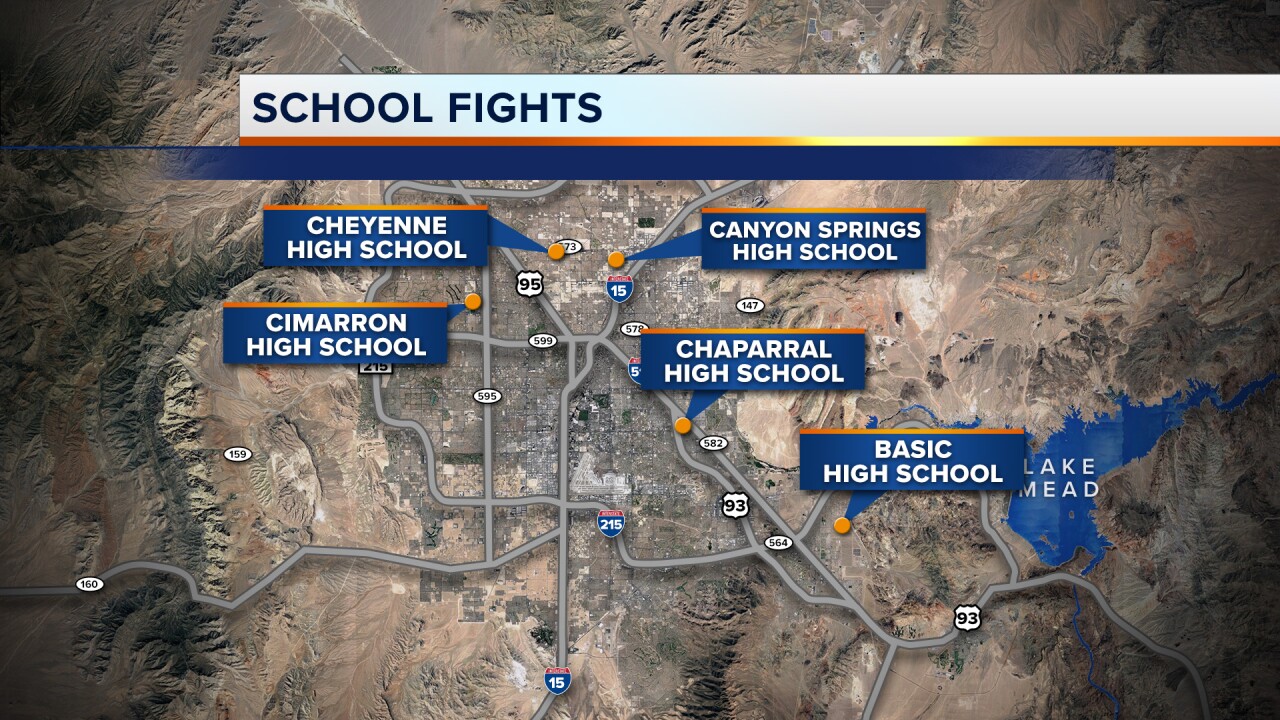 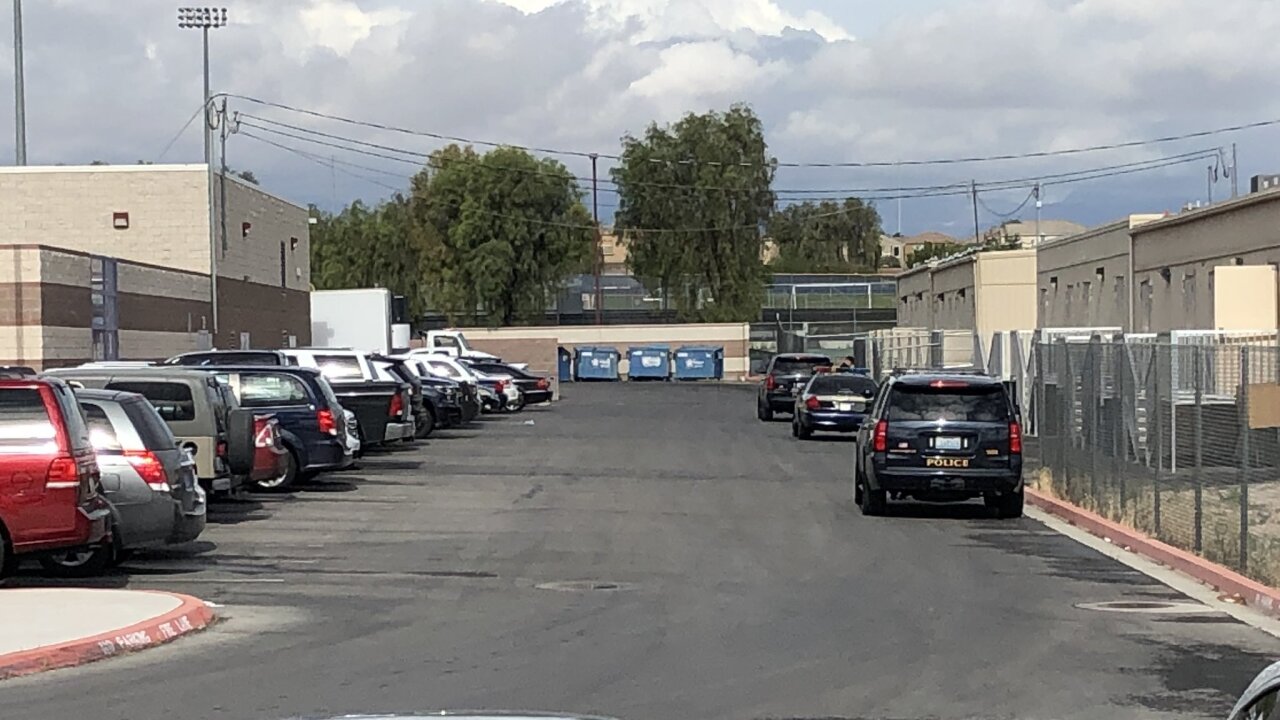 1 student was arrested and 1 student received a citation after a fight early this morning at Canyon Springs High School. A bus driver was injured in that incident and pepper spray was used.

3 male students got into a fight at Canyon Springs High School. Pepper spray was used to break up the fight. The students received citations.

12 female students got into a fight at Chapparal High School. Pepper spray was used to break up the fight. The students received citations.

2 males got into a fight near the bus yard at Cheyenne High School. Both of the males received citations.

ORIGINAL STORY
Officers responded to two separate fights at Canyon Springs and Chaparral high schools on the final day of the school year, according to school police.

Police used pepper spray to gain control of the situation in both incidents.

The first fight happened around 7 a.m. at Canyon Springs near Alexander Road and 5th Street.

One student was brought into custody and a school bus driver was injured after a fight broke out between two male students in the quad, school police say.

Officials say the student in custody punched an officer twice in the face. He was charged with battery of a protected person and participating in a fight.

A second subject was cited for obstruction because he tried to hinder police from taking action. One subject is still outstanding as officers try to determine the identity of the second student involved in the fight.

During the incident, a school bus driver was injured and transported to the hospital to be evaluated. No word at this time on the extent of her injuries.

Hours later, around 11:15 a.m., a separate fight broke out at Chaparral High School near Twain Avenue and Annie Oakley Drive.

Police say 12 female students were cited for fighting in that incident.