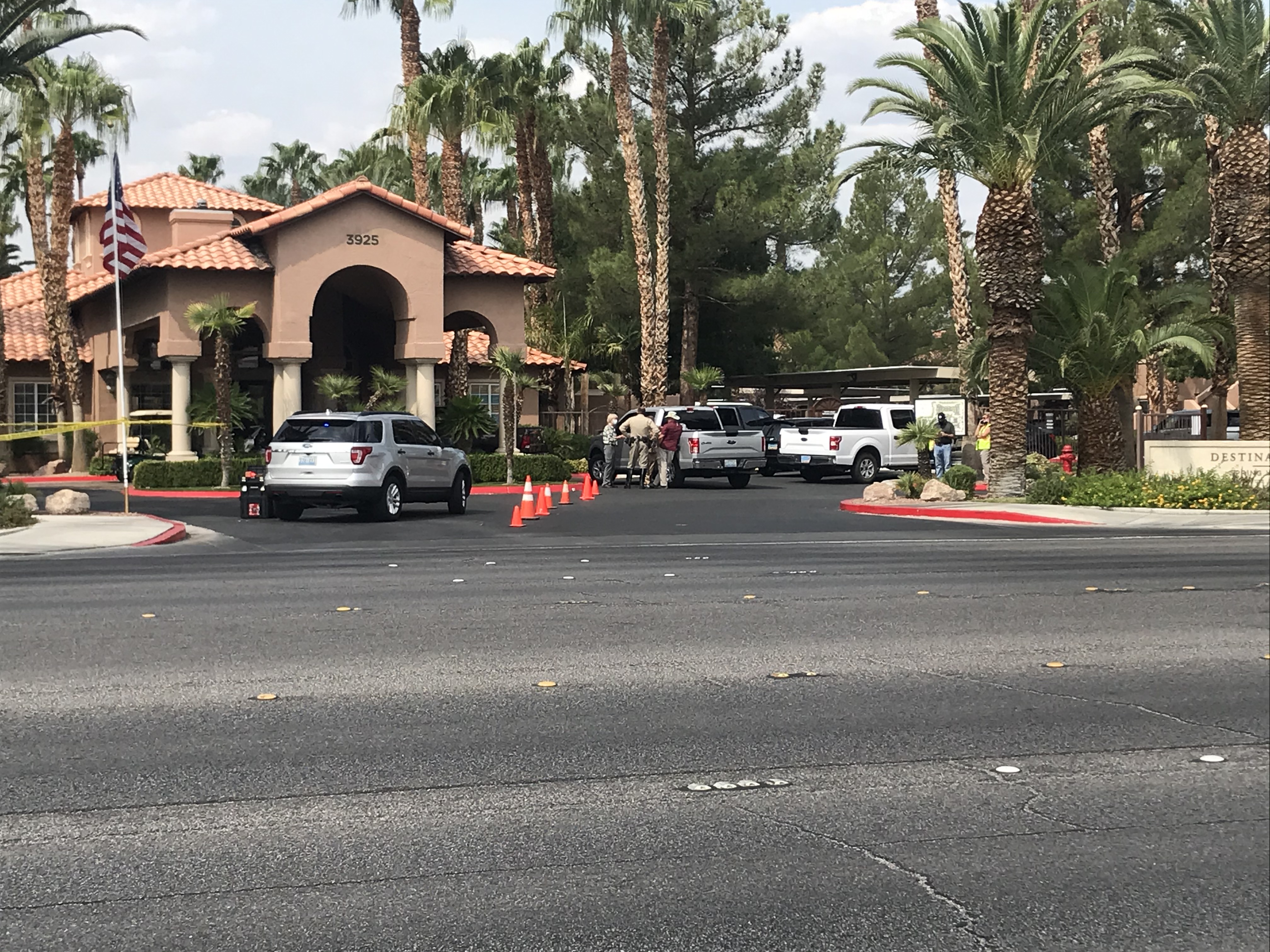 Las Vegas police are investigating a deadly crash involving a shuttle bus and a pedestrian on Jones Boulevard between Twain Avenue and Flamingo Road shortly before 9 a.m. Police say the pedestrian was pronounced deceased on the scene. The community is asked to avoid the area as the investigation is still ongoing.

LAS VEGAS (KTNV) — The 52-year-old female driver of a Regional Transportation Commission (RTC) paratransit bus is dead after being ran over by the bus on Tuesday.

It happened shortly before 9 a.m. at the Destinations Apartments at 3925 S. Jones Boulevard.

Police say the driver got out of the bus to enter a code in the keypad at the gate and failed to put the bus in park.

The bus began to move forward and the driver attempted to gain control of the bus. The driver was knocked down and ran over.

The bus continued forward and hit an empty pickup.

The driver was declared dead at the scene.

The Clark County coroner will identify the driver after notification has been made.