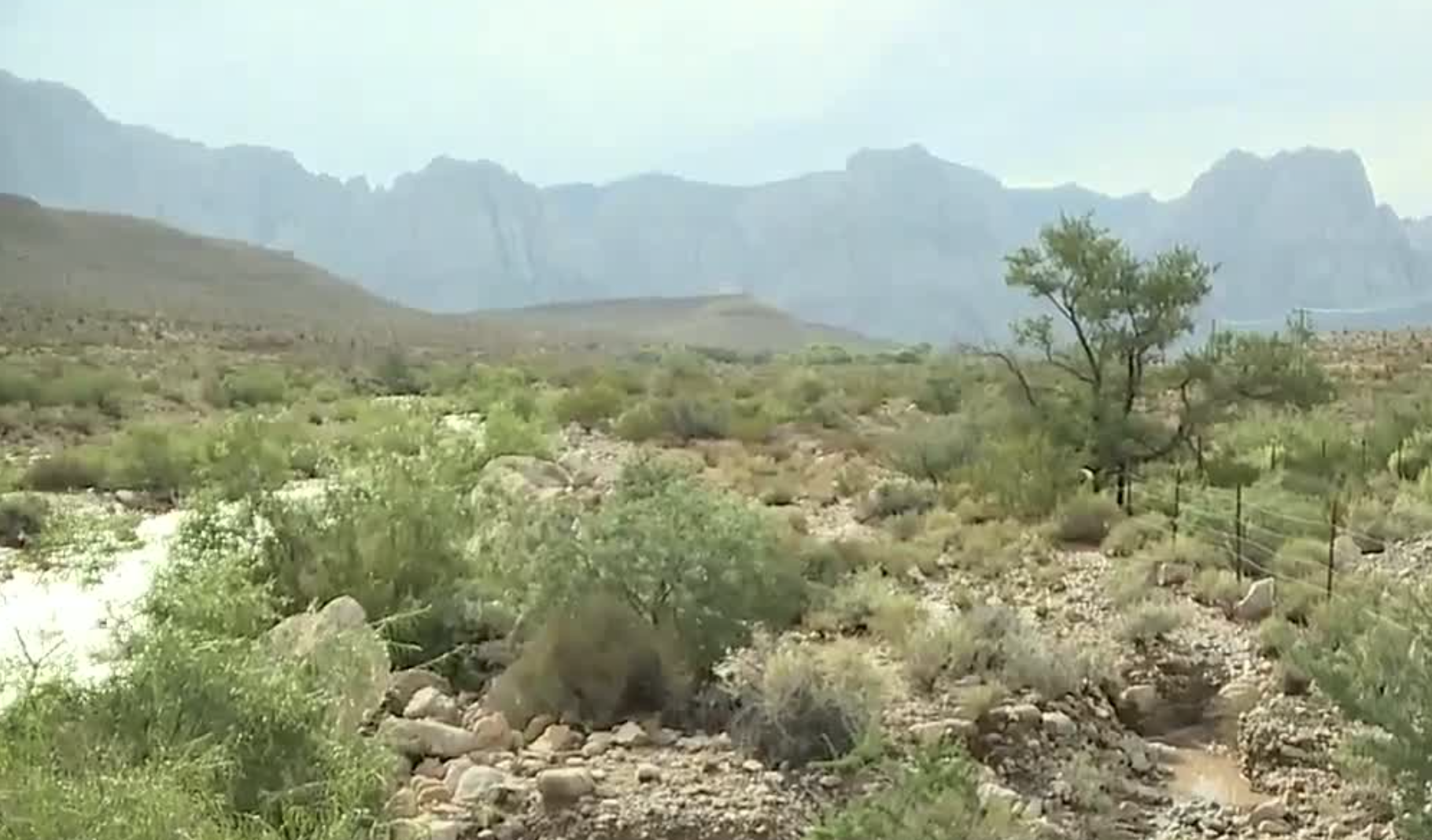 Much of the rain died down around the Las Vegas valley. 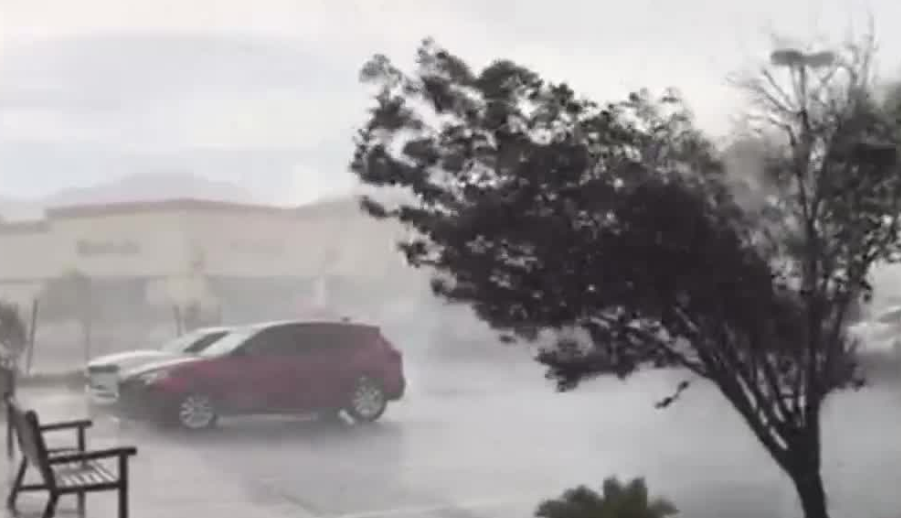 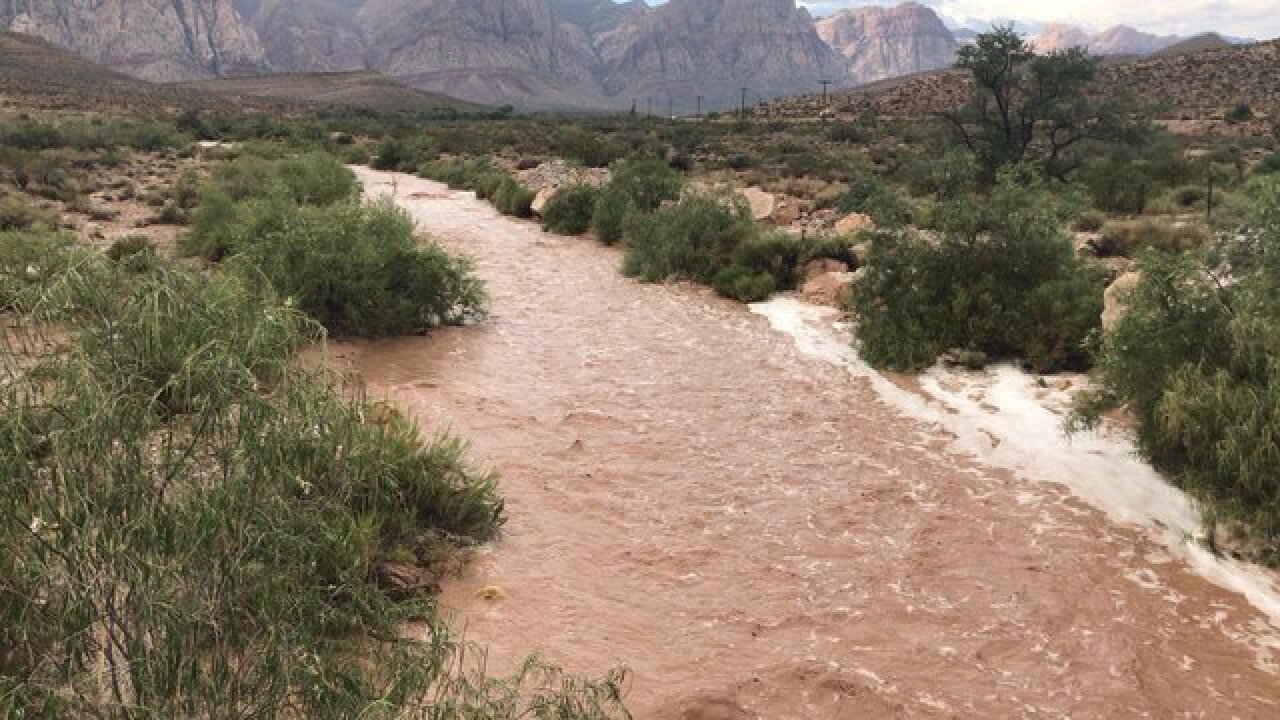 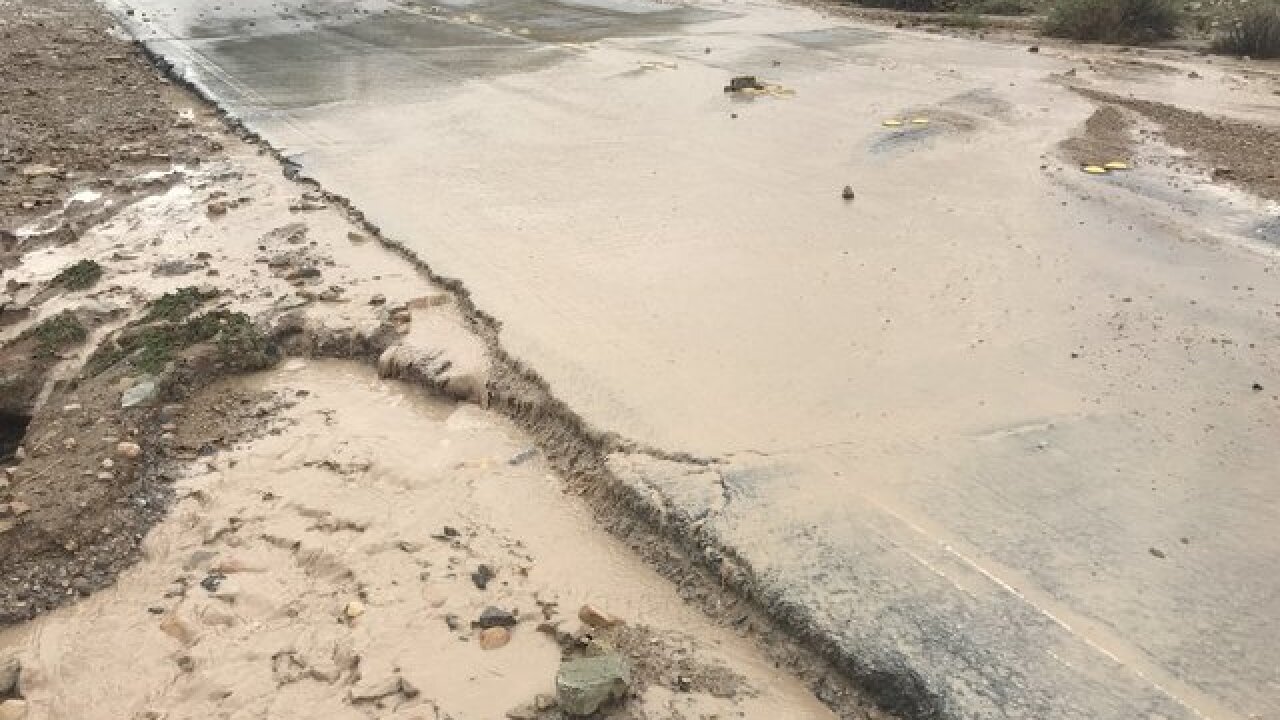 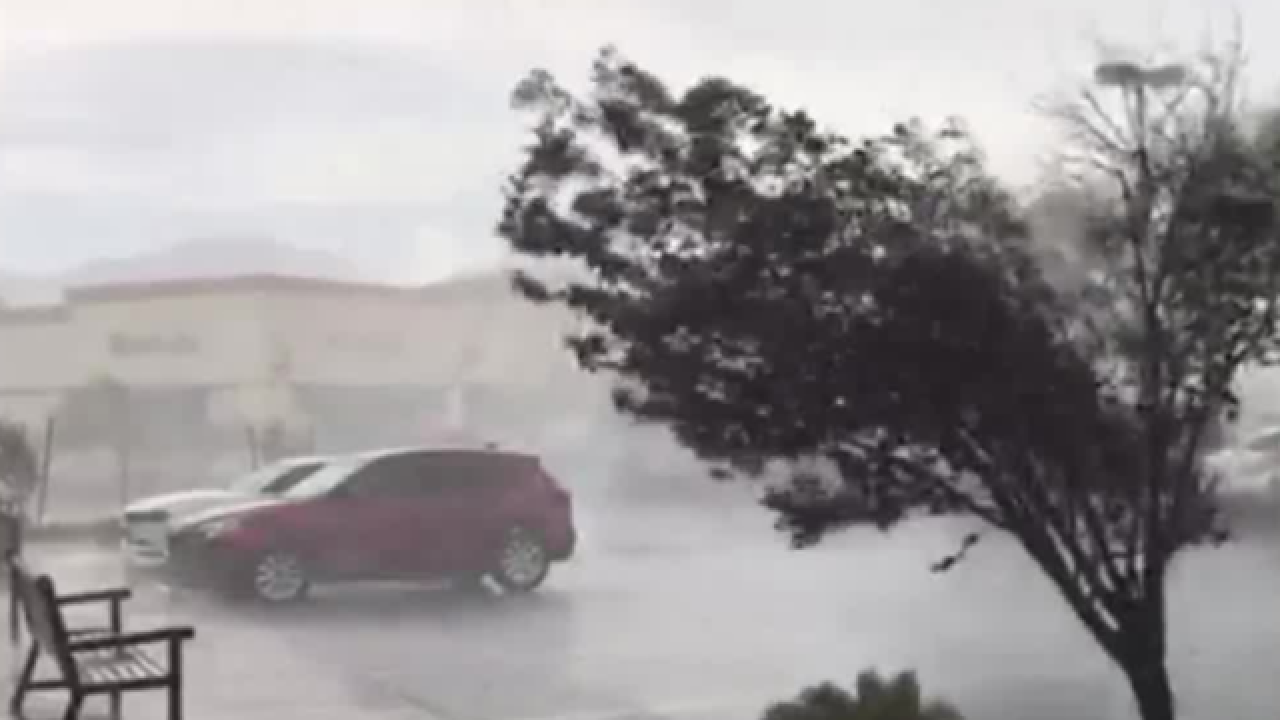 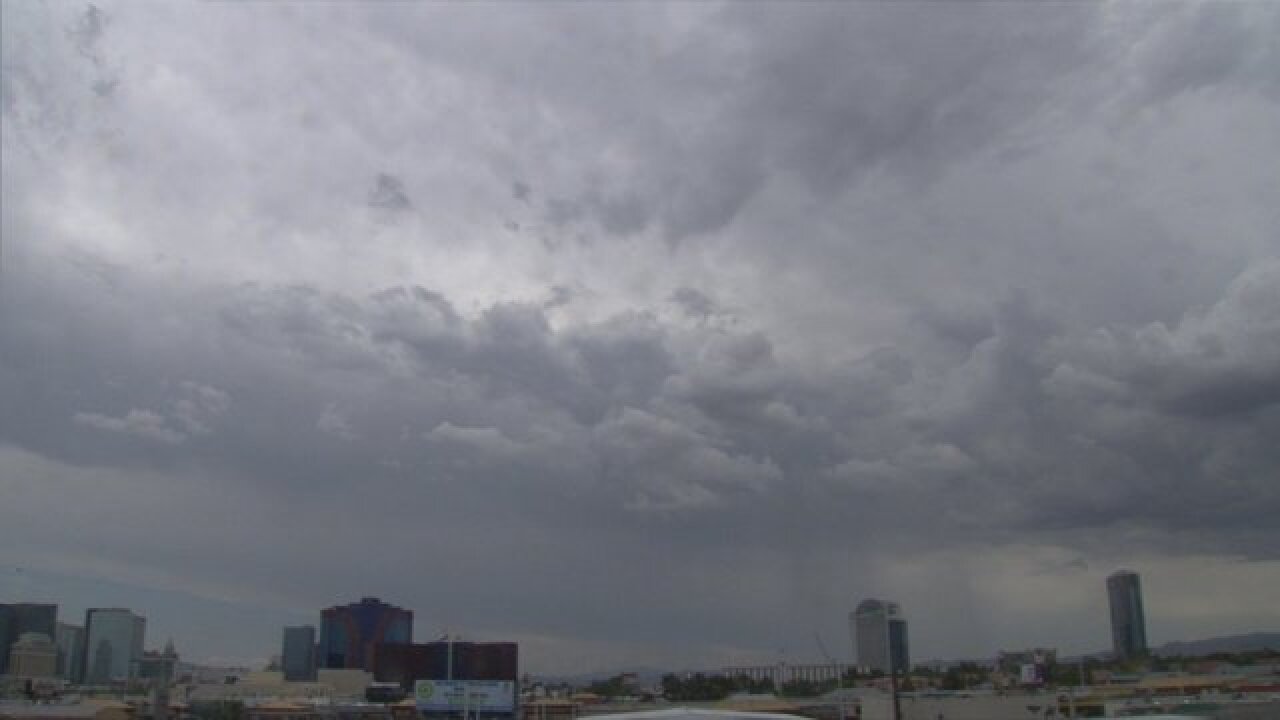 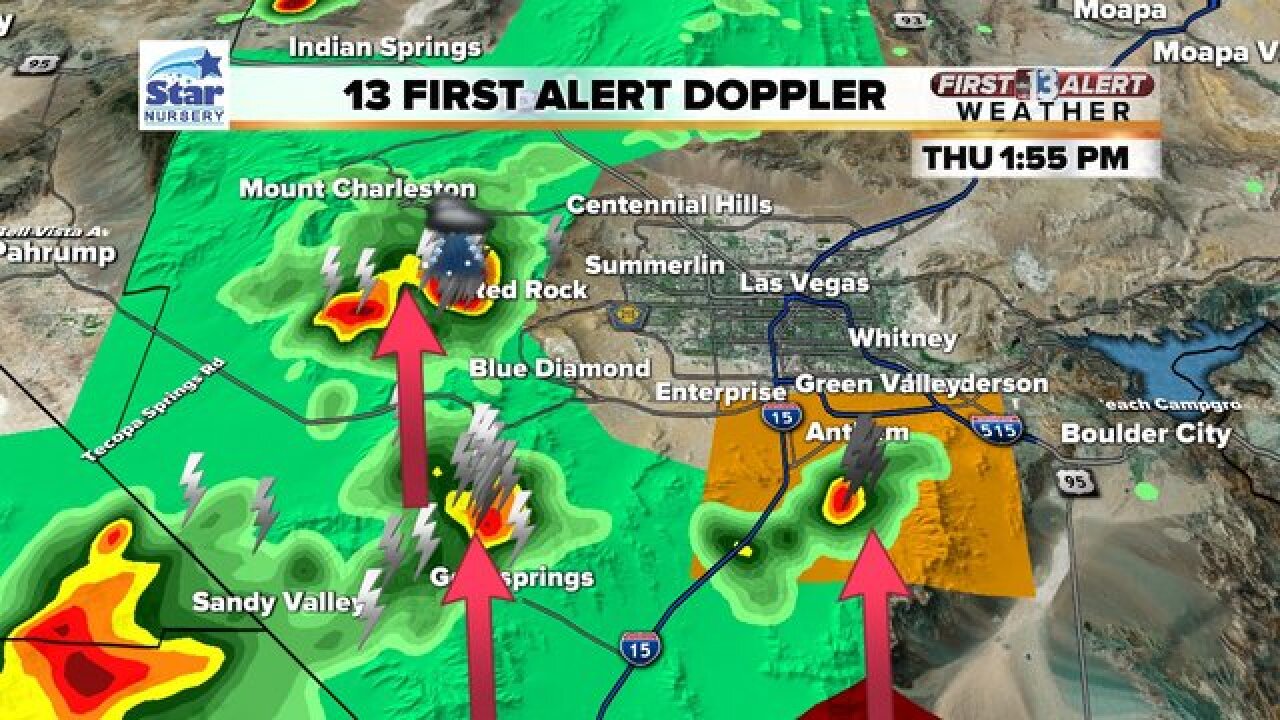 The Las Vegas valley is being hit by rain Thursday afternoon.

Chasing some of the storms making their way through the Las Vegas area. Looks like the washes in the town of Blue Diamond are getting a workout. @KTNV pic.twitter.com/isjucwKw6o

A Severe Thunderstorm Warning was issued for Anthem, Southern Highlands, Green Valley and Silverado Ranch before being canceled around 2:10 p.m.

A Flash Flood Watch has been issued for the areas affected by the earlier storm through 5 p.m. and also includes Summerlin, Las Vegas, Mountain's Edge and east Las Vegas.

A Flash Flood Warning was issued for northwestern Arizona, including areas in the Lake Mead National Recreation Area, through 6 p.m.

An earlier Flash Flood Warning was issued at 11:46 a.m. for North Central San Bernardino County in southern California and south central Clark County. The warning is in effect until 3:45 p.m.

Flash Flood Warning for these storms near the CA/NV line. pic.twitter.com/1xwSULVfAA

According to National Weather Service, a slow-moving storm could produce rain at the rate of 3 inches per hour and wind gusts between 30 and 40 mph.

If it rains in the Las Vegas valley, it will most likely happen between 2 and 5 p.m.