Copyright 2018 Scripps Media, Inc. All rights reserved. This material may not be published, broadcast, rewritten, or redistributed.
Jason Harvey

President Donald Trump will be in Las Vegas on Sept. 20.

TRAFFIC ALERT: President Trump is scheduled to arrive at McCarran Airport at 6:30 p.m. Expect road closures and traffic delays in the area around the airport and the convention center including:

#TrafficAdvisory: If you're traveling from McCarran this evening, give yourself extra time to get to the airport as there will be temporary road closures while the presidential motorcade moves around the Las Vegas valley.

A MAGA Rally is scheduled to begin at 7 p.m. at the Las Vegas Convention Center with many attendees in line by mid-afternoon. 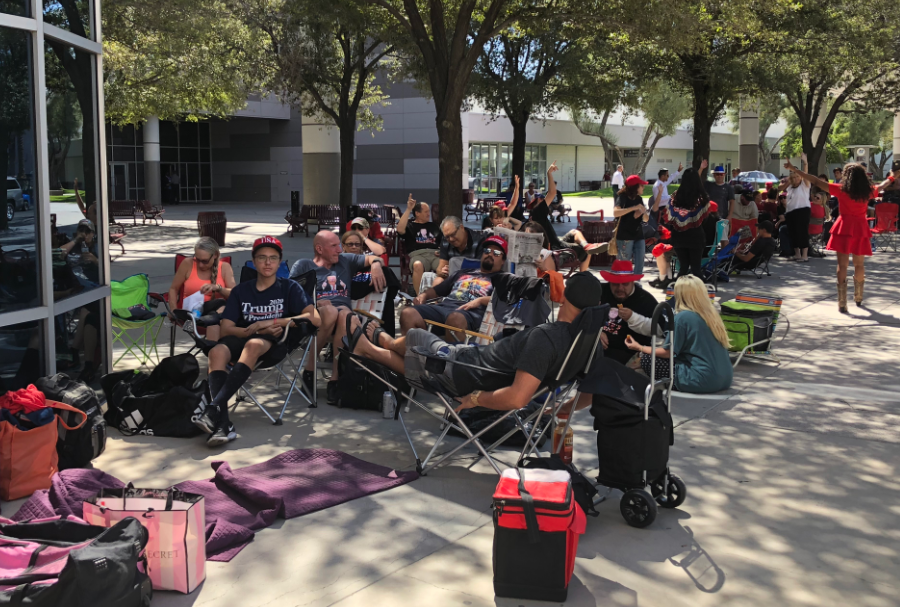 This will be the 11th rally that President Trump has held in Nevada and the 7th rally in Las Vegas since he began his race for president in 2015.

In light of the recent heated political climate, we're asking the question: Can people on both sides come together and listen to each other's point of view? Is it possible to meet in the middle?

Doors will open at 4 p.m. for general admission. Click here for tickets and more information.

President Trump will also appear at fundraisers for Sen. Dean Heller and Danny Tarkanian on Friday.

❌❌❌❌TRAFFIC ALERT❌❌❌ ❌
Motors posing with the Beast!!!
Reminder: There will be road closures today and tomorrow as the President of the United States is in town. Please plan accordingly. pic.twitter.com/bvfmzJ30q0