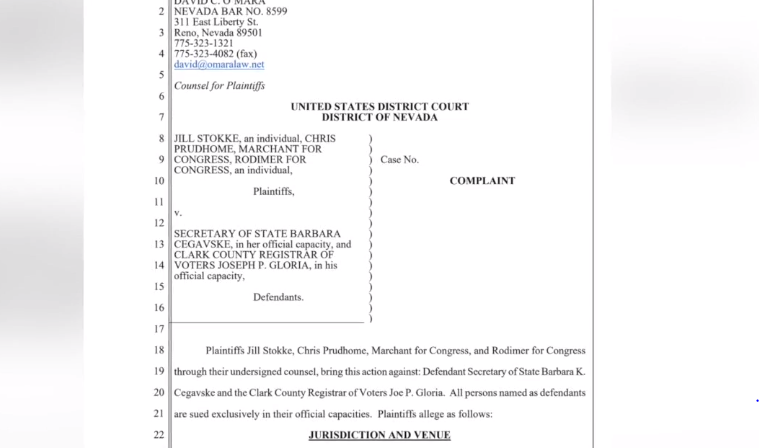 Judge Andrew Gordon denied the motion to stop the use of Clark County’s signature verification machine or to change the county's vote-counting observation rules. 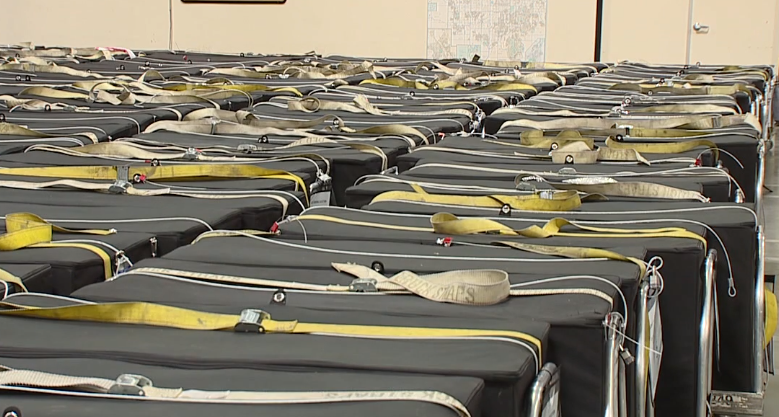 LAS VEGAS (KTNV) — A telephonic hearing took place on Friday in relation to a lawsuit that was filed against Secretary of State Barbara Cegavske and Clark County Registrar of Voters Joe Gloria.

The lawsuit alleged the county’s signature verification system uses lower quality images than its software requires and a federal judge denied the motion from the Nevada Republicans that has also claimed voter fraud in the state.

Judge Andrew Gordon denied the motion to stop the use of Clark County’s signature verification machine or to change the county's vote-counting observation rules.

The lawsuit’s plaintiffs were listed as registered voter Jill Stokke; Chris Prudhome, a “credentialed member” of the media (who described himself as a senior advisor to the state Republican Party) who attempted to observe ballot counting in Clark County; and campaigns for Republican candidates Jim Marchant and Dan Rodimer, who are running for congressional seats.

The lawsuit filed was to stop Clark County from using its signature verification machines known as the Agilis system.

#Election2020: An interesting note from @NVSOS response to federal lawsuit to stop the electronic match of signatures in @ClarkCountyNV.
SOS says, while all ballots are checked by Agilis, only 30% of signatures are matched by the system.
The other 70% go on to be matched manually pic.twitter.com/vLuTrk4WOu

The lawsuit also claimed that Stokke went to vote in person and was told her ballot had already been received by the election department. However, Stokke claimed she has not voted.

In her declaration, Stokke claimed that Gloria pressured her to “attest to a lie."

Registrar of Voters Joe Gloria said during a press conference on Thursday that he met with her and the elections department believes that it is her signature on the mailed-in ballot. He also said they gave her the opportunity to provide a statement but she refused to do so.

Judge Gordon ruled Stokke could have taken the offer to fill out a provisional ballot and that there was no evidence Agilis had anything to do with her ballot.

Prudhome, who describes himself as a frequent Fox News guest commentator on Twitter, says that he was denied access to view ballot counting in Clark County on Wednesday.

Friday, the Nevada Attorney General’s Office filed a Response to a Motion for Preliminary Injunction in a new lawsuit regarding Nevada's election. Read the response below.

While the lawsuit was announced yesterday at 8:30am, Plaintiffs did not file the "emergency" lawsuit for nearly 12 hours. Plaintiffs requested a Temporary Restraining Order against the use of a ballot machine used in Clark County, among other items. While it repeats several of the same claims, this suit is a separate action previously denied by Nevada's First Judicial District Court Judge James Wilson.

"While the Attorney General's Office normally does not comment on pending litigation, I feel compelled to dispel the misinformation being circulated to undermine the public's trust in our election,” said AG Ford. “To all Nevada voters: rest assured that the State of Nevada takes its responsibility to voters seriously, and is using every available resource to ensure the safety and security of this election. Courts have already found no evidence of fraud. Nevada's election officials will count all legal votes, as is the normal course of action in every election.”

In the Complaint, Plaintiffs made a variety of unsubstantiated claims without a shred of evidence, most of which have already been brought before a court in this state, examined, and found meritless.

Specifically, the Response states these allegations are "absurd and must be rejected by this court."