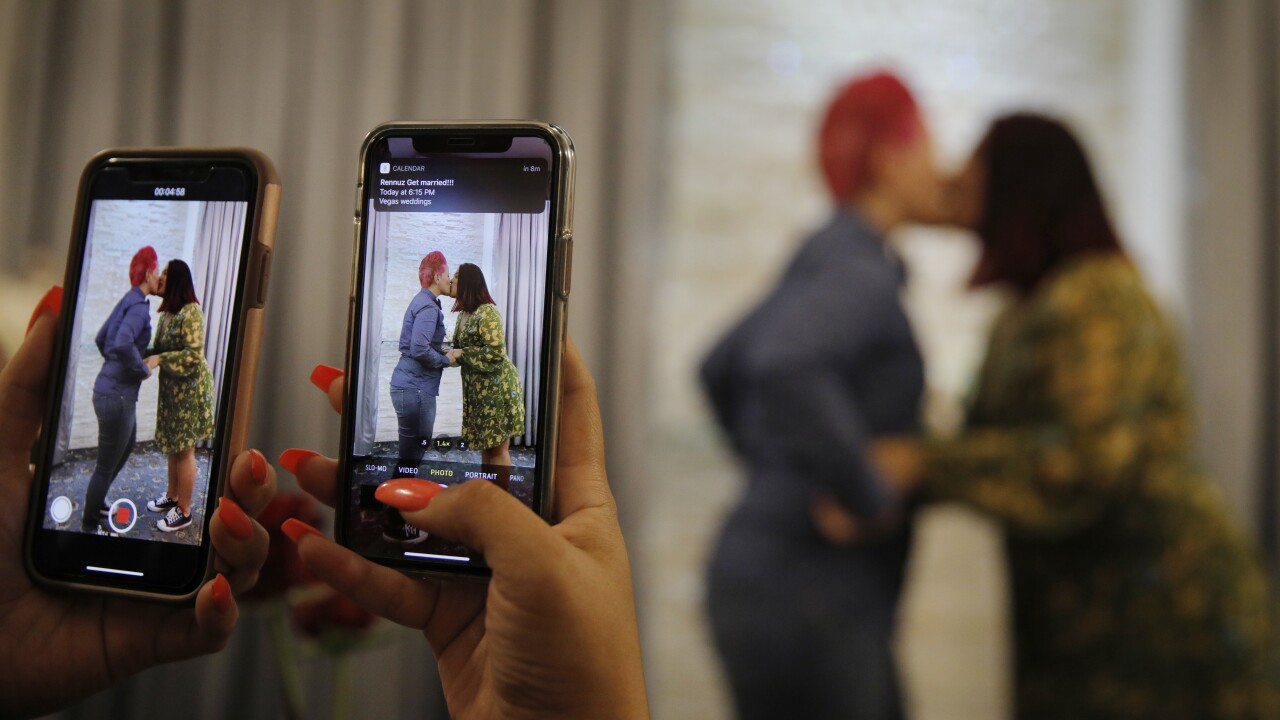 John Locher/AP
FILE - In this May 8, 2020 file photo, Cynthia Sanchez takes video and pictures as her sister Jennifer Escobar, right, and Luz Sigman kissing during their wedding ceremony at Vegas Weddings in Las Vegas. Las Vegas has been known for decades as the place for exuberant nuptials blessed by the swirl of Elvis' white capes. But for years legal marriages were barred for same-sex couples. Now, the state that's home to the self-proclaimed "wedding capital of the world" is the first in the country to officially protect same-sex marriage in its constitution. (AP Photo/John Locher, File)

CARSON CITY (KTNV) — Las Vegas has long been known as the self-proclaimed "wedding capital of the world," but for years legal marriages were barred for same-sex couples.

Now, Nevada is the first state in the country to officially protect same-sex marriage in its Constitution.

Reno businesswoman Karen Vibe says the November vote eases the anxiety that she and other LGBTQ people are feeling about the new conservative makeup of the U.S. Supreme Court.

A 2015 decision by the court guaranteeing same-sex couples the right to marry nationwide.

But about 30 states still have bans on the books. Virginia lawmakers repealed theirs this year, but similar efforts have failed in Indiana and Florida.