It was a busy afternoon and night at a post-caucus event in downtown. 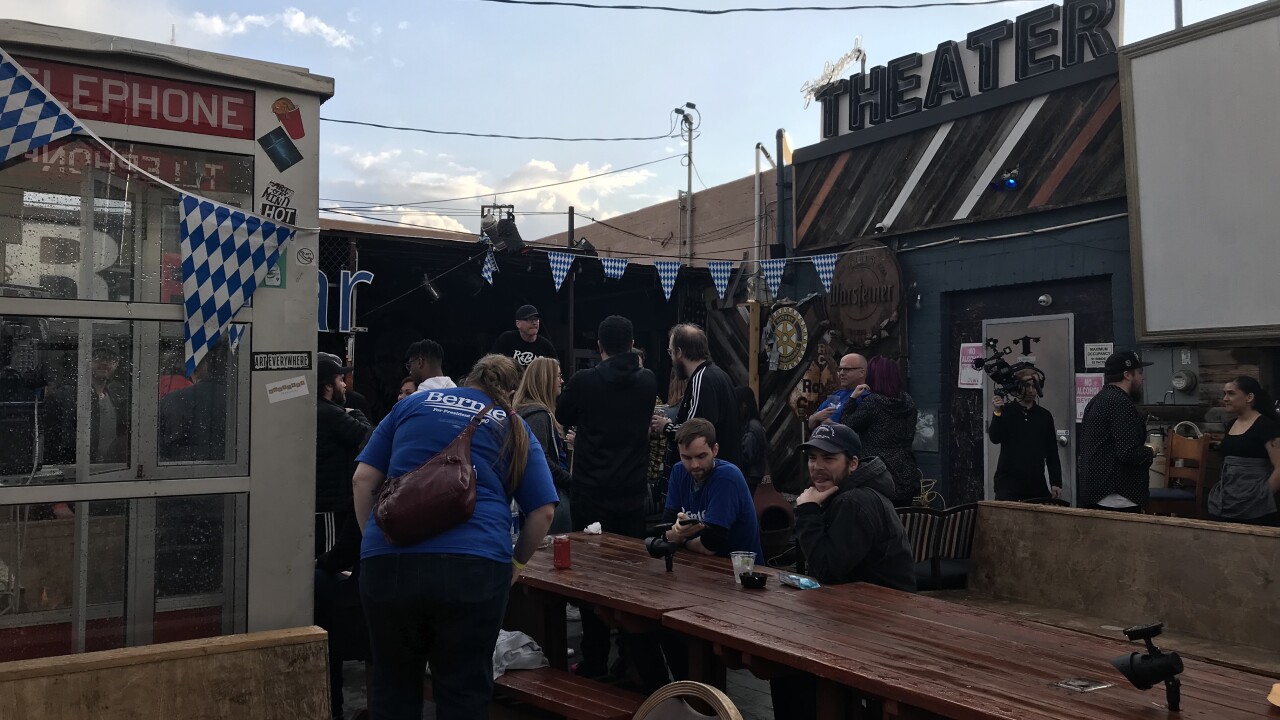 LAS VEGAS (KTNV) — It was packed afternoon and night in the Las Vegas Arts District for a post-caucus volunteer event at ReBar on Main Street.

Caucus volunteers and Bernie Sanders supporters were out in full force following his win.

“Most of the people there knew they were Bernies, and the ones that decided to go their second round a lot of them finally realized that that was the candidate that served their needs,” says Egberto Willies, volunteer.

“I just think that voting allows people to have an opportunity to have a voice,” says Leyla Martinez.

Martinez volunteered at multiple precincts on the city’s east side today.

“Two of the people that were supporting warren who were not viable in that precinct went to Bernie and two women who were undecided previously,” says Martinez.