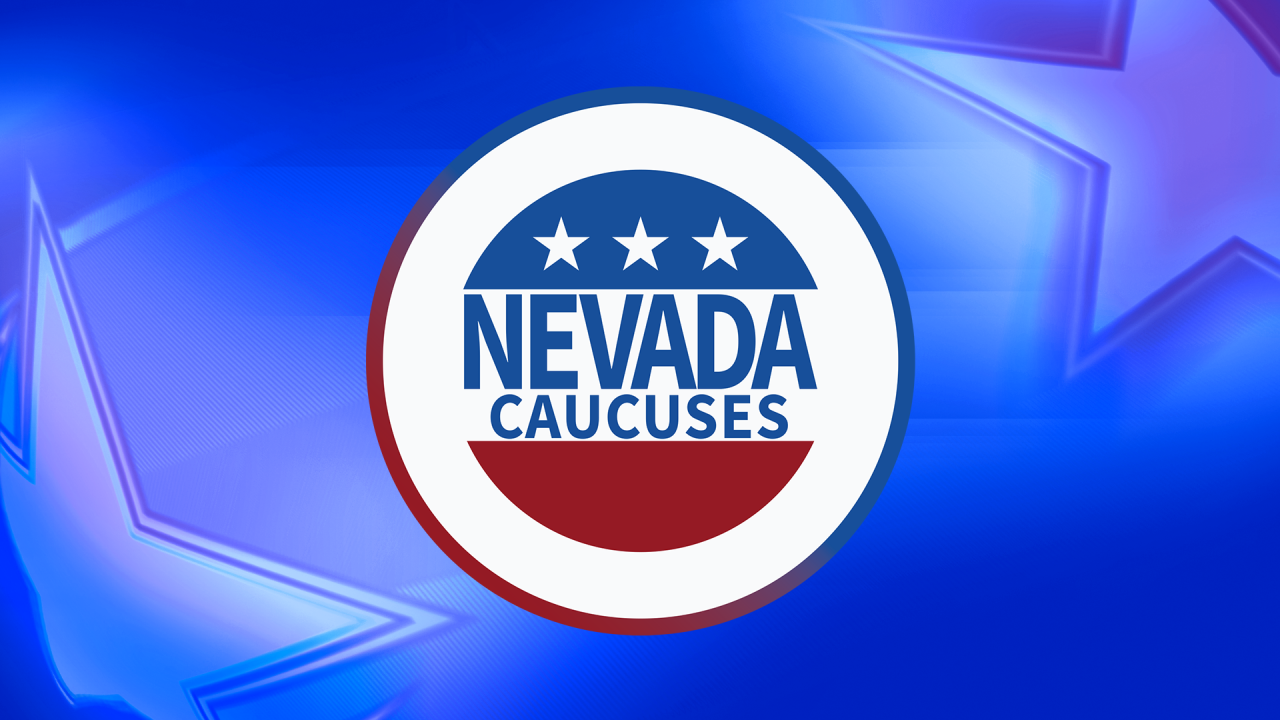 LAS VEGAS (KTNV) — Nevada Caucus Day is Feb. 22. Democrats will gather at over 250 locations across the state to declare their presidential preferences.

Check in will begin at 10 a.m. and caucuses will be called to order at noon.

There are 136 locations in Las Vegas and voters can click here to find out where you should go based on your address.

The following is real-time Nevada caucus coverage throughout Saturday:

"The Nevada results reinforce the reality that this fragmented field is putting Bernie Sanders on pace to amass an insurmountable delegate lead. This is a candidate who just declared war on the so-called "Democratic Establishment." We are going to need Independents AND Republicans to defeat Trump – attacking your own party is no way to get started. As Mike says, if we choose a candidate who appeals to a small base – like Senator Sanders – it will be a fatal error."

Nevada, y’all did it for me! Thank you to all of our incredible supporters, volunteers, and organizers around the state. We couldn’t have done this without you.

"Democrats are no closer to nominating a candidate who can actually beat President Trump. While Democrats bicker over whose positions are more radical, support for President Trump continues to grow because he continues to make good on his promises and our nation is thriving like never before. As Democrats continue to spend their resources attacking each other, our side is unified and organized for the President. In November, Americans will vote to re-elect President Trump and continue this great American comeback.”

If their numbers are accurate, and they are listing results by precincts, @PeteButtigieg's campaign has a quarter of the Nevada caucus vote tallied and he is holding on to second place.https://t.co/hEy6wAC9qH

Sen. Bernie Sanders thanks supporters as ABC News projects he will win the Nevada caucuses: “We have just put together a multi-generational, multi-racial coalition, which is going to not only win in Nevada, it’s going to sweep this country.” https://t.co/ay677BcHi7 pic.twitter.com/Twc6lfuOj3

As early Nevada results come in, Andrew Yang criticizes the caucus process: “If you’re going to be a democracy...why would you make it harder for people to vote in your earliest nominating process?”

BREAKING: ABC News projects that Bernie Sanders will win the Nevada Democratic caucuses, based on an analysis of the vote. https://t.co/vkDhkwLfmD pic.twitter.com/wWibxERP8q

JUST IN: @ABC is projecting @SenSanders will win the #NVCaucus. This will be another win in the popular vote tally for him. Race moving #SouthCarolina for its primary next week, before #SuperTuesday. @KTNV

Joe Biden addresses supporters in Nevada as the state Democratic Party begins to report results: “I plan on coming back to win this state outright.” https://t.co/vkDhkwtEv5 pic.twitter.com/iZfV6j71H0

IT’s OFFICIAL - the @NVGOP has bound its delegates to President Trump!

My precinct location has finished up and @BernieSanders won our room! 🥰🔥 thank you to all who came out to rep today, and HUGE shoutout to all the organizers & volunteers in the northwest who ran the ground game. #NevadaCaucus2020 #NVCaucus #BernieSanders #BernieBeatsTrump pic.twitter.com/58iOidQkDG

In precinct 4387 Bernie is the only viable candidate. He wins all 24 delegates with 67 votes. @KTNV pic.twitter.com/JV1521hCib

It took some figuring but Sanders came out with 9 delegates and Buttigieg got 4 #nvcaucus pic.twitter.com/TOBUe7oEgu

1:38 P.M.
It looks like some of the precints are being determined by cards in northern Nevada.

Half of the 4 precincts I chaired this morning were determined by cards. Both were small precincts only awarding 1 delegate. #NVCaucus

1 to Pete
1 to Warren pic.twitter.com/P4MydINNfJ

Very smooth sign up here at Cheyenne High School for the #2020NevadaCaucus - thank you to ALL of our wonderful volunteers! pic.twitter.com/doXfnD83Um

Were keeping tabs on two precincts here at Rancho High School. So far Bernie is a viable candidate in both based on sheer number of active participants in their corner. @KTNV pic.twitter.com/VW1Kha9N9t

Lots of homework is getting done while everyone waits for the #UNR caucuses to start. The door are shut & things are about to begin #NVCaucus #NotMeUs pic.twitter.com/MEbsk7ZpVn

Our last stop of the day before the #NevadaCaucus kicked off was Cheyenne High School! Thanks to all the volunteers, staff & caucus participants! #FirstInTheWest pic.twitter.com/qfGQqyeSmq

Nevada caucus-goers made up their minds comparatively early; just 15% say they finally chose their candidate today or in the last few days, per preliminary entrance poll results, compared with 36% in Iowa and 51% in New Hampshire. https://t.co/79yoCDcxgR

Exciting beginning to the #NVCaucus this morning. It’s a family affair, with my wife as Site Lead and my son as dutiful helper. Me? Just here to do what my wife says!

A special thanks to all of the precinct captains who arrived early to prepare for an on-time open our caucus! pic.twitter.com/7x4cUH2VOR

Incredible energy in the @MandalayBay employee dining room only hours before the #NevadaCaucus is set to begin! Thank you to the staff, volunteers & @Culinary226 for ensuring workers can make their voices heard! pic.twitter.com/t9FUoA6ARy

Confirm your caucus site at https://t.co/0jmLLqrcfZ then head over to join your fellow Nevada Democrats for our #FirstInTheWest Caucus!

Today is the day Nevada’s voice is heard on who the next Democratic presidential nominee is going to be.
YOU MUST CHECK IN BETWEEN 10 AND NOON at your precinct to participate!
Details on potential problems live @KTNV 13 Action News at 9.

13 Action News talks with the candidates
GUIDE: What to do on Feb. 22 for the Nevada Caucus
Democrats face an important test in Nevada caucuses
Las Vegas oddsmaker sets line on Nevada Caucus, presidential election
Voters lining up on day 3 of early voting for Democrats in NV
Concerns over Nevada caucus next week