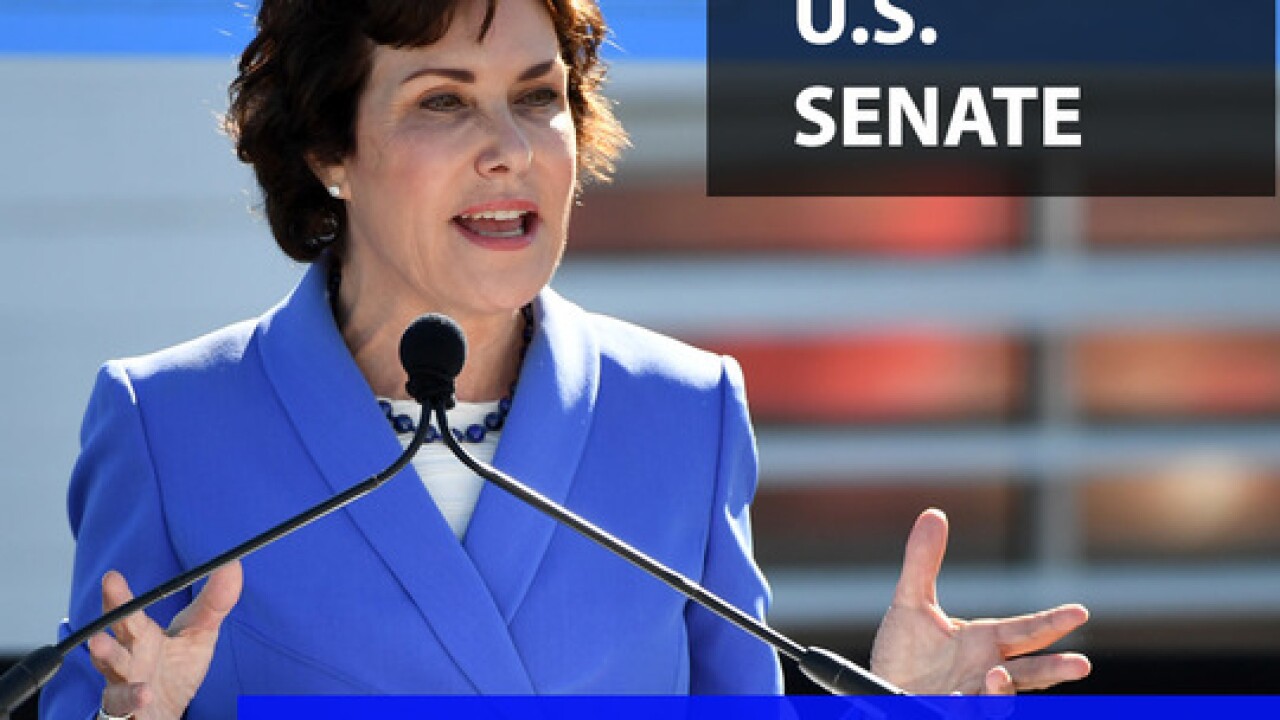 Democrat Jacky Rosen is the projected winner of the race for Nevada's seat in the U.S. Senate.

This will be Rosen's first term. Rosen is a relative newcomer to the world of politics. She went from being a synagogue president in Southern Nevada to U.S. Senator in 3 years.

Jacky Rosen: “This is a historic night for us, because now Nevada joins to be the fifth state with two women senators.” https://t.co/QF15MHrJt2 #ElectionNight pic.twitter.com/kOaccjwGbK

Rosen received a lot of support and money in her fight for the nation's most highly-coveted U.S. Senate seat. She criticized Heller throughout the campaign for changing his mind repeatedly about Obamacare, calling him "Senator Spineless" in campaign advertising. Heller criticized Rosen for her lack of experience and some of her business decisions in the past.

Rosen says that she will fight for better pay for teachers in Nevada and better funding to help improve Nevada's struggling public schools.

In addition, Rosen claimed during her campaign that she would fight to protect Nevada's public lands, insist on government reform, and fight any effort to cut Medicare.

“Congratulations to Jacky Rosen on being elected to the United States Senate. Nevadans had a clear choice to make in this race and they decided to elect a new voice who will fight to protect our health care, stand up for hardworking families, and put our state first. Voters made the right choice.

“Jacky has proven over the last few years that she will always focus on real solutions for regular people and have the backbone to do what’s right for Nevadans and not special interests. We now have the honor of having two women serving our state in the U.S. Senate, and I know Jacky will be a fantastic partner with Catherine Cortez Masto to fight for our state. Thanks to the hard work of our volunteers, our partners, and our friends in organized labor, Nevadans will have another Senator who listens to them and represents their interests.”