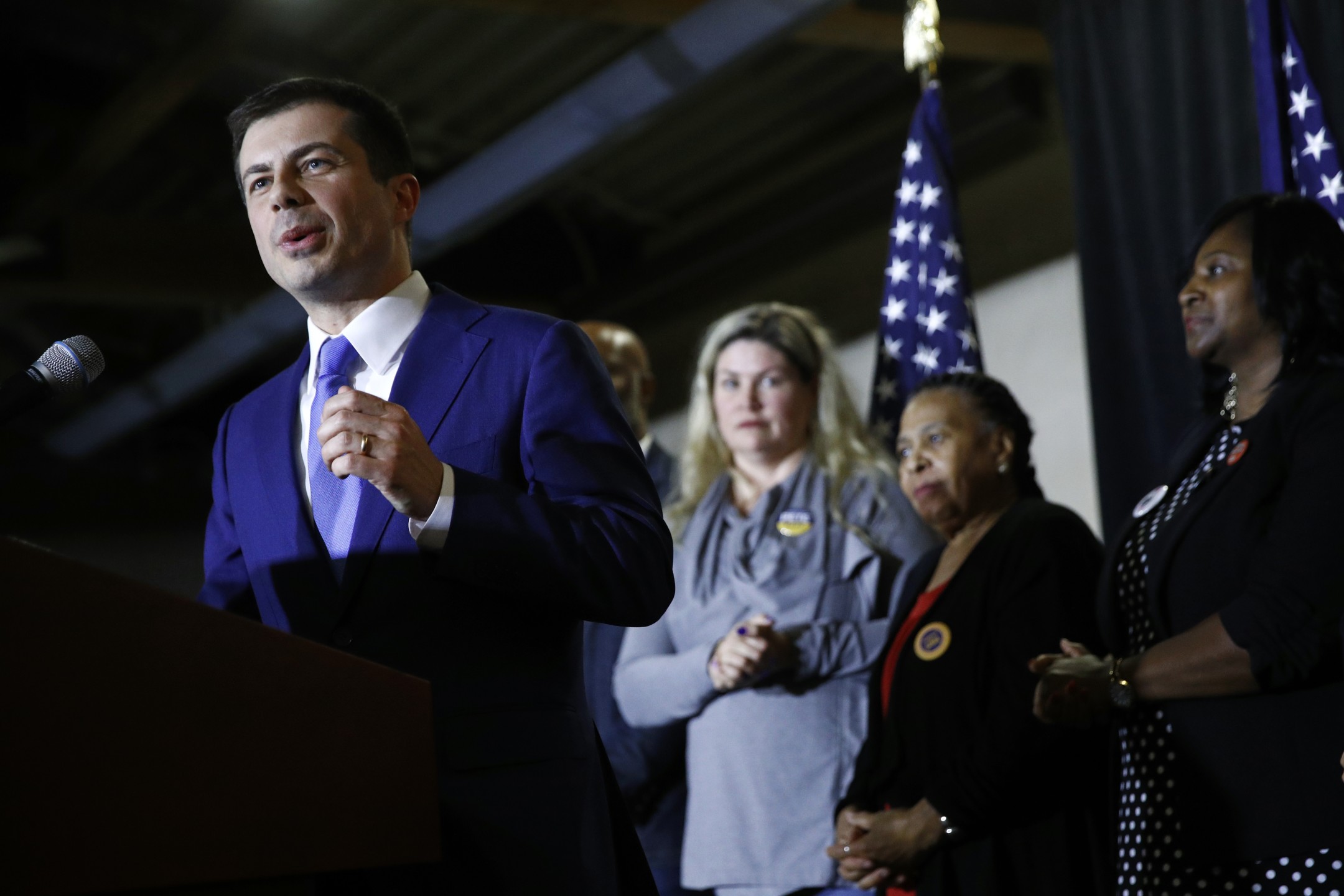 As numbers from the Nevada caucuses continue to tally from the Nevada State Democratic Party, Mayor Pete Buttigieg's campaign is calling them flawed and asking for a delay. 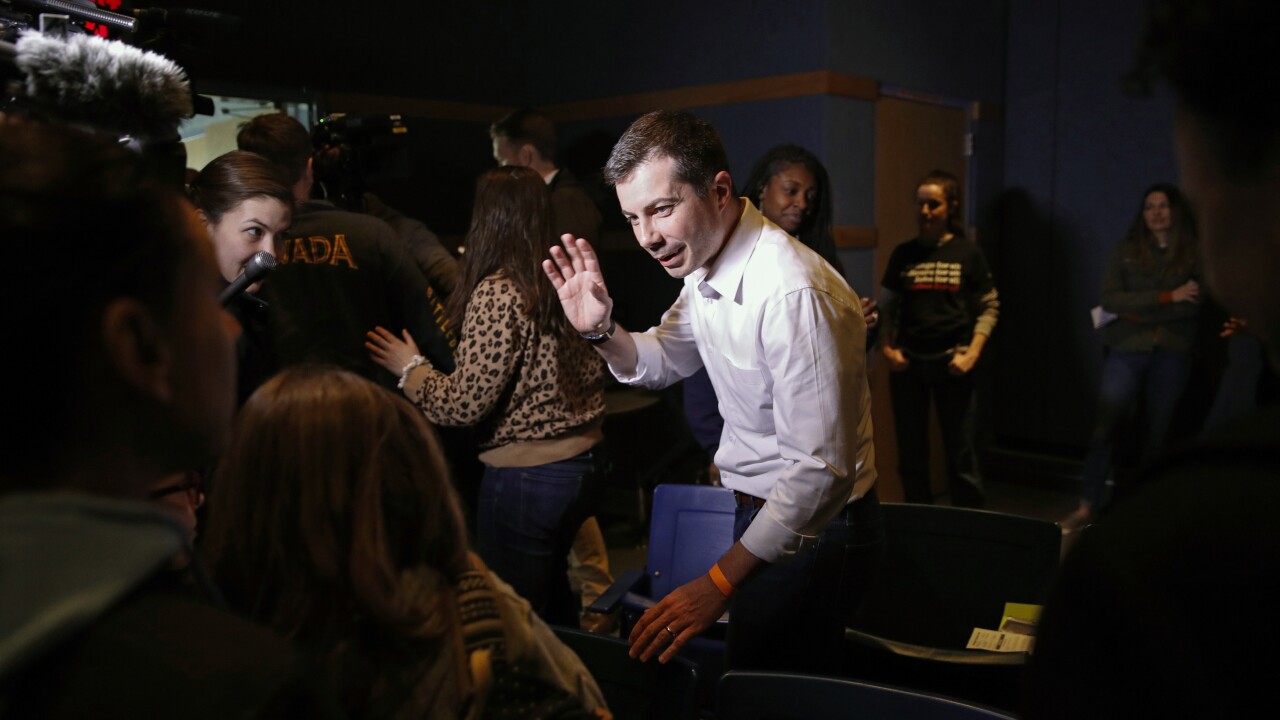 LAS VEGAS (AP) — Pete Buttigieg's campaign has questioned his third-place finish in Nevada's caucuses and called for the state's Democratic party to release a more detailed breakdown of votes and address reports of more than 200 problems allocating votes in Saturday's caucuses.

First reported by The Associated Press on Sunday, 13 Action News has obtained a copy of the letter sent to the Nevada State Democratic Party. It says in part, the process of integrating four days of early voting into in-person caucuses held Saturday was "plagued with errors and inconsistencies."

Hari Sevugan, the deputy campaign manager for Pete for America said in a statement:

What’s clear after tonight is that Pete remains the only candidate who has actually beaten Bernie Sanders in any contest, and has proven he can build the coalition that will defeat Donald Trump. Currently our data shows that this is a razor thin margin for second place in Nevada, and due to irregularities and a number of unresolved questions we have raised with the Nevada Democratic Party, it’s unclear what the final results will be.

The Nevada Democratic Party says it is not going to release a more detailed breakdown than originally planned and appeared to invite Buttigieg's campaign to seek a recount if it wants to challenge results.

Read the full statement from a spokesperson for NV Dems to 13 Action News below:

We laid out our early vote and Caucus Day processes step by step and we communicated these processes to all campaigns. We are continuing to verify and to report results. We never indicated we would release a separate breakdown of early vote and in-person attendees by precinct and will not change our reporting process now. As laid out in our recount guidance, there is a formal method for requesting a challenge of results.

Read the full letter addressed to Chairman William McCurdy II of the Nevada State Democratic Party from the Pete for America campaign below:

In a February 13 memorandum, the Party explained that it understood “just how important it is that we get this right,” vowing to “protect the integrity of Nevadans’ votes.” We share the Party’s understanding of the need to get this right. We write to request that the Party take concrete steps to make that a reality. To ensure the Party delivers on its goal of delivering the most transparent caucus in history, and in light of material irregularities pertaining to the process of integrating early votes into the in-person precinct caucus results, we request that you: (1) Release early vote and in-person vote totals by precinct; (2) Correct any outstanding early vote and second alignment errors identified by presidential campaigns, including ours; and (3) Explain anomalies in the data. Given how close the race is between second and third place, we ask that you take these steps before releasing any final data.

First, release early vote and in-person vote totals by precinct. We share the desire to open up the caucus process to more participants. By most accounts, early voting itself was a success on this measure. The process of integrating early votes into the results of the in-person precinct caucuses, however, was plagued with errors and inconsistencies. We received more than 200 incident reports today from precincts around the state, including a few dozen related to how early vote factored into the in-person results. In some cases, the early vote data was not delivered or was delivered after the caucus began. In some locations, early votes were not used in calculating viability or determining the strength of each preference group. In at least one location, early vote data from the wrong precinct was used. In numerous locations, the early vote totals were allocated to the wrong candidate. In some instances, where a candidate was not viable on first alignment, those early voters who listed that candidate as their first preference were disregarded on second alignment. In other instances, early voters were reallocated on second alignment despite their first preference being viable on first alignment. In still others, the early vote of non-viable candidates on second alignment was not reallocated to viable candidates. We also received a report that early vote data from the wrong precinct was used and another report that precinct chairs had refused to announce the early vote totals for each candidate after first alignment, making it impossible for in-person attendees to know how to realign. To shed light on all of these issues, the Party should release early vote by precinct. The Party is able to do this: every math worksheet is supposed to show both early vote and in-person preferences and the Party has said that it has either electronic or hard copies of all of these worksheets.

Second, correct any outstanding second alignment errors identified by presidential campaigns, including ours. Over the course of the day, we exchanged three dozen emails with the Party, flagging many of the issues identified above. We also identified other general issues pertaining to the realignment process. In many cases -- including in a precinct location on national television -- chairs instructed caucus-goers that non-viable groups could not be made viable on second alignment. In other cases, chairs did not count the first preferences of early voters in deciding if a group had become viable on second alignment. We do not know if these issues were corrected. We also do not know the extent to which the Party corrected errors that we know other campaigns submitted. Before releasing final data, we request that the Party correct these errors and any others that it has identified in performing its own quality control.

Third, explain anomalies in the data. To the extent any errors remain in the data -- whether because of a failure to apply the realignment rules or to properly allocate the early vote -- we ask that the Party provide an explanation as to why the issue cannot be rectified. We also ask that the Party explain other anomalies, including resolving one report we received today in which all early votes were mistakenly allocated to a single candidate even when other candidates were viable and those candidates had early votes.

We know that you have worked tirelessly over the past few weeks to ensure that the Caucuses would be a success. We only ask that you take the time in the next 24-48 hours to deliver on that goal by offering the level of transparency and accuracy that you have promised throughout this process. Please respond by 6:00 AM PT with details on how the Party plans to address the aforementioned requests. If you have any questions or would like to discuss any of these issues, please feel free to contact me at [redacted] or at [redacted]. (I kindly ask that you redact my email address and phone number should you publicly release this request.)

13 Action News contributed to the original story by MICHELLE L. PRICE with the Associated Press.