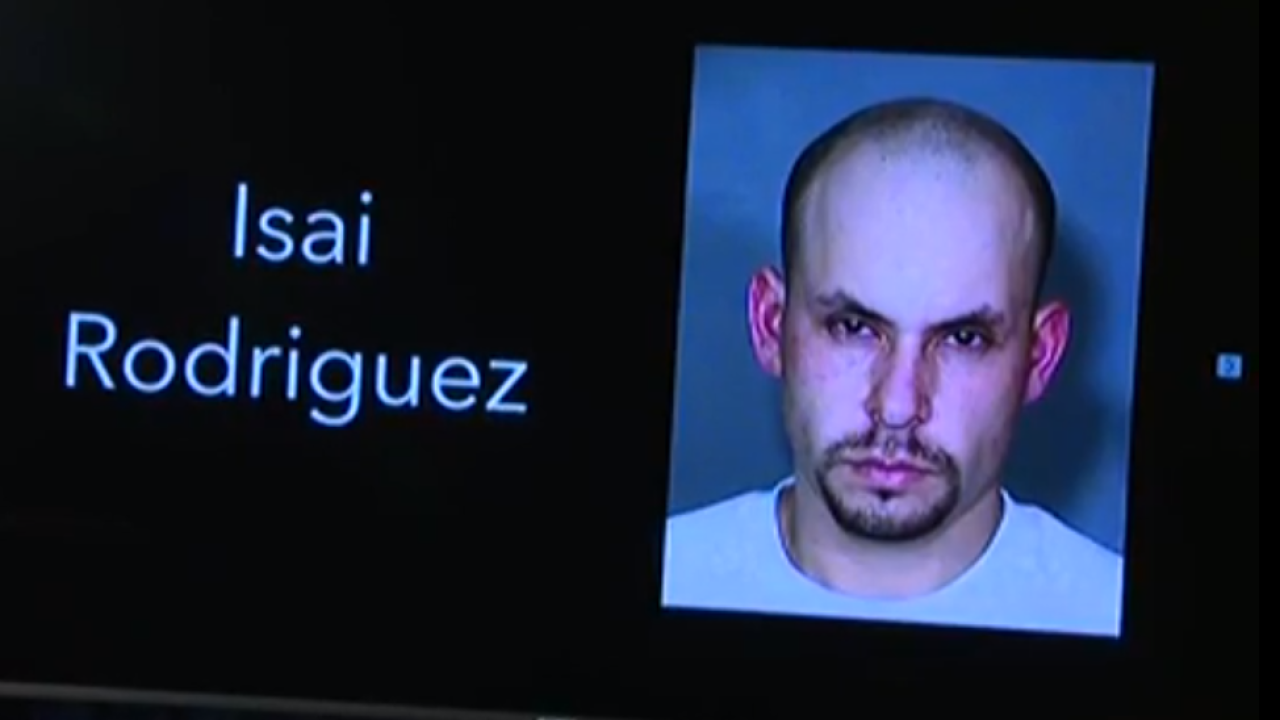 Police were originally called to a home at 471 Macbrey Drive, near Windmill Lane and Bermuda Road, that evening.

Isai Rodriguez, 34, was wanted for several violent crimes, including attempted murder, was shot at that location when detectives were in the process of trying to arrest him.

Rodriguez fired 21 rounds at officers, according to police, while refusing to come outside of the house for four-and-a-half hours.

A SWAT negotiator was also called in at around 9 p.m., but the suspect opened fire on officers with a long gun.

Officers returned fire and Rodriguez was pronounced dead on scene.

Police said the 34-year-old was struck by police gunfire but ultimately killed himself with a shot to the head from his own gun.

Both officers are assigned to the Homeland Security Division, Special Weapons and Tactics Bureau. They have been placed on routine paid administrative leave pending the outcome of a review of this incident.

This was the first shooting involving Las Vegas police this year.