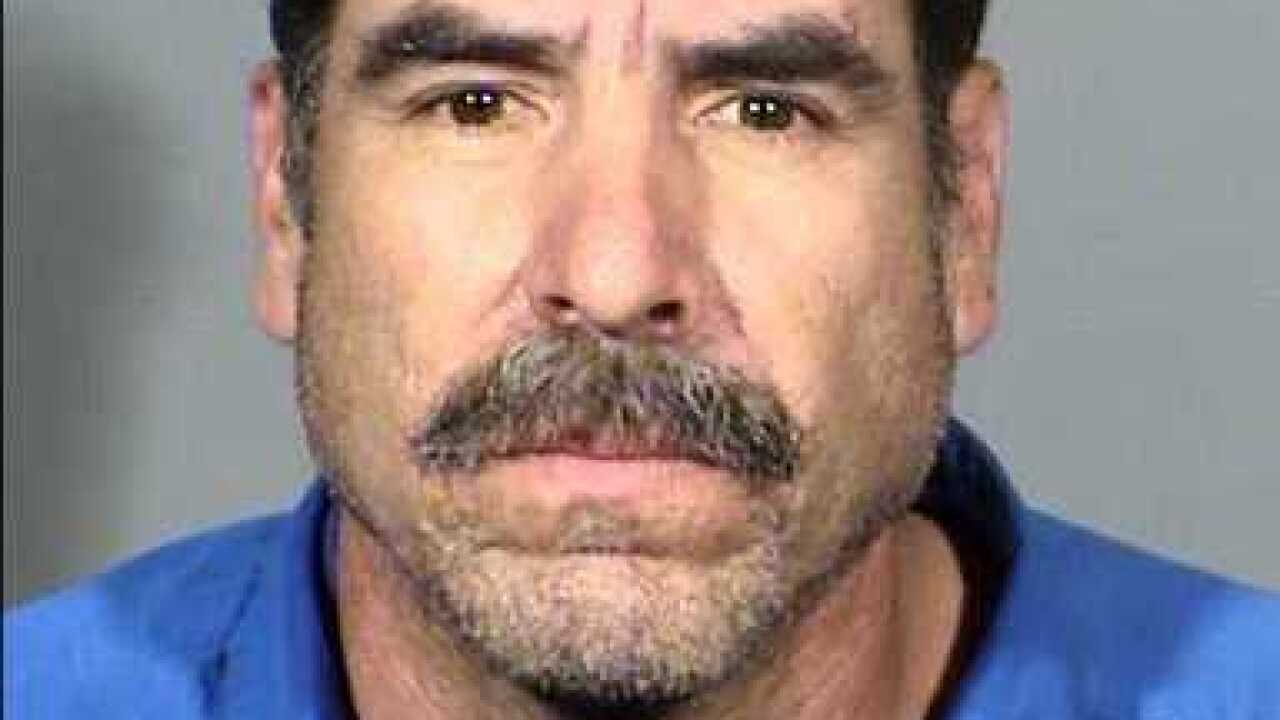 Copyright 2018 Scripps Media, Inc. All rights reserved. This material may not be published, broadcast, rewritten, or redistributed.
<p>JUAN VALTIERREZ ARRESTED FOR CRASH THAT KILLED MOTORCYCLIST. <a href="https://www.ktnv.com/news/police-say-man-with-suspended-out-of-state-license-hit-killed-motorcyclist">READ MORE</a>. </p>

Nevada Highway Patrol says the motorcyclist was attempting to turn onto westbound Flamingo Road from the interstate off ramp when a truck ran a red light and hit the motorcycle.

The motorcyclist has been identified as 52-year-old Keith Welshiemer from Las Vegas.

The driver has been identified as 47-year-old Juan C. Valtierrez. He was arrested and booked into Clark County Detention Center on charges of reckless driving resulting in death, failure to obey traffic device, failure to render aid and resisting a public officer.

The was the 24th fatal crash for the Souther Command of Nevada Highway Patrol in 2018.