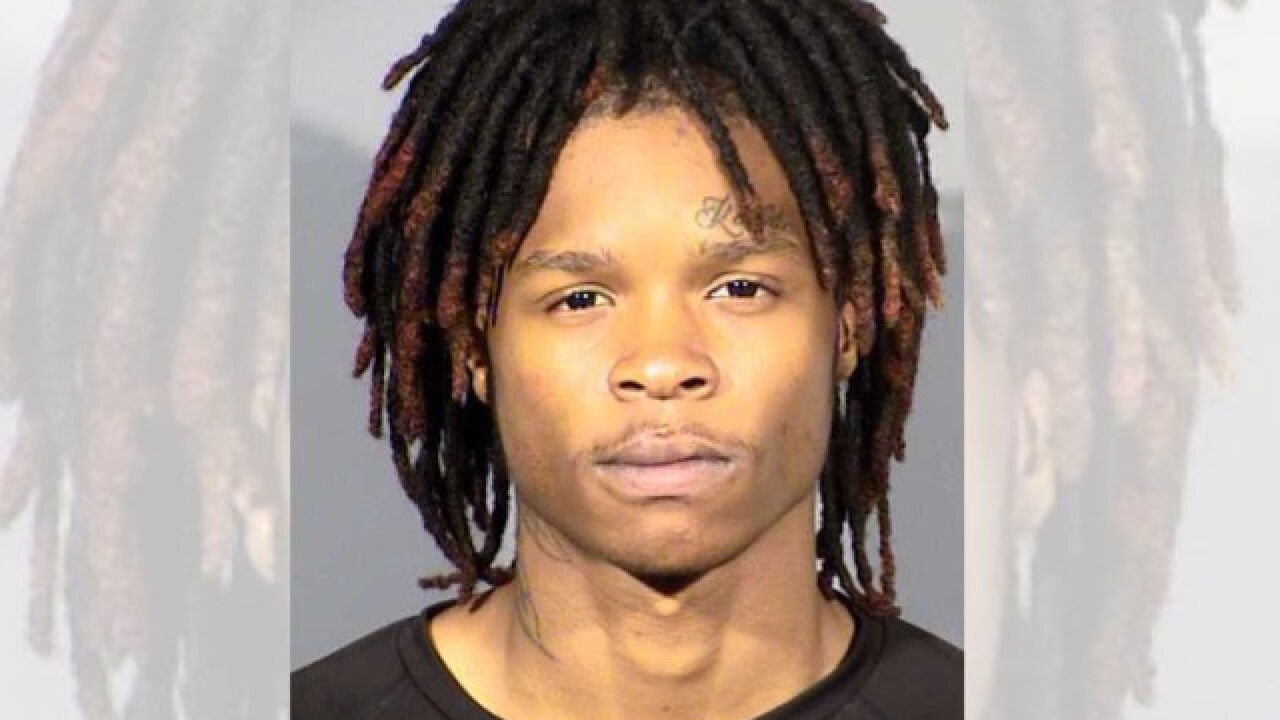 The first incident was reported near Sandhill Road and Lighthouse Avenue at approximately 6:37 a.m. on Tuesday. That situation involved two females who were on their way to school when they heard a voice from behind and turned around to find a male pointing a gun at them.

During that incident, a male was walking on a sidewalk when a sedan cut in front of him. A male exited the vehicle and pointed a gun at the victim and demanded his property.

And a third incident was reported at approximately 9:58 a.m. in the area of Bracken Avenue and 17th Street. The suspect and vehicle description were the same as the two previous.

Wednesday, authorities updated the case with an arrest made of 19-year-old Anthony Carter.

Officers said they were able to locate the suspect's vehicle near the 4800 block of Sahara Avenue being driven by Carter. Inside of the vehicle authorities located some of the stolen property belonging to the victims.

Carter was transported to the Clark County Detention Center and is facing multiple charges.

Police continue to search for a second suspect wanted in connection with these robberies.