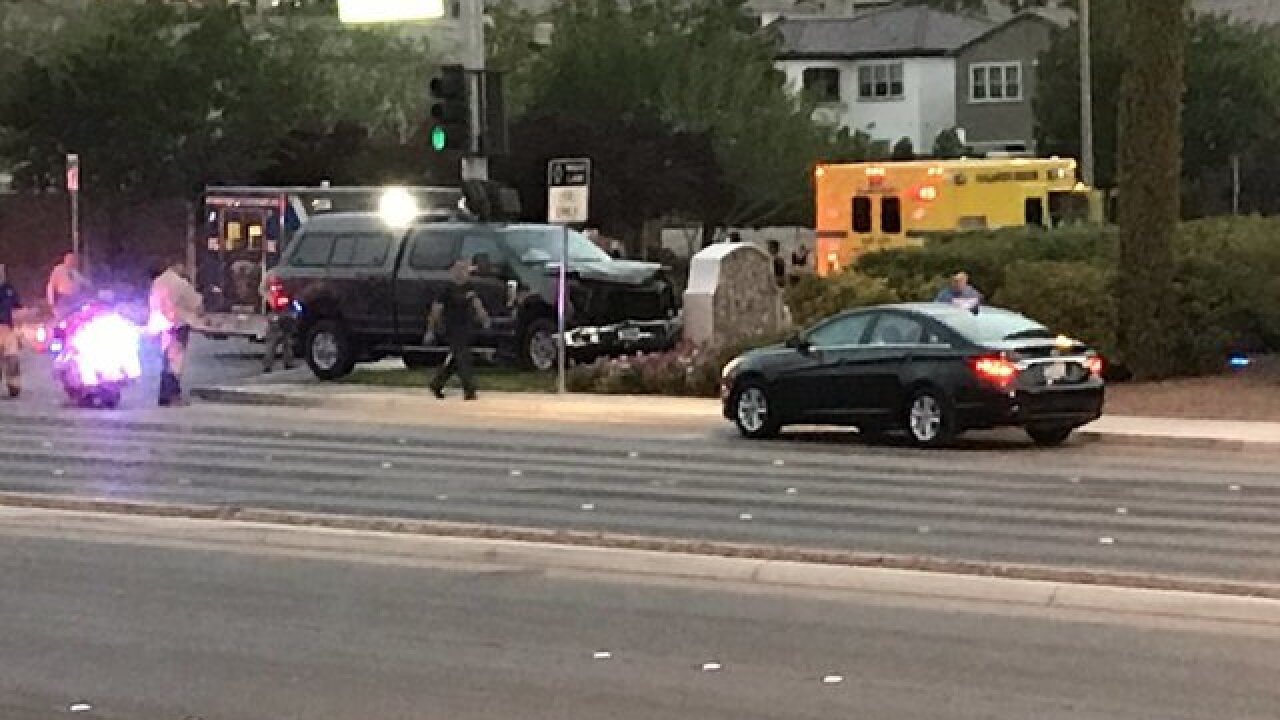 One person is fighting for their life after a two-vehicle crash that occurred at the intersection of Southern Highlands Parkway and South Valley View Boulevard at around 6:50 p.m. Wednesday.

A passenger in the sedan was flown out by helicopter to a local hospital with life threatening injuries.

The driver of the sedan was also transported by ambulance but the extent of their injuries is unknown at this time.

The driver of the truck suffered little or no injuries and was not transported.

LVMPD's Fatal Detail was called to the scene to investigate.

The intersection is closed in all directions and drivers are encouraged to find alternate routes and avoid the area.