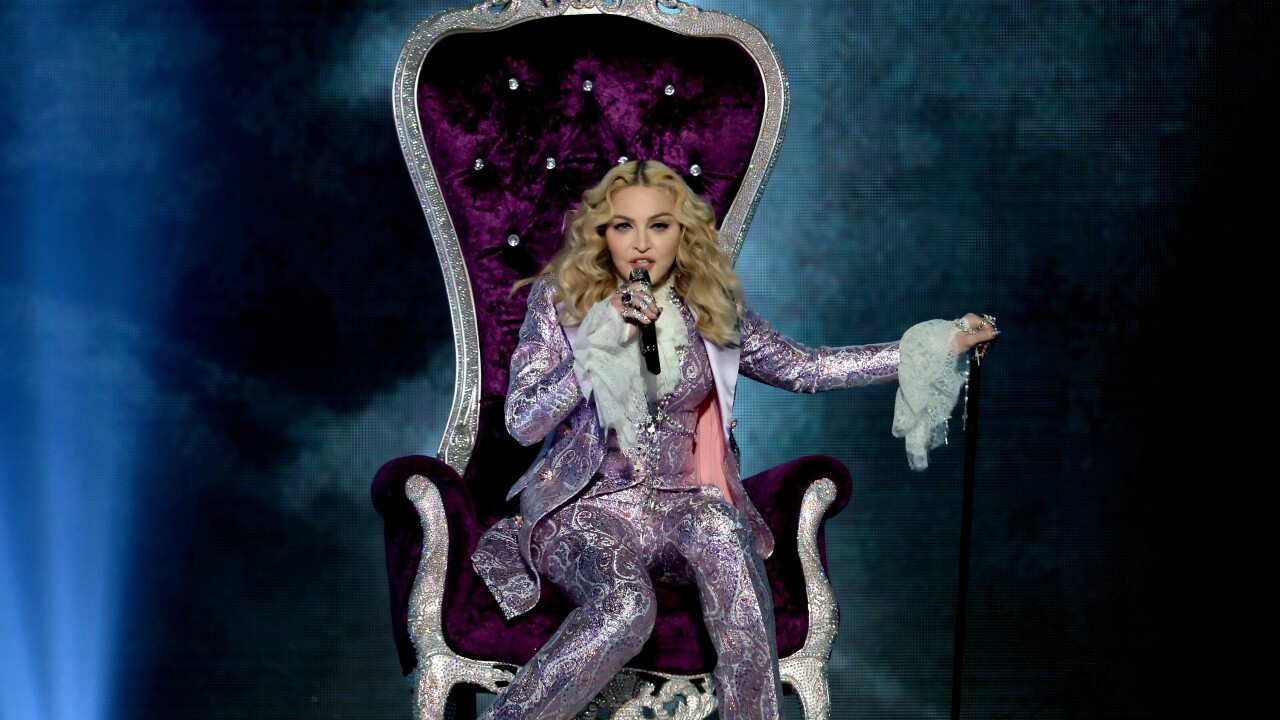 LAS VEGAS (CNN) — "There's something that you all need to understand," Madonna said during her Las Vegas concert, while perched atop a piano, legs swinging. "And that is, that a queen is never late."

The mega star spoke those words to fans during the show this week, posting the video to Twitter on Nov. 8.

And despite the cheers that came from the crowd, not everyone agrees. One Florida fan is betting the law won't agree either.

Nate Hollander is taking the singer to court over her late start times.

Hollander filed a lawsuit Monday in Miami-Dade County court against both Live Nation and Madonna. He alleges that the change in start times for her Madame X Tour is a breach of contract made between the singer and the ticket buyer.

In August, when Hollander bought the tickets to Madonna's December 17 show at the Fillmore Miami Beach, the concert was scheduled to begin at 8:30 p.m., the lawsuit alleges. But on October 23, Madonna and Live Nation changed the start time for that show and several others to 10:30 p.m., the suit alleges.

For those like Hollander, who bought tickets and now don't want to attend a concert that late, a refund has not been offered, he alleges.

And attempts to resell won't make up for the money lost, as tickets have now "suffered an extreme loss of value" because of the time change, he alleges. That makes reselling "impossible," he said.

Hollander originally bought three tickets to Madonna's Miami Beach show, spending $1,024.95, he says in the filing. But, since the show is now starting later than originally planned, he claims that he and other ticket holders "suffered actual and consequential damages including, but not limited to, loss of consideration paid and the devaluation of the ticket."

CNN has reached out to Madonna and Live Nation via email and voicemail, but requests for comment have not been returned.