North Las Vegas police are sharing body camera video of a shooting involving an officer that took place over the weekend. 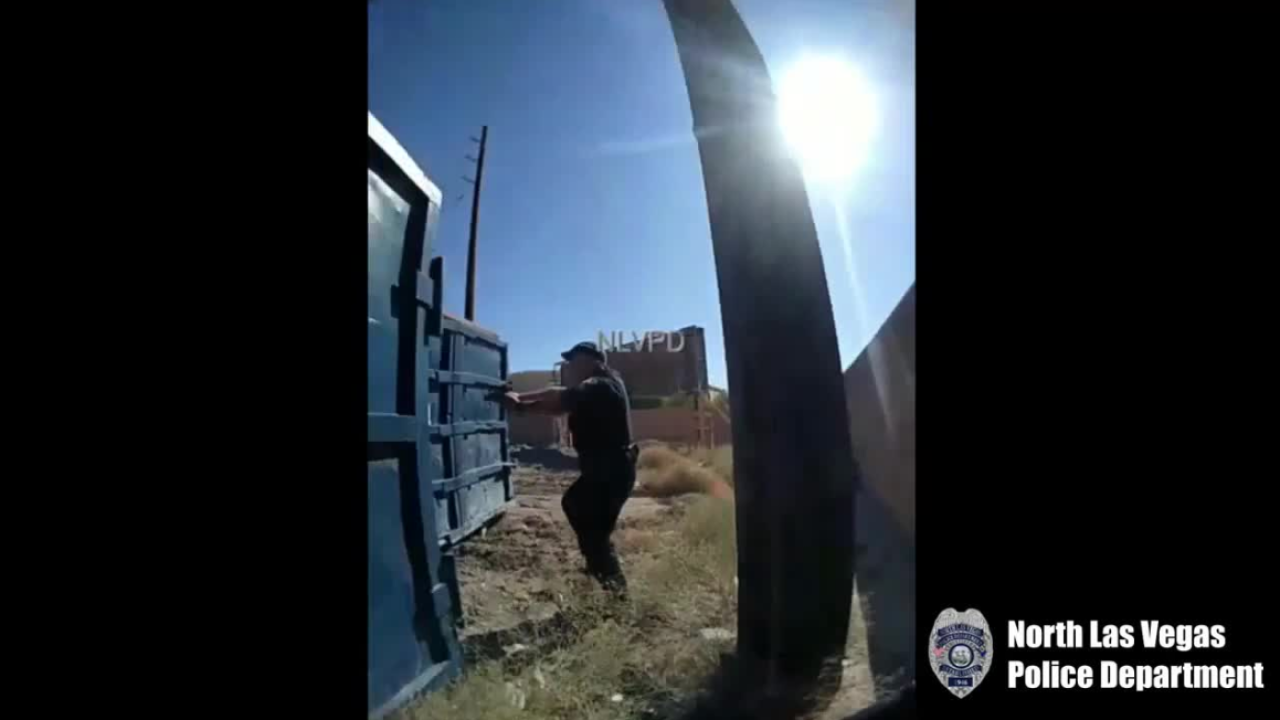 Neither the officer nor Cuautle-Coyolt suffered any injuries in the incident, authorities say.

In the video from Aug. 11, the officer is seen driving a motorcycle before attempting to pull over a speeding truck near the 215 and Pecos.

However, the driver wouldn’t budge and the pursuit goes on.

It escalates when the pickup reaches Range Road and the driver loses control.

Body camera footage shows an officer catching up to the truck off the Range Road exit, just before the suspect can be seen starting the vehicle again and driving towards the officer.

The driver then gets back on the 215, heading east in westbound lanes.

Once he reaches the I-15, the pickup crashes hitting the median wires which stopped that truck from getting from one side of the 15 to the other.

The suspect then took off running, and made his way into a nearby salvage yard.

NLVPD called for a backup K9 from Las Vegas Police to help with the search and was able to find the driver hiding under this dumpster.

The suspect was taken into custody.

This is the second officer-involved shooting with the department.