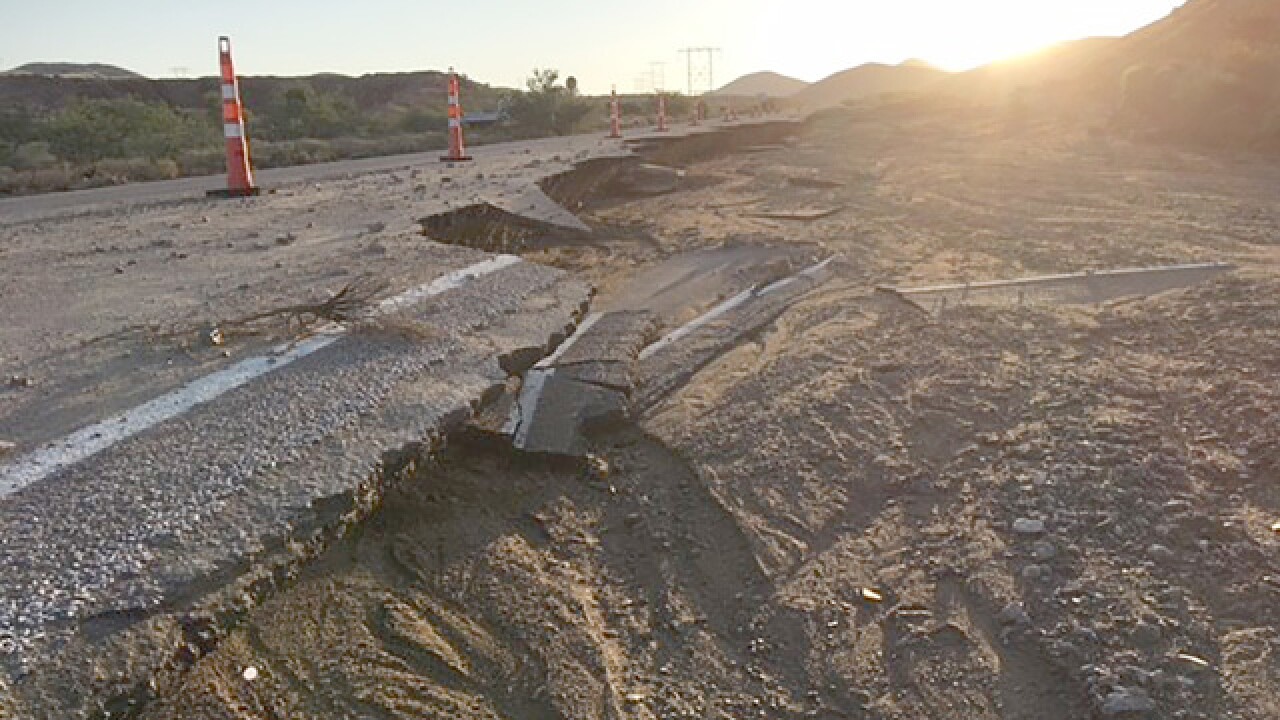 Copyright 2018 Scripps Media, Inc. All rights reserved. This material may not be published, broadcast, rewritten, or redistributed.
Nevada Department of Transportation 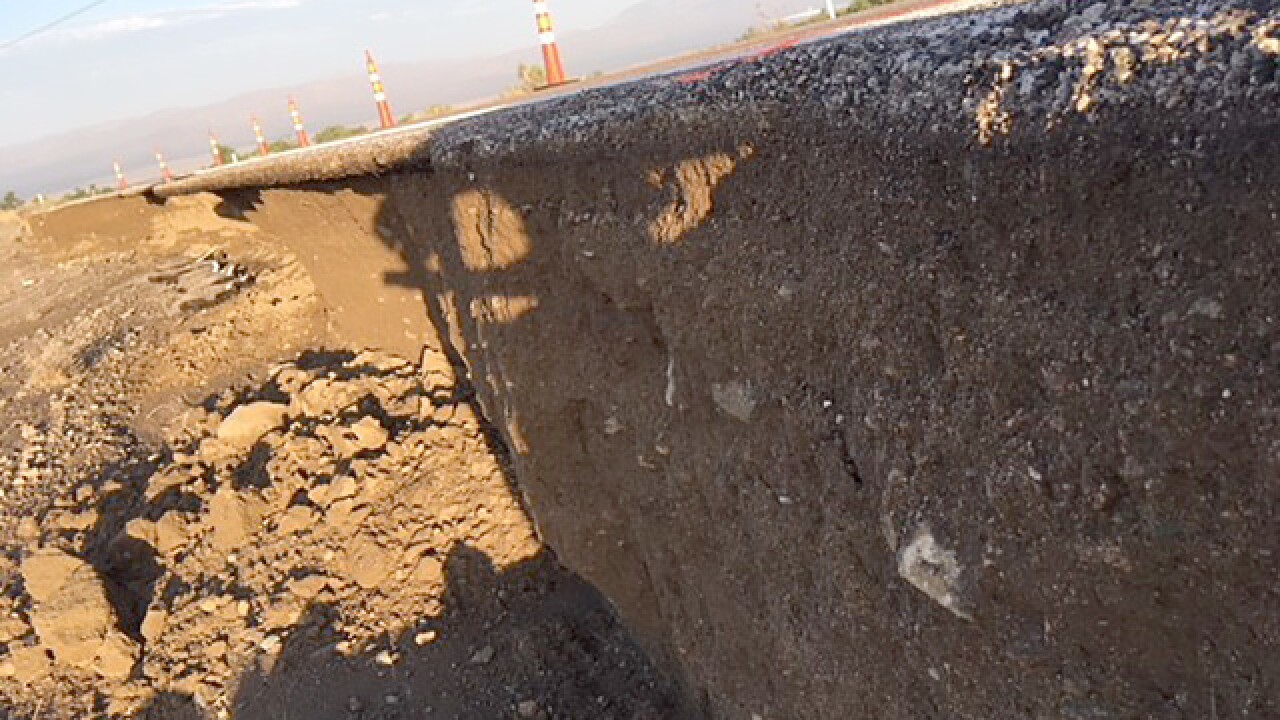 The Nevada Department of Transportation closed Nipton Road — State Route 164 — in southern Clark County on Wednesday due to flash flooding.

Storm water washed away portions of roadway between Mile Markers 2 and 6 near the California state line.

The two-lane road will remain closed to through traffic until emergency repair work can be completed.

The average traffic along Nipton Road is less than 1,000 vehicles a day. The route connects U.S. Highway 95 in Nevada to Interstate 15 in California, just south of Primm, via the small town of Nipton, California.

The department is issuing an emergency repair contract next week with work starting shortly thereafter. The planned improvements are expected to cost about $3 million, and include placing new roadbed, asphalt paving and storm drainage upgrades. Construction is anticipated to take six to eight weeks to complete.