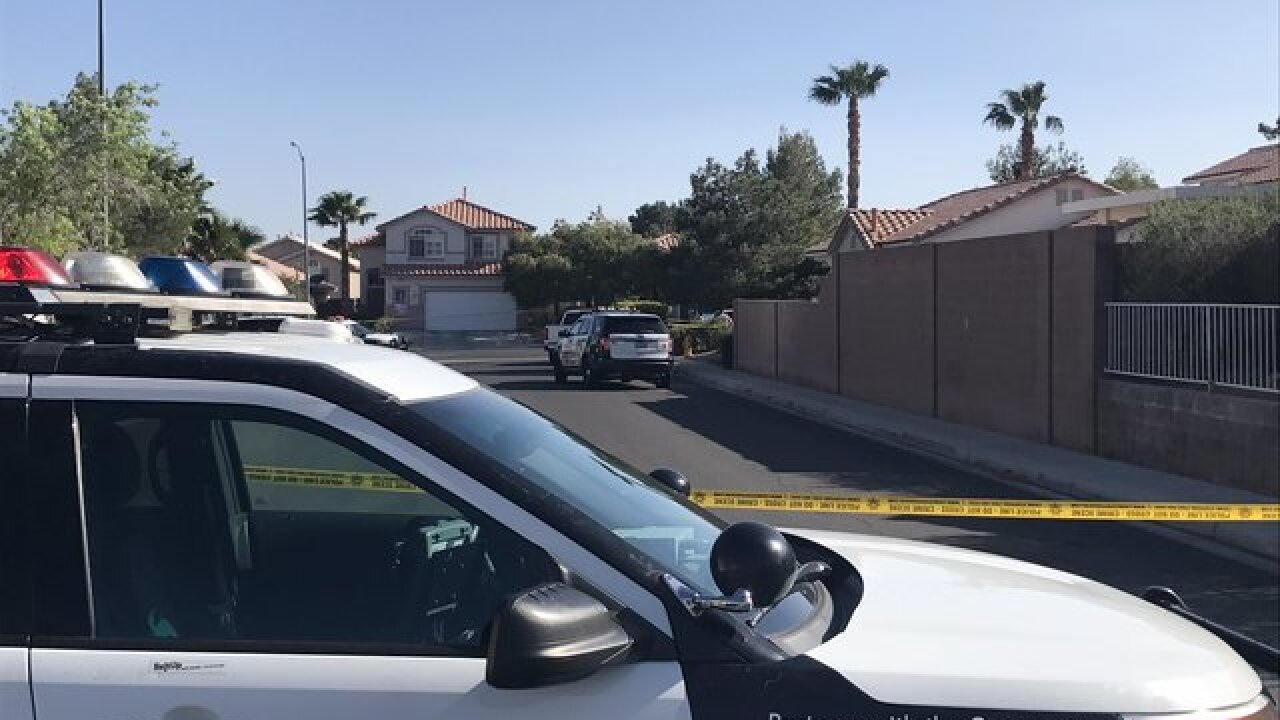 Copyright 2018 Scripps Media, Inc. All rights reserved. This material may not be published, broadcast, rewritten, or redistributed.
Tom George/KTNV

This is a roundup of all the breaking news from around the Las Vegas valley for April 13, 2018.

Radio show host and long-time Pahrump resident Art Bell has died according to the Nye County Sheriff Department.  Bell was the original owner of the Pahrump-based radio station KNYE 95.1FM and was known across the U.S. and in Canada for his paranormal radio program, "Coast to Coast."  He passed away at his home in Pahrump at age 72.

Oakey Boulevard is closed near Jones Boulevard after a vehicle hit a pedestrian, according to the Las Vegas Metropolitan Police Department. The pedestrian was taken to the hospital with critical injuries.

Las Vegas police said a grandfather shot his grandson in the head after the grandson pulled out a knife in an argument during the incident on Pioneer Avenue. The grandson is in extremely critical condition while the grandfather has been detained. Homicide detectives are on scene.

#UPDATE: @LVMPD says grandfather shot his grandson in the head after grandson pulled a knife in an argument, grandson is extremely critical and grandfather has been detained - homicide crews on scene near DI / Grand Canyon @KTNV pic.twitter.com/uNfaS2qriy

Police say a male was shot at a residence in the 9800 block of Pioneer Avenue near West Desert Inn Road and South Hualapai Way on Friday afternoon. The victim was transported to University Medical Center in unknown condition. One person has been detained.

The Las Vegas Metropolitan Police Department is searching for two overturned jet skiers in Laughlin. They were last seen south of Harrah's.

Henderson police say that a business owner held a man at gunpoint in the 1000 block of Whitney Ranch Drive between Russell Road and Patrick Lane.

Officers say the boss recognized the man as a person his female employee had a temporary protection order against. The boss decided that the best course of action was to hold the man at gunpoint until officers arrived.

The man was taken to jail by police for violating the protection order and no one else was charged.