New program helps local with Down syndrome to graduate UNLV

This Saturday, thousands of UNLV students will celebrate graduation. And one of those students is a trailblazer. Clayton Rhodes is about to become the first student with Down Syndrome to graduate with a 4-year certificate from UNLV. Beth Fisher reporting. 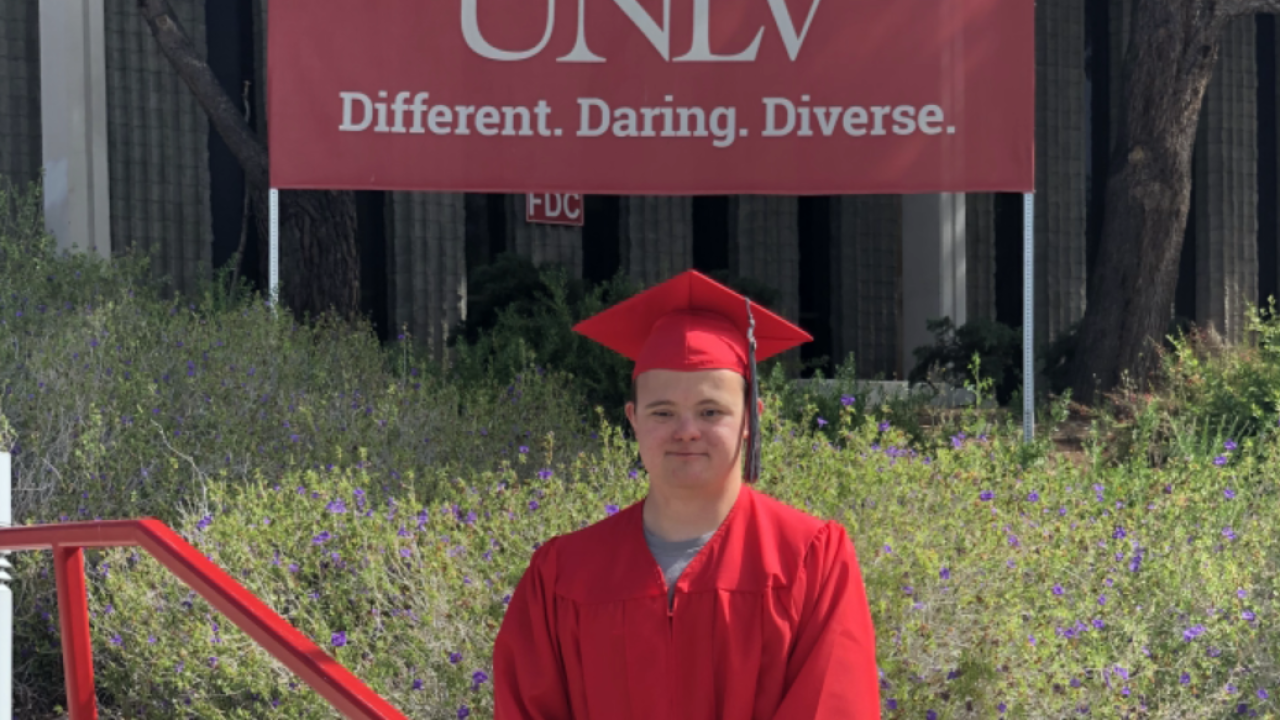 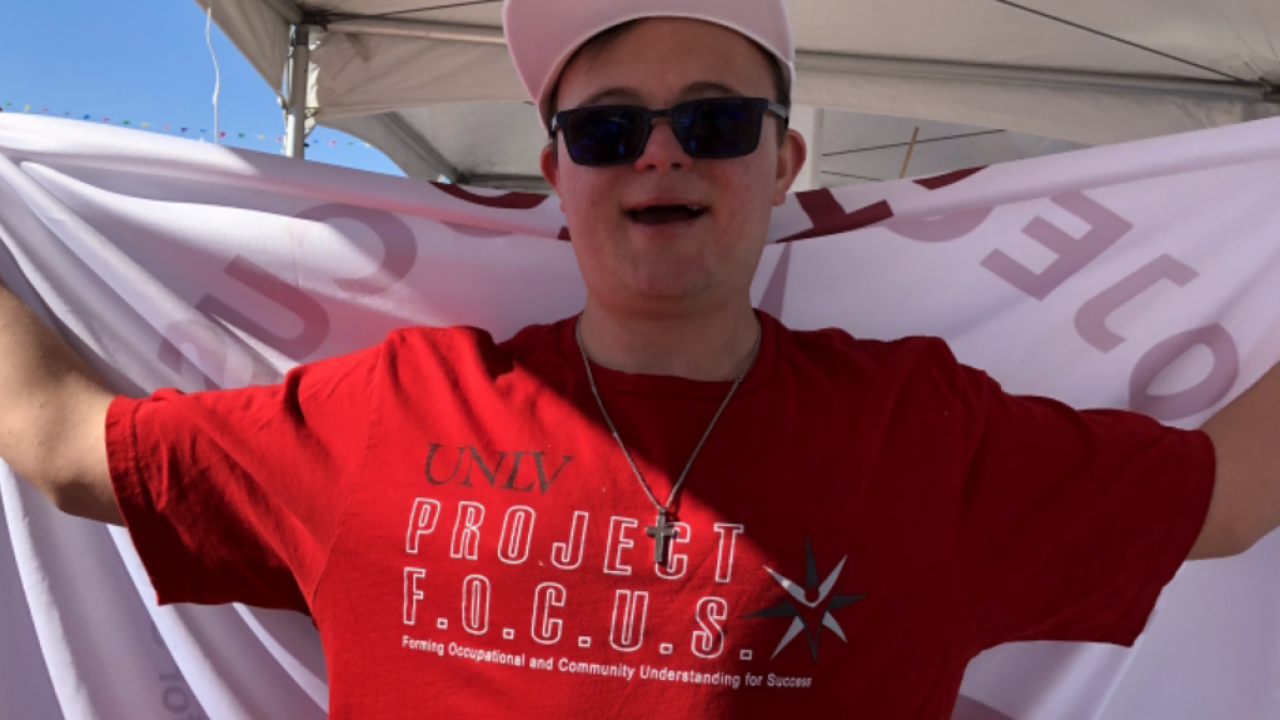 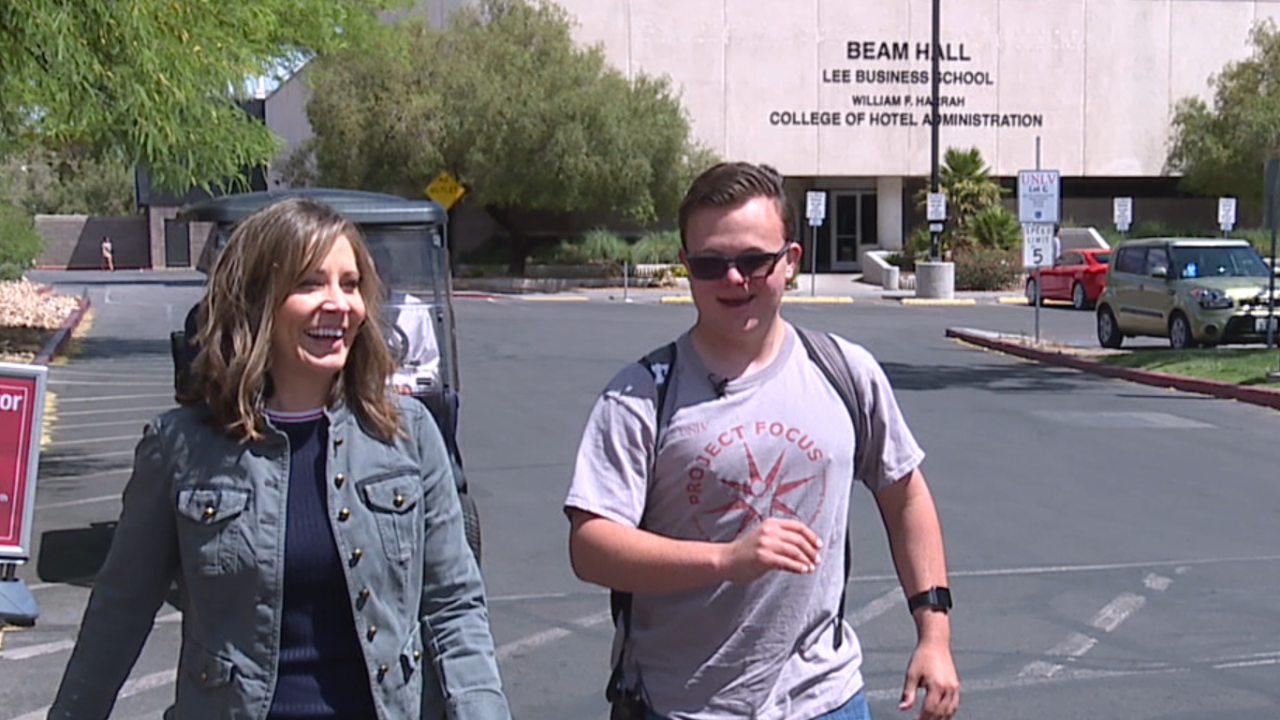 LAS VEGAS (KTNV) — This Saturday, thousands of UNLV students will celebrate graduation. And one of those students is a trailblazer. Clayton Rhodes is about to become the first student with Down Syndrome to graduate with a 4-year certificate from UNLV.

Clayton says he always knew he would go to college. He says it's important for students like him to pursue college. "We are all different people in the World."

Clayton was the first student to enroll in Project Focus -- a college program for people with intellecual and developmental disabilities.

But Shelley says in these four years, Clayton has thrived academically and socially, becoming more independent.

And that's what the Project Focus team sees happening with all of their students.

Ryan Wennerlind is the Associate Director of Project Focus. "All students no matter the disability are going to go through the same learning process in college.They experience growth and development just like anyone else."

"My name is Clayton Rhodes and I studied the UNLV basketball team."

We sat in on Clayton's sports history class, when he gave a presentation on the UNLV basketball team.

He's been attending games since he was an infant and rarely misses one. For his broadcasting class, Clayton produced a video on the Aviators new ballpark. He hopes to find a job in the sports world when he graduates.
But no matter what his future holds...he's changed the future for so many students like him.

Mom Shelley says, "This is about giving other families the hope that there is something out there for their child after high school."

This isn't the first time Clayton has broken barriers. He was the first student with Down Syndrome to attend Merryhill Elementary, Faith Luthern Junior and Senior high school, and now the first to complete four years at UNLV. There are now 25 students enrolled in the Project Focus program at UNLV, following in Clayton's footsteps.